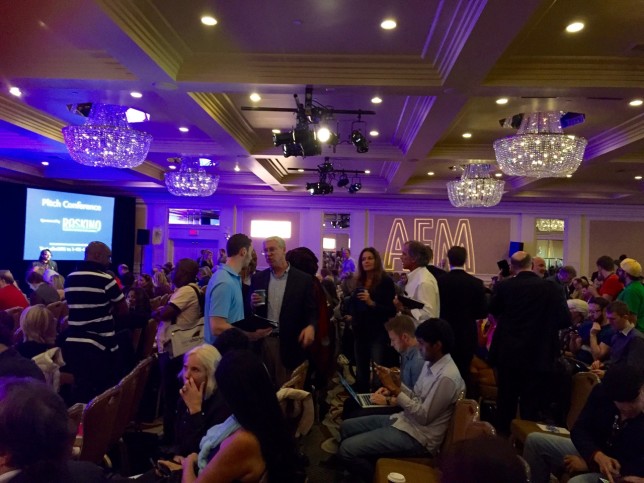 Every year, the American Film Market and Conferences takes place in Los Angeles in November. Films are bought and sold, people in the film industry meet up, conference talks and sessions abound, and along with the Berlinale and EFM (European Film Market) in Berlin in February, and Cannes Film Festival in Cannes in May, it is a big blip in the film calendar to buy and sell, help get films made, and generally hob nob with the industry.

Here are the top tips and hot, sweaty news from this year’s American Film Market:

Tip: 90% of this industry is about connections. LIAISE, MEET PEOPLE, BE PRESENT. Everyone involved in filmmaking (with the exception of perhaps the actors) should go to AFM at least once at the beginning of their careers. Or, one of the above mentioned Euro-counterparts if not in the US. Sundance, Toronto, or one of the big film festivals are a good swap too.

Down-low: It is an incredible, practical learning experience. You have to meet people, get your face out there.

An action movie with Jason Statham; it will always get a yes.

Tip: The $20 mil budget is now the $5 mil budget. Smaller budget films are always more attractive in today’s industry. Unless you have huge talent or director on board. Or, are a comic book series. Or, are making something in China who are getting into bigger budget films.

Down-low: If you can make a film for less than you think or want, do it. It is less to recoup when selling it.

Tip: The emerging markets of the film industry, China and Africa, offer huge potential as places for funding/making if you are bold enough to take advantage of them. It was a big focus at the conference.

Down-low: China is the fastest growing film market in the world, and they are REALLY open to foreign collaborations and desperate for content. Look into: China Film Co-production Corporation and Orb Media Group.

Tip: People from the production side are often very dismissive of actors behind closed doors, but in order to get most kinds of distribution, you have to have a named actor on board.

Down-low: I know most struggling actors don’t want to hear this, nor filmmakers. One of the main roles needs to be a named talent to compete. This doesn’t mean the rest of cast can’t be less expensive, more unknown talent. Actors want to work on good material. If you have a good script and are tenacious, you can find someone. And, it doesn’t have to cost an arm and leg.

Tip: General Consensus: The TV bubble is going to burst in two to three years. There is a massive amount of content out there right now. It is all cyclical.

Tip: Film genres that people are willing to take financing risks on, or even look at to buy/sell: Thrillers, Action, Sci-fi, Comedy.

Down-low: For established, well-known actors and filmmakers, they are often willing to support their passion projects in return for them to then do a big studio movie (Angelina Jolie-Pitt’s By the Sea was referenced). This is not the case for indies and unknowns. This doesn’t mean to give ideas up. A good project is a good project and might make a name for you, do well at festivals. You just probably won’t make any money with it. Their ideal: An action movie with Jason Statham; it will always get a yes.

Tip: There is a massive need for new, good, unique content. Though, most producers at a certain level will not touch your script unless recommended by an agent, director, or someone they know. For legal reasons, they also won’t usually work with people who aren’t represented by an agent or manager.

Down-low: Make your own stuff. Get it out there. Get a connection passionate about your work, who might be willing to introduce you and pass your stuff along. Submit to competitions and festivals. Some agencies, or offices, will let you submit scripts to them, and will usually say so on their websites. If not specified, DON’T BOTHER. They will not read it. You usually need to have done well with something to get their attention. This is straight from the mouths of Tobin Armbrust and Cassian Elwes.

Tip: For pitches, you will usually not be able to reference notes in a meeting, and it is distracting if you constantly look down. Know your material backwards and forwards. Practice, practice, practice. Lead with the genre. Be specific. If it’s incredibly unique, or hard to define, you won’t sell it. Theme just needs one line. Have another film on reference if they want a similar example. Don’t say “I think” under any circumstances. Know. Give concise plot, but also the point. NEVER, EVER ARUGE.

Down-low: Be passionate, confident, and know your project details.

Whew! Clear as mud, huh? Well, if you take one thing away it’s that this industry is daunting and crazy and nearly impossible. Though, if you have good ideas, get them out there. Write them. Start to meet people. Get things made. Amazing things happen every day. There were plenty of independent, successful filmmakers, directors, producers and writers around doing incredible things. Be one of those. Be the inspiration. 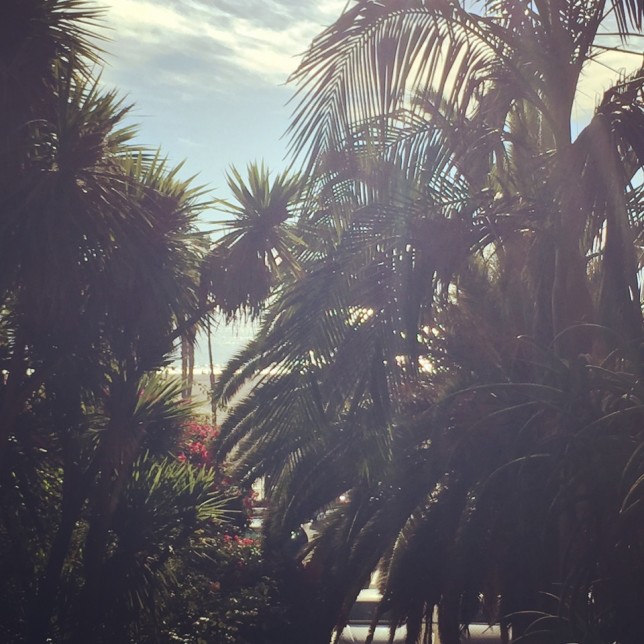