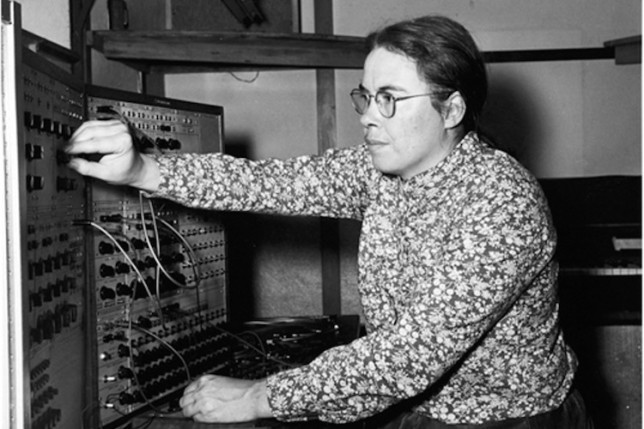 This post and accompanying photos originally appeared on Flypaper and are published here with kind permission. Written by Max Alper, a musician, sound artist and educator living in Brooklyn.

We as musicians and music lovers find ourselves forming cliques. We congregate in venues, on social media, meeting folks who share our aesthetics and sonic tastes; we personify the People Like Us, or PLU, mentality.

These cliques, no matter how “avant-garde” they are, tend to build rules and restrictions to maintain said aesthetics. In other words, “They’re a bunch of goddamn country clubs,” as told to me by Sam Hillmer, cofounder of Ridgewood, Queens, performance and community space Trans-Pecos and founding member of the genre-bending band Zs. Today, we see free improvising noise musicians criticized to their face for utilizing pulse and melody, black metal bands spat upon for writing in a major key, MCs told they’re wack because they choose to scream rather than rap. I’ve even sat in composition seminars with new complexity advocates who have told me the notes in my music are too “note-y.”

In the year 2015, we see more and more audiophiles diving deeper into the terminologies of genres and the sub-genres and the sub-sub-genres. We don’t let sound define itself, we label first. And when we label we might hear the sound, but are we listening? When we are up front at the concert, staring deeply into the performer’s gear as they twiddle their knobs and fade their faders and bleep their bloops, wondering how their live sound reflects their technical process, how their live technical process compares to that of the studio, analyzing this and that, are we even listening to the music anymore?

When I find myself leaning towards this opinionated, often more conservative, “trained musician” mindset, I lean on the sound and writing of Pauline Oliveros, my Mother Gaia, to take me home and guide me back towards the light of an accepting soundscape.

For the uninitiated, Pauline Oliveros is an American composer and performer known for her pivotal work in the development of electronic music in the post-war era. She is a founding member of the San Francisco Tape Music Center, where she worked alongside Ramon Sender and Morton Subotnick (whom I studied privately with at the Brooklyn College Center for Computer Music).

By combining the utilization of cutting-edge technology, such as the first Buchla Modular Synthesizer, with the counter-cultural environments of 1960s San Francisco, Oliveros and company were able to craft a new school of theory and performance for the post-Cagean music world, known to many as simply the West Coast School. This term would also encompass the earlier works of two of the soon-to-be forefathers of minimalism, Terry Riley and Steve Reich, both of whom composed some of their best-known earlier works while involved at the Tape Center (In C and It’s Gonna Rain, respectively).

Since her early years in San Francisco, Pauline Oliveros has preached the philosophy of deep listening, an idea that she actively utilized in her own improvisations and compositions, but also one that we as music lovers, and humans, should embrace into our daily lives. The idea that we should embrace the soundscapes of our lives, take the headphones off, listen to what we are hearing, and respond to it with spontaneity and acceptance. As a meditation practice, deep listening tells me to hear anything and everything as valid and purposeful. When applied in terms of musicianship, deep listening tells me not to exclude, to hear all participating musical voices and actually listen before reacting.

+ Read more: Explore the concept of ambient soundscapes in “What is a Soundwalk?”

Pauline Oliveros’ work has been classified and categorized by critics and listeners alike as several things: “ambient,” “free improvisation,” “chamber music,” “noise,” “minimalism,” “maximalism,” etc. I like to think of her as someone who doesn’t have those words in her vocabulary, and honestly I hope one day we will think the same way when we compose.

We can spend hours talking about how monumental the music of Oliveros is, but what we need to learn from her as musicians is her process. The process of approaching all sounds as acceptable materials is the only way to move forward into new schools of composition and performance. The year is 2015; the digital age has provided us with more sounds and resources than ever before. Yet with the influx of information comes more divisions, more cliques, in the development of art. We set these limits for ourselves on what our sound should be and whom we should be booked to play with. Stop concerning yourself with what’s kosher for the “scene” and LISTEN to what the other guy has to say.

In other words, ALL musicians can benefit from having some Pauline in their lives, so gosh darnit, why not give her a try?

There is now an IndieGogo campaign to fund the production of a new full-length documentary about the life and work of Pauline Oliveros. Please donate if you’re interested to help make this film happen! For more information on the teachings and music of Pauline Oliveros, please visit her foundation’s website at www.deeplistening.org.