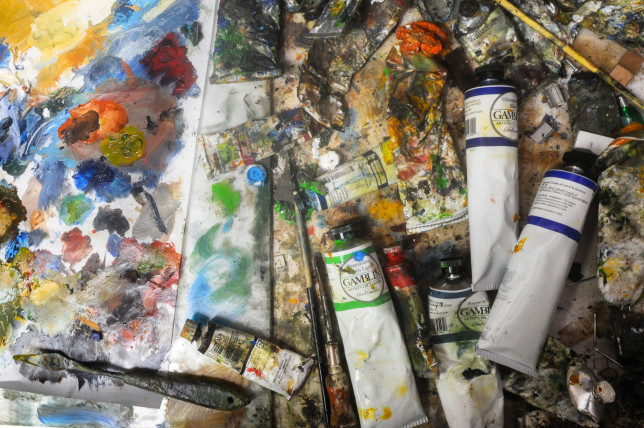 Mark Beck is an American painter whose work draws from the landscapes of this country and echoes the tradition established by the great 19th century Hudson River School. I sat down with Mark to talk about painting and the changing economics of being a painter in America.

Clarke Condé: Are you from New Mexico?

Most of my clients were in New York and worked for Wall Street, from what my dealers told me.

Mark Beck: I was born in New Mexico, but I was raised in the Bay Area. I have five brothers and sisters. My mom and dad moved back here when I was about 20 and took all the kids. I moved back here 15 years ago. My mom’s whole family is here, what’s left of them. We were always out here so I am very familiar with New Mexico. It feels like home. I couldn’t wait to leave California. I don’t miss it at all. I miss friends, but as far as the sensibility there, I don’t miss it at all. It’s so different here. In California, it’s all about money and careers and cars. Here it’s so laid back and unpretentious. Especially Albuquerque. Santa Fe is not, though; Santa Fe has lofty ambitions. 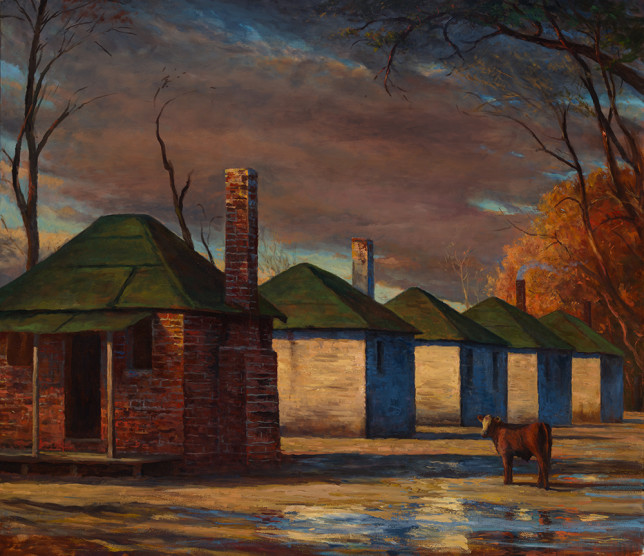 What kind of art do you do?

Mostly oils on linen or canvas, but some watercolor and printmaking.

Tell me about your background?

What is the worst show you ever participated in?

One time a dealer gave me a show that opened right around April 15, Tax Day, and I didn’t sell anything. Otherwise, I’ve always sold well. It’s different now for every artist I know. 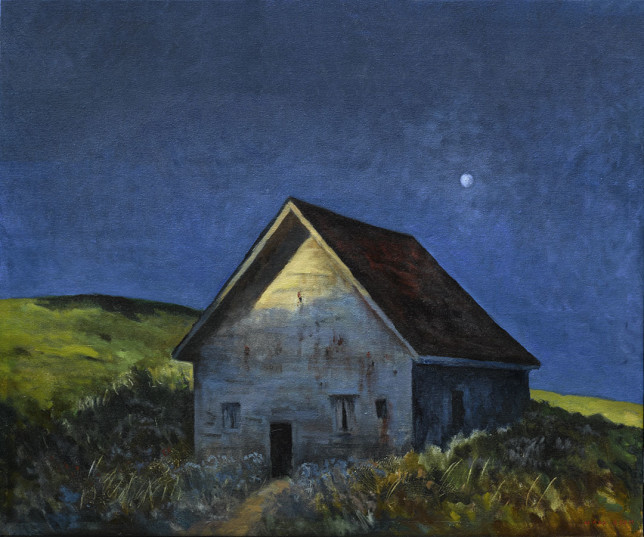 The price of my paintings worked well for upper-middle-class people. Most of my clients were in New York and worked for Wall Street, from what my dealers told me.

In 2007, when Lehman Brothers crashed and all that came down, they all got fired. A lot of people lost their jobs and that market just changed. I’ve still sold through these years, but the blue chip market is now hotter than ever. The million-dollar deals—the really expensive paintings. There is a market for small paintings, that’s why I have so many big paintings. They’re from those days. I used to sell all those big paintings. There’s just not the same kind of buying going on.

What is it about the smaller paintings?

They are just less expensive. 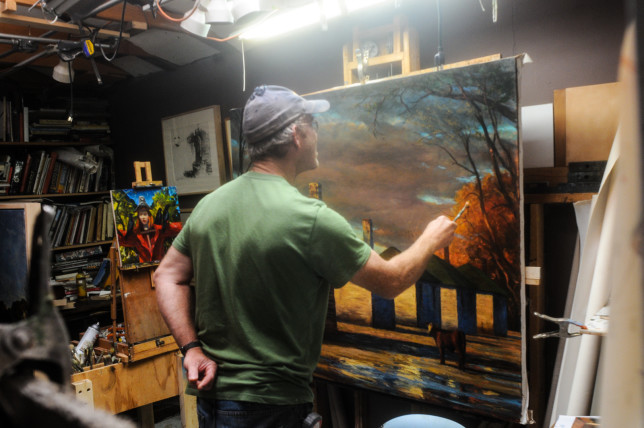 Mark Beck in his studio. Photo by Clarke Condé.

Who are your favorite artists at the moment?

I look at artists’ work all the time. I just looked at 20 different artists’ work at a gallery yesterday and remember a few of them that I liked. There is a guy named Charles Benefield, he does really odd stuff, but it’s good. There is woman named Julie Heffernan. There’s a guy named Scott Greene who actually lives in Bernalillo. I am forever influenced by certain people from the past and I am always looking at artists’ work, so it’s ever-changing as to what I see and like.

What is the most helpful tip you could share with aspiring artists?

If you have to do it, you’ll find a way. 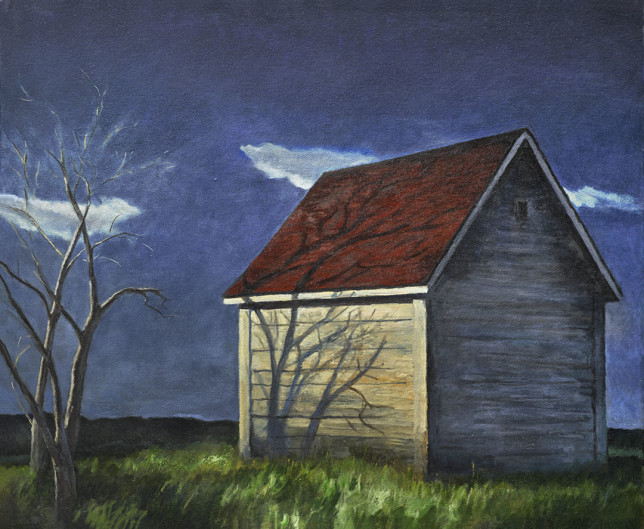 Is there a commercial tip as opposed to an artistic tip?

I’m not really sure because things are changing. I’d say be really computer-savvy. Know how to work with all digital avenues in order to promote your work. I think that would be the key. I’ve caught up with that pretty well with my wife’s help. There is no way I could have a career without a website. It’s an absolutely basic element. It’s like a business card.

I think the model of oil paintings that start out inexpensive because you are unknown and then grow exponentially because you become more known is fading because of the money. There just isn’t that kind of money anymore for people to buy artwork. People do want to buy artwork and they’ll find good artwork, but it is less expensive. If you are a die-hard oil painter and you can find a way to sell it less expensively, I’d say that is probably the way to go.