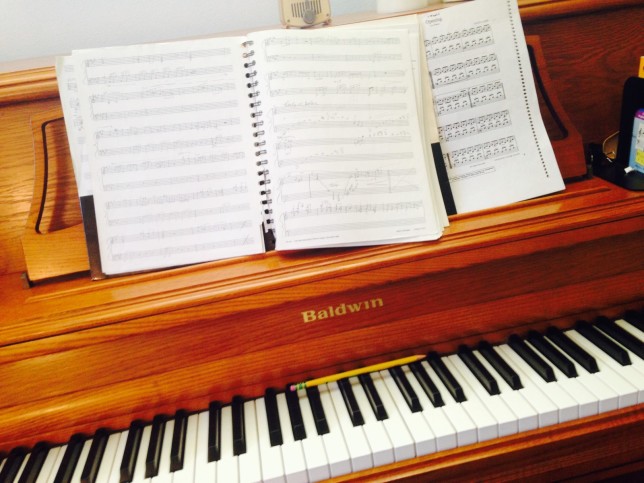 Am I the only artist in the world who would rather stay hidden quietly under my bed until I come out to perform shows? I’m sure I’m not.

I was so happy to discover many years ago that it’s actually not an oddity to be an introverted person whose job it is to get up and perform in front of hundreds or thousands of people.

I hate posting fake stuff, so instead I tend to post nothing at all.

You have to post stuff. And not just anything. It has to be clever or funny or poignant. And it’s supposed to be mostly about you and what are you doing right at this moment. Because apparently you are fascinating. And then you’re supposed to both tag other fascinating people and use hashtags in order to draw MORE attention to your fascinating self.

And not just once a day. Several times a day. Every day. And not just in one place, in So. Many. Places. And linking them is considered a faux pas, each feed should be completely unique.

Suddenly I don’t just have to perform live several times a week.

Now I have to perform live approximately 20 times a day.

You want to know what I’m doing right now? Like, RIGHT now? And you want a picture? Um, are you sure? 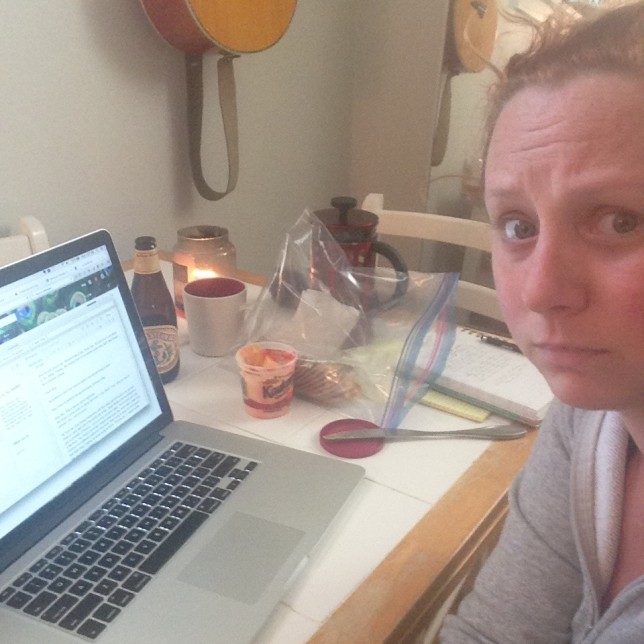 Dear The Interwebs,
If I have to pretend for one more minute that anything about my day-to-day life is interesting, I may lose my mind.
This message will be posted against my will in five seconds along with an obtrusive picture. #sundayselfie #nomakeupdontcare #stoplookingatme #whoinventedthis #helpme
Love,
Kat

Yes. That’s me with zero makeup writing the blog you are currently reading while simultaneously drinking coffee AND beer and enjoying some Kaukauna Port Wine Cheddar Cheese spread. Because that’s how I roll. And because I’m from Wisconsin, and it humors me that they sell this stuff in the gourmet cheese section of the grocery store here in San Francisco while growing up this was the cheap cheese-n’crackers stuff you put out to tide the kids over until it was time for the big family dinner.

Is that actually interesting? I mean, is it? Cheese spread?

I don’t find it so. I don’t find most of my life interesting. Which is why I have a really hard time posting anything about it. And because I feel that I don’t have any thing interesting to share, it kicks me into “performance” mode. I’m under a magnifying glass and I’m not being entertaining enough. Everyone is looking at you. Quick! Do something!

Suddenly I don’t just have to gear myself up to perform or go out in public, I have to gear up just to check my phone or open my laptop. And that is the worst.

On some days it gets to the point that even logging into one of the social media sites gives me a quick wave of anxiety. And suddenly I feel like I have to put on a front or create a persona just to get through a regular day.

There are parts that I do find interesting. Or at least extremely humorous.

For instance, there’s a chance I’m in front of the computer in a van going 80 down the freeway in Texas, or the chance that I’m behind a piano keyboard in front of about 300 people in Boston. And I’m no one special, but a few times a year I have to get all dolled up and pose in front of a camera for these crazy photo shoots. I find that hilarious. Same thing with music videos. I will never get used to saying, “I have to shoot a music video on Friday.” Whaaaat? And Sit Kitty Sit has been on tour for the last four years, so I travel a lot. I post things about the places I travel to.

But not every day. The fourth time you’ve been to the same gas station in the middle-of-nowhere Wyoming, while still beautiful, isn’t that interesting.

The one caveat to this is that I do love having real conversations with people over social media. I love it when a joke turns into a back-and-forth which turns into something endearing. I love it when I get into songwriting challenges with other artists, or hear from someone who has a song I wrote stuck in their head. The real people part is what I totally love.

Yes, I know (and often use) the tips and tricks to handle having “successful” social media streams when you’re only one person and have to handle upwards of five or six different streams. But while I understand them and am even good at using them, they aren’t “real.” It’s not live. It’s not what’s really happening. No, I was not at a cafe this morning looking at a blank journal page next to a picturesque latte with one of those little foam leaves on the top. I took that picture two months ago in a different state. You don’t want to know what I was really doing this morning. (Cleaning out the litter boxes. Ew.)

And part of me really hates doing that. I hate posting fake stuff, so instead I tend to post nothing at all.

I’m still working on finding a balance. I’ll be all over social media for a few months, then I vanish completely. It’s inconsistent and everyone I work with tells me it’s the “wrong” way to do it. But at least when I do post it’s true. I feel like it may always be something I struggle with. Which honestly is okay. We can’t all be awesome at everything.

You hear that, social media? We aren’t all awesome all the time. Stop asking us to perform! Geez.