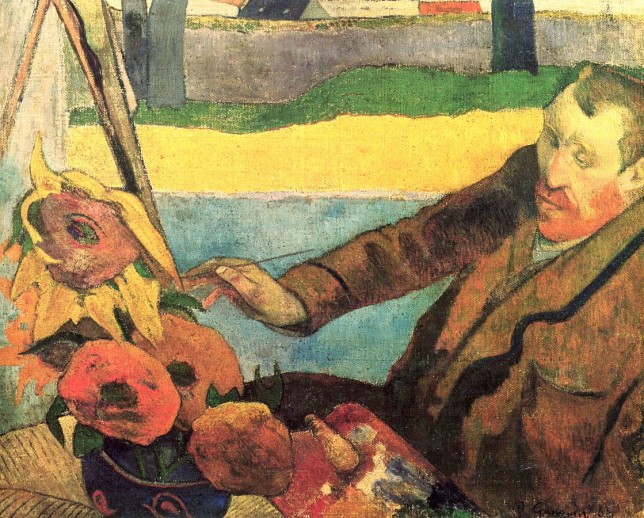 In Haruki Murakami’s book, What I Talk About When I Talk About Running, he quotes an unnamed runner who explains how he maintains his endurance in a marathon. The runner says, in essence, “Just because you feel pain doesn’t mean you have to suffer.” The book is a meditation upon the act of running, and why Murakami runs, and what running provides him, and how it is a part of his life. And when talks about running he’s also talking about writing and art making, and discipline in general.

I’m always resistant to romantic notions about art. About starving artists, struggling artists, suffering artists. I’ve often insisted that art is like any other discipline. It requires the same struggle as any work. But this isn’t entirely true. The difference is that success in art, more than any other discipline, is subjective. And I’m not talking about popular success. We often identify popular recognition and fame as success in this culture, and this is often how the practical value of art is measured.

We all ask ourselves, “Is what I’m making good?” And that question is often hard to answer.

Unless your art is never seen by anyone, it is designed to be consumed, so there’s always an audience to acknowledge, whatever your creative aim. While success can be measured on your own terms outside of popular success—money and fame—it’s impossible not to be conscious of how your work will be evaluated by others. So even if popular success is not important to you, a concern for recognition by someone, somewhere, outside of yourself, is going to inevitably be a part of what you do.

So then what is that evaluation? What is qualitative success? The way we tend to measure quality in our society is whether a thing is well regarded by people whom we believe are authorities on the subject. By critics and practitioners. By these critics and practitioners, popular art that’s considered too popular is often dismissed as pandering. Contemporary art or fine art that is too esoteric is often considered self-indulgent. This is the province of back cover book quotes and art and literary criticism in general. Someone we respect likes it. And while we don’t need someone else to tell us what we like, popularity and authority make us more likely to give that art our attention in the first place. We have to know about it to discover it, and whether or not we like it, or respect it, or anyone does, is all based upon the even more arbitrary notion of taste.

There are principals of design and qualities of draftsmanship that have historically defined a certain level of craft. But there is still much disagreement within the art community about just what good craft is, and even whether or not craft is important at all in the creation of good art. So once again, these assessments can be very subjective. So unlike other disciplines, whether or not the result has quality or value, or whether one piece of art is better than another is not easy to measure.

This uncertainty is the most painful aspect of the process. We all ask ourselves, “Is what I’m making good?” And that question is often hard to answer. As an illustrator who draws representationally, quality, to me, has a fairly conventional measure. My work demonstrates certain conventional skills, and after many years, I can rely on my intuitive ability to identify what that looks like. Which doesn’t mean it’s good. It just means it’s finished. It’s presentable. It won’t embarrass me. At least not on those terms.

Still, despite this conventional measurement of quality, when I’m working on a piece there is always the feeling of gains and losses. There’s the always unreliable sensation that you’ve got it all figured out, inevitably followed by the crush of recognition of how wrong you are. Successes on top of failures on top of successes. And all the way through it, wondering, “Is this good?” Every artist I know feels at some point like they’re losing this struggle.

But if you’re going to be any good at art-making, you have to accept that pain. And by accept, I do not mean tolerate. Tolerance is part of it. Endurance is part of it. And the more you work, the more you build up that endurance and tolerance. But what takes you further, what allows you to run the marathon, is acceptance of failure, whatever failure means to you. Acceptance of the million small failures, and sometimes, big failures that you have to overcome to make something good.

To suffer is to hold onto that pain, and if you hold on to it too tightly, you will let it defeat you. And while acceptance doesn’t eliminate the pain, it can relieve some of the suffering. Surrendering yourself to the inevitability of that pain is not the same as giving up. It’s surrendering yourself to that process, and knowing that it’s a mountain you have to climb. It’s how you win the race.