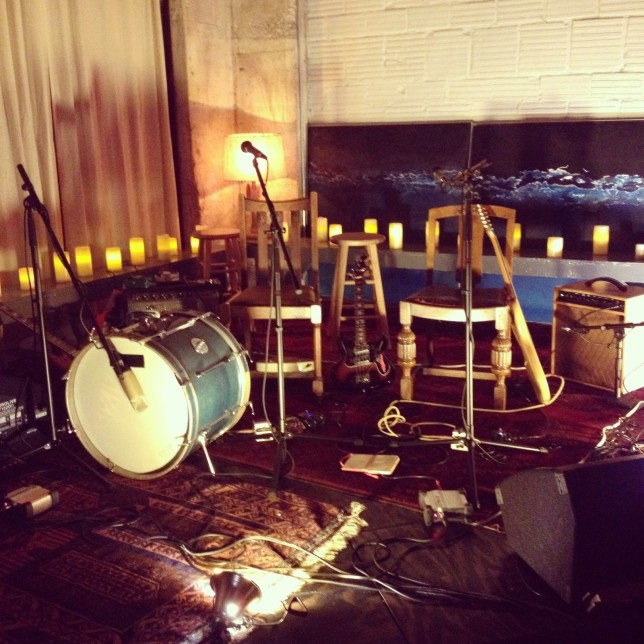 Perhaps you’ve heard of the latest trend in the performance world: the house concert. It’s the best thing for independent musical acts in today’s cultural landscape! Or maybe hellscape? Whichever.

Fans offering to host a performance in their home is not a new phenomenon, but it’s become a more and more diverse phenomenon in recent years, and more people from all walks of life are getting in on the action. But what is the best way to go about it? There are so many variables!

This is the first installment of a series where I’ll discuss how to throw a good house show.

I got my start performing at house concerts. Since 2010, I’ve performed dozens upon dozens at the homes of friends and peers around the west coast, and that’s nothing compared to other peers, some of whom have toured nationally this way. Such spaces have introduced me to many new friends and fans that I’ve treasured over the years. I’ve experienced many different flavors of house concert in that time. From punk houses in Portland to warehouses in Oakland to the homes of bourgeois hippies in Seattle, there’s a unique way for each of them to produce a good show.

This is a good thing to lead in with when discussing your first house concert:

Is the event public or private?

This choice is really all about one thing: Who brings the audience? Who will bear the lion’s share of this responsibility? And why did that previous sentence reference two different predatory mammals while retaining perfect grammar? I can answer at least two of these questions.

A private show has a certain feeling of exclusivity that can be powerful. It can help people focus more on the moment and engage with the other people involved. My friend Strangely has discovered that audiences are more attentive when he asks them not to film a certain song or two, and I think that this phenomenon is similar; in both cases, people feel like they are experiencing something unique and personal. It also allows both the artist and the host to vet and curate their audience, so there’s less a chance of conflict between guests. The downside to the private show is that it can limit the number of audience members, if not properly planned.

When it comes down to it, a private show puts the responsibility of bringing the audience solely on the shoulders of the host and the artist. If the artist is new to the area, then it’s almost entirely on the host. This is a lot of responsibility, and shouldn’t be taken lightly!

A public show, on the other hand, has the opportunity for a much larger audience. Word of mouth can help spread the news about the show, taking some responsibility for promotion off of the shoulders of the artist and the host. However, this means the host must relinquish control over who is a visitor, and this can be a very powerful thing. A public show can spark unexpected connections, friendship and relationships. People who might not have crossed paths otherwise can interact, talk, and exchange ideas. A public show has a greater likelihood of establishing a unique community, and this likelihood builds with each event.

There is, however, a greater level of risk involved in an open show. Some of the attendees may not respect the boundaries of the house or the other people there. Something might break. There may be conflict between people. Now, this is true of any gathering, but especially where not everyone knows each other.

I want to be very clear about this: Such problems are, in my experience, extremely rare, and with a bit of planning, conflicts can be mitigated easily and diplomatically. But they should be taken into consideration. If someone needs medical help, if the police arrive because of a noise complaint, if an accident causes a big mess, or if someone is making other attendees feel uncomfortable, it helps to have an appointed person available to be talked to, who can jump in and handle any level of crisis.

I have no idea what my life would be like without The Beery House.

The best house concerts for me have been generally public, where people from many walks of life come together and interact in a neutral space that is neither their work nor their home. It’s absolutely wonderful to see nerdy Burners telling jokes to foreign exchange students, while crust punks swap traveling stories with settled-down Baby Boomers. This atmosphere creates an unmatched sense of community and an unrivaled opportunity for cultural exchange.

My favorite house concert venue in Seattle, The Beery House, is largely open to the public, encourages people to bring food or drink to share, and nobody is turned away for lack of funds. The host, Max, strictly adheres to a system of donation; he adamantly takes no cut of the donations. This house has been a foot in the door for many a performer, whether they be new to Seattle or completely local. Many touring artists love returning to this place again and again after long stints on the road and nights faced with tough crowds. I have no idea what my life would be like without The Beery House.

But I also see the benefit to the other side. As a counter-example, there is a house venue a friend has told me about near Napier, New Zealand, that charges each of its guests $40 at the door (the guests do tend to be a little richer than most). In turn, they are treated to a world-class meal and local wine, all prepared by the host himself. He takes a cut of the money to cover food costs, and then gives the rest of it to the artist (which can total upwards of $1,000 with merch sales, or so I’m told).

This is of good value for all involved! The host gets to support their beloved artist while showing off for their friends; the artist gets paid exceptionally; the guests experience a great performance for about the same amount of money as they’d spend going out to a music venue, but without having to contend with the trials, troubles and tribulations of visiting a full, loud rock club. If your pub-hopping days are over, you can still see live music there, in a more relaxed environment.

Both systems work because they support the artist in their unique way. That is always the goal!

This is the first installment of a series where I’ll discuss how to throw a good house show. Tune in next time for when I discuss about something everyone hates talking about, but not talking about it can completely destroy a great house concert experience.

I’m talking about money, of course: THE WORST THING EVER and yet the thing that allows all of your beloved artwork to exist in the world—because we live in a largely capitalist society and it’s difficult to make art when you don’t have any resources, or time to spend utilizing resources towards an aesthetic, non-utilitarian experience.

But more on that later. Until next time!

Make sure to check out the rest of Aaron’s House Show Manifesto: Here are parts two, three, and four.