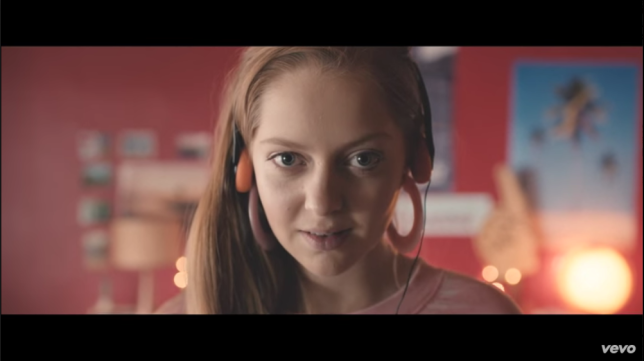 I’m a fan of taking a very simple concept and presenting it well. This super fun video takes place in a single room (aside from a couple very quick inserts) and uses lights, wardrobe and props to create two worlds within the space.

I love the connected cuts between the fantasy and reality. The story is really cute, takes me back to my Hanson fangirl days. The ability to let yourself daydream is something most grown-ups forget how to do. As a director who works with modest budgets, I love seeing videos like this that are visually stunning and entertaining, yet don’t require big money to produce.

The director Tom Clarkson has dabbled in multiple mediums: documentaries, commercials, fashion films. His style is bright and unique, a theatrical kind of blend of Wes Anderson symmetry and framework, and over-the-top characters like you’d see in Baz Luhrmann films.