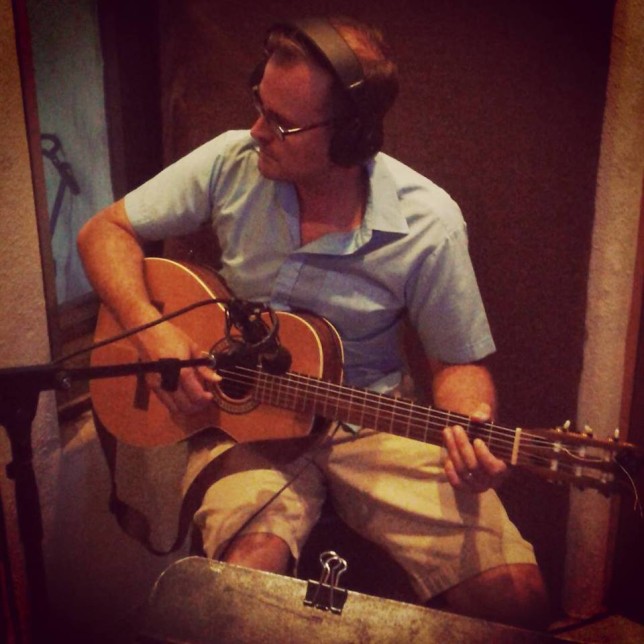 My friend Dave Payne’s new solo album is called Will Not Admit Defeat.

It’s sort of a manifesto for recording an album, really. An unwillingness to give up one’s creative convictions or intuitions. It’s staying true to yourself and holding onto what matters most: in this case, the art.

Dave Payne enlisted me and several other musicians in the fall of 2015 to make an album. The MO was very simple and straightforward: We’d have a single rehearsal to work through each song just enough to get a sense of form, dynamics, feel, etc., and then we would record 15 songs over the course of two days at Frogville Studios in Santa Fe.

Rust and uncertainty were part of the energy just as much as excitement and adrenaline.

The idea was, since the songs were fresh (really fresh) to each of the musicians, that would bring a lot of new ideas from each of us. Ultimately, we were all learning, orchestrating and arranging while recording. Needless to say, most people don’t have the bravery or the gusto to take on making an album this way. In turn, his album sounds like friends playing music together and is absent of any sterility or post-production “perfection.” If you used a magnifying glass, you could likely unearth a couple questionable notes here and there and that’s exactly the reason I love the album so much. It’s very much a living, breathing piece that captures those frantic, seven-songs-a-day tracking sessions and transports the energy of people making an album they’re truly proud of.

I vaguely remember our rehearsal. I had a sinus infection coupled with shakes, sweating and a phantom fever. My notes that night looked like a doctor’s chicken scratch or shitty Picasso scribbles. We met at Paul Feathericci’s house to rehearse in his barn outside of Santa Fe. There we were met by fellow Saltlick Brett Davis. This was the core band; our tireless leader Dave Payne writing the tunes, singing and playing bass and guitar; Paul playing drums and locking us in even though we all still didn’t really know the songs; and Brett on guitar and bass, supplying tasteful and soulful playing to the group.

In my mind, it was a dream band. Each member is eager to hear what everyone else is playing so the general feel is understated and open. The band itself has an anti-ego. We went song by song, figuring out who would play what, getting the form figured out, charts written, but never so much time as to get too comfortable with the tunes. We wanted to have that magic of each of us on our toes in the studio, nothing about this was being polished. Rust and uncertainty were part of the energy just as much as excitement and adrenaline. We were given our studio dates and we’d go from there.

Frogville is a microcosm in New Mexico. Bill Palmer and John Treadwell have made a name for themselves as being the ones to take on the projects that won’t work in smaller, safer studios. Time and again Bill has surprised me with unconventional ideas to capture “The Band” and capture “The Performance” which is fraught with artifacts, mistakes and life. His MO is to basically record every take and do everything to capture the interaction and conversation between musicians in the studio because that’s the heart of a good album.

Frogville is the only place that Dave’s album could be recorded. Had it been pieced out track by track elsewhere, what would have been left over would be completely limp and lifeless, without any risk or resolution and destined for an Old Navy commercial. I know personally, I’m most drawn to albums that were recorded live. A bunch of people in one room playing music, sharing in the risks, ebbing and flowing, conversing. These songs all tell a story that deserves to be heard; thanks to Bill everything we had to say was captured. 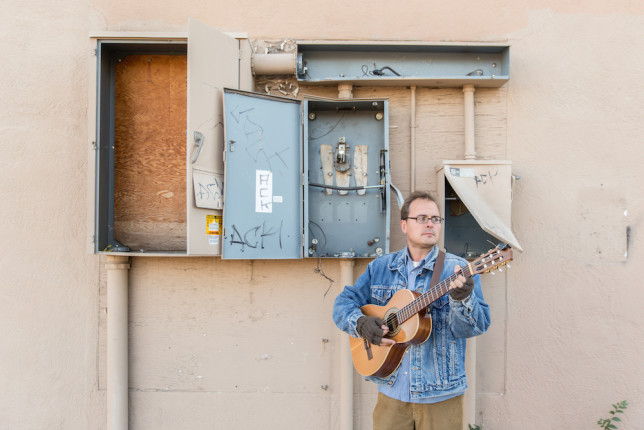 Dave invited a couple other folks in on the second day of tracking to sing a couple of his songs. I think this paralleled what the musicians were doing. The songs were really fresh to Joe West, Boris McCutcheon, Anthony Leon and Meredith Wilder, too. But each of them had a song to sing, and they joined the band in that powerful conversation in the studio and what was captured was exciting, dynamic and real. Each person invariably added their own touch to the songs too, which the band was right there to feed off of.

Joe brought a sense of assuredness and strength. Boris took us back in time somewhere in New Mexicana. Anthony brought the pure adrenaline and fearless ballsiness. And Meredith brought a pop-folk energy that was otherwise lacking. In the end, Dave’s songs got a full orchestration and were given life not just from the musicians but from everyone playing on the songs. The band adopted each singer as our own kind.

One of the greatest thrills as a musician is the feeling of uncertainty in a studio. Nothing was ever really set in stone for the sessions, so everyone could explore tone and texture as much as they wanted. The fact that Frogville has an amp room motivated me to try and use as many different amps on the record as possible, not to mention guitars and every pedal I could fit in a shopping bag.

I wanted to give myself different handicaps, like a guitar I usually don’t play with an amp I’m unfamiliar with…now go! As soon as that red button is pressed and tape is rolling, there’s such a strong feeling of commitment. Everyone is there, present and playing with sincerity, intensity and focus. To look over in that room and see everyone in that same mental and emotional space is incredibly palpable and it’s proof that what is being recorded not only really happened, but we all meant every bit of it.

Dave’s album was an absolute thrill to be a part of. I feel that when you listen to it you’re transported to those days of recording: a cold beer and a bowl of beans in the control room listening to playbacks, friends laughing over happy accidents that’ll make the cut, and most importantly the energy of people playing music together.

You can preview and buy Will Not Admit Defeat on iTunes.