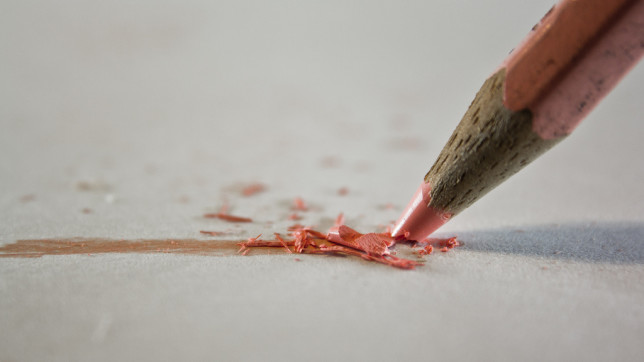 T-Minus 14! This post is part of an 18-post countdown to Amy Stacey Curtis’ next and final solo biennial in Maine mill space. After MEMORY, her upcoming biennial, she will have completed nine solo biennials over 18 years, with 81 massive interactive works, all told. She’s been unloading her process on Pyragraph as we countdown to MEMORY. Read the series here.

Committing to what would be an 18-year, not-for-profit, large-scale installation art project in abandoned Maine mill spaces was risky business.

I didn’t know in 2000, I would have the stamina to do 22 months of work per exhibit for a whole decade (let alone a second decade).

Upon completing my first solo biennial, EXPERIENCE, I posted the themes and years of my biennials through 2010. I figured, I’d wait until around 2008 to make sure I was still physically capable, before officially extending my project an almost-another decade. Then, upon saying publicly I’d do this a total of 18 years of my life—I’d better.

Then, I would picture my concepts in my mind, and I would wonder: Will I find a mill?

When I think about my project now—entering my 18th of 18 years—my stamina was the least risky thing. The much more unknown-ism fell into the categories of money and space.

I would look up from my calculator to see my overall budget (my budget for MEMORY, my ninth and final biennial is $26,000), and I would wonder: Will I receive any of the grants I’ve applied for/I will apply for (I complete 8 to 26 grant applications per biennial)? Will people buy my drawings (I exhibit a series of drawings before each biennial; all my profit going toward my installations)? Will people donate money? Will businesses donate materials? Then, I would picture my concepts in my mind, and I would wonder: Will I find a mill?

Finding the mill was always more stressful than the uber stress of finding the money. If I couldn’t find the mill, where would I mount this work I promised myself, my audience, my sponsors, and my grant makers I would make?

“Finding” mills with empty spaces large enough for my concepts (so far, I’ve used 16,000-27,500 square feet per biennial), in and of itself, has been relatively easy. Where the risk comes, is that even if an owner says “yes,” I still don’t have a space. There’s a chance the mill will be leased before I need it, or it might not yet be up to code.

After I’ve spent time visualizing my work in the mill, if it hasn’t passed code inspections, etc., I walk through the space from entry to exit with the town’s fire marshall and code officer (and sometimes their staffs, and the police chief, and the deputies, and the town manager, and the town selectmen, and sometimes twice). These are the people who ultimately determine whether or not I have a space for my biennial, that is, if the owner doesn’t lease the space to a permanent tenant first.

As I enter my 18th of 18 years, I imagine there will be other kinds of risky business that will happen when my 18 years are complete. Maybe some shady gallery dealings. Or maybe, my truck rental will blow a tire on the way to installing an exhibit. But, I think I’ll be done worrying about risk. Not really a way to work, never mind live.

But, I do look forward to risk-taking in my studio, when I’m no longer making in the context of these solo biennials, with their year-to-year, month-to-month, hour-to-hour structure, pre-chosen themes, pre-determined venues, and pre-planned plans. I’ll start with a sheet of paper, without any kind of plan at all, and risk letting go, to see what will happen, when I get out of my own way.