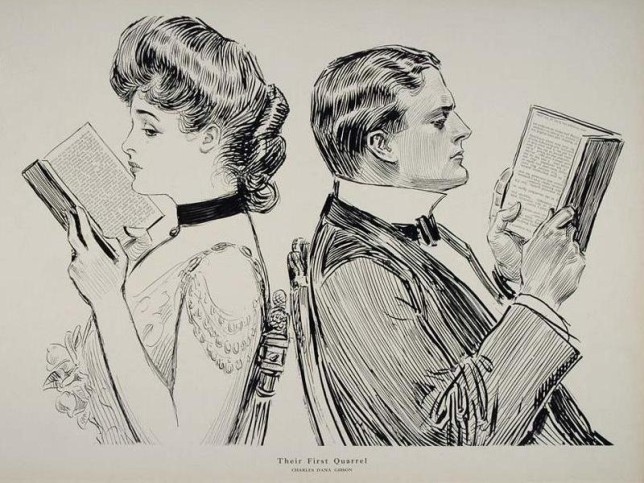 Most illustrators and designers I know have had that client who wants you to read their mind. They might say something like, “I have this clear idea of what it’s supposed to look like but I just can’t get it on paper.” And you give them version after version and it still doesn’t fit that picture they have in their heads.

You may have read or heard authors say of the illustrations in their books, “It’s exactly as I imagined it in my head.” It’s meant as a compliment to the illustrator. And it is. Even though we all know that this can’t possibly be. No one can peek into our minds and pull out exactly what we’re thinking. No words can describe an image so perfectly that all that’s necessary is to execute it. I don’t think that’s what authors mean when they say it, but it does point to the same misconception.

The gulf between idea and execution is huge. This is why everybody has a great idea, that perfect idea they know will be just wonderful if they only had the skill to execute it, or could get someone else to execute it. The truth is, the idea is the easy part. And you might think you’ve got it all figured out in your mind, but you don’t.

So what it really means when someone says, “It’s just how I would have imagined it,” or, “It’s just how it looked in my head,” is that the illustrator happened to do their job really really well. And when we’re good at what we do, the images we make tend to supersede the foggier, less distinct image that people are so sure their minds have captured. And sometimes, even that person with the idea can’t see it any other way than how the illustrator has conceived it on paper or on a screen.

But this generates another problem: An author or client can take that image so much for granted that, to them, what’s in their head and the image you made become the same thing. You did your job so well that they genuinely believe, at least on some level, that you made the thing they imagined. That those images are theirs. Or more theirs than yours.

In the picture book field, the tendency in the industry is to favor writers as creators. The writer’s name comes first, even though neither what was in the writer’s head nor what the writer has written could have possibly generated those images. But still, the artist is relegated to nothing more than the executor of the writer’s ideas.

But this just ain’t so. And we need to consider illustrators the true collaborators that they are. It’s not about where their name ends up on the cover, but how we treat their contribution. We need to treat it as an integral and absolutely essential part of the book. And I know that many writers do, but the industry needs to follow suit. When the pictures reveal as much, if not more, of the story than the words, the illustrator is at the very least, the co-author of that book.