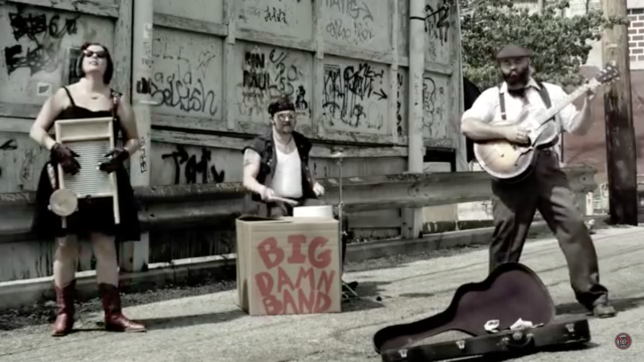 Here’s what I love: a trio with a long name and big attitude.

This is a music video that I just dig. It’s equal parts funny, lighthearted, creepy and weird. Directed by a guy named Kevin J. Custer, an experienced music video director. He’s a musician himself so he totally gets it: The feel of the music video has to match the feel of the music and the heart of the band. This video captures the raw, raucous vibe The Reverend Peyton’s Big Damn Band exudes in their live shows.

I caught one of their live shows recently and it was loud and very—how to say it—American. They rock.

Maybe this is why Kevin Custer, the director of this music video, has also directed a bunch of ads? He gets branding.

I just love this video concept—it’s one that really sticks out in my memory. The first moment the Rev. Peyton’s growl comes out of the tiny Aryan child’s mouth… priceless. The strength of this video lies in a few things: the concept, higher-level production values (that polished look that requires money that’s lacking from my own videos) and flow of the editing.

I really like the flow of this video and how the different sections fit together. Take a look at the composition of the band shots, for example. There’s three types (generally speaking): 1) full band, 2) narrower focus on the drummer and washboard player, and 3) close-up of Rev. Peyton’s slide playing. As a beginner music video director/producer/editor, I’m excited to use this as a kind of outline in the future. It’s a classic move.

Plus, someone chose to use a big cardboard box as their drum set. Perfect.