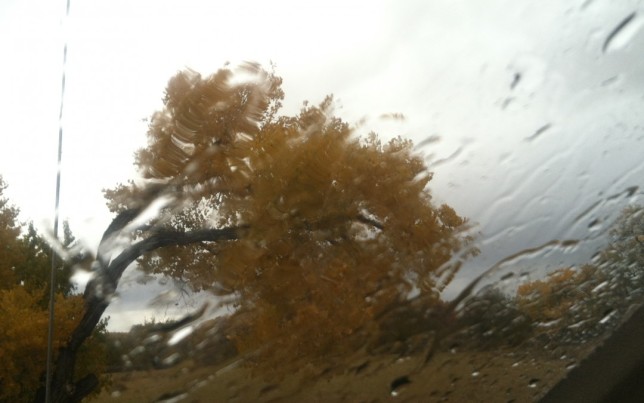 This post originally appeared at Thriving Through Sobriety and appears here at Pyragraph with kind permission.

So I Guess This is a Story About Control

When I finally quit drinking, on March 26, 2014, my alcohol use was not “out of control.” In fact it was very controlled. I was consciously drinking less. I was worried about getting a DUI, so I would strategically plan how much I could drink without getting a DUI. I created my own customized BAC card that I carried around in my wallet. Sometimes I would even pass up my favorite, vodka on the rocks, because I knew so many bartenders that would hook me up and it made it too hard for me to calculate how many servings I had.

And Trying to Control Others

Let me be honest here. Every single romantic relationship I have ever had, has been a dance of control. I took the lead, pushing others backwards when they were not comfortable with it and not willing to go backwards. When I finally realized it was my problem and I started doing my codependency work, then the dance changed. I consciously decided I didn’t want to control or change anyone I love but the dance continued in a new form. I more subtly pushed, judging whether or not they were dancing “correctly.” My codependency is a lot less obvious but I still know it’s there especially when I lose myself focusing on the behaviors of others. I can become obsessed with my loved one’s choices, actions, addictions, or pretty much any behaviors that I think are harmful. Finally, when I started going to CODA meetings, I realized in a big way that focusing on other people’s behavior was a way to not deal with my own shit. One day I was flipping through a book about quitting alcohol. I told myself I was doing this for a friend. Ha! Anyway, at one point the author said: If you can control your drinking, you are an alcoholic. My response looked a lot like this: 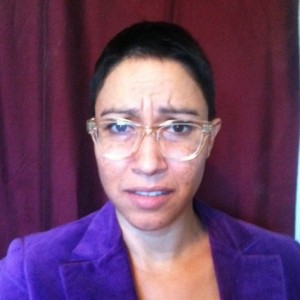 A big eye roll, a lot of disbelief and a pinch of fear. He explained that “normal” drinkers don’t have to control their drinking. They just have some and then stop and that is that. “That is the stupidest thing I’ve ever heard. I’ve got this under control.” But it stuck with me. I thought about all the energy I spent thinking about my drinking, planning my drinking, talking about drinking, thinking about other people’s drinking.

But I did not wake up on the couch. I woke up in an unfamiliar bed.

Then at some point I realized he was right. I was a problem drinker. But since I did have it under control I did not feel the need to stop. I thought about all those stories I have always heard about people who are really addicted. I was not as bad as others (I guess this is one of the advantages of having a bunch of hard-partying friends). I had bought in to this narrative that addiction bottoms out and my low point was years ago. I knew I wasn’t going back there. I was at a better place.

Whenever I consider this concept of rock bottom I always go to one night and period of my life. It was years ago, 10 years ago. I was on tour with my band. And because we were on a rock and roll tour, partying was just part of the deal. My normal keep-the-drinking-controlled-so-I-can-get-our-gear-home-safely plan was thrown out the window as I played the rock star, signing autographs and accepting free drinks. It just escalated from there and I drank everything I could until passing out on the couch. But I did not wake up on the couch. I woke up in an unfamiliar bed, the drummer of our band next to me, blood splotches on the sheets, sore. This guy. This sleazy guy who I clearly and adamantly said no to for two years. No; to even the slightest of suggestive touch. This guy who I should’ve known not to trust. This guy who knew my nos and waited until I was too fucked up to stick up for myself. This guy raped me. Of course I blamed myself for drinking so much. For finally letting down my control. For putting the band above my safety. For trusting when I knew I shouldn’t. For what I wore. For all the classic things. In the wake of this violation I had a 10-hour panic attack as I drove across the desert.

Why Stop There When I Got it Back Under Control?

Even though I went to Rape Crisis and saw a therapist, in true rock bottom fashion, I spun out. I blacked out and passed out more over the next month than I ever had before. Staying out all night and putting myself in dangerous situations. I stopped paying bills which was completely out of character for me. Thankfully, after a few months, I came out of it. I began taking better care of myself, showing myself love and acceptance and nurturing. I reached out to my supportive friends and family. My drinking returned to my controlled “normal” with the occasional regrettable binge. That same old pattern since I started drinking at 13. Vodka, my familiar and most long-term companion, ever-present but no longer in charge. Or so I thought.

Then, in 2011, I began practicing gratitude. Writing what I am grateful for every single day. Through this practice everything has shifted and continues to spiral upward. I have more and deeper connections with others. I have learned about myself in a deeper way. I feel a genuine and strong connection with god. Not the god of other people’s stories, but my own knowing of my creator. I feel humble. I feel confident. I am resilient. I am doing great. This was true in 2014 too. I knew I was in a much better place than I was back in 2006. I knew that with this short leash I had on my drinking I wouldn’t let myself get back to that place. But the better and better I got, on this upward spiral, some things just stuck out like pieces of trash lodged in a gently flowing stream.

I Am Not Going Back There

On December 13, 2013 I partied big. Unlimited booze, great friends, dancing on a double-decker bus. I left my control at the door. I didn’t even think about driving. I didn’t think about working the next morning. I just drank and drank and drank until, well I don’t know when because I blacked out. The next morning, I had to call into work, still drunk. I was so sick, disturbingly sick, for the full day. Needless to say I had a hard time being grateful that day. I was filled with shame (as I always was every morning after). But this time was different. The sick I felt was the worst. And it stuck out like a sore thumb in my life of gratitude. It was this giant void of gratitude. One that I faced head-on. I looked at it and it was a mirror. It showed me that I was off track. But then this idea of rock bottom comes up again and I know that I’m not gonna wait to bottom out to quit. I’ve already been there and I will not go back there. I don’t have to go there in order to let alcohol go. This lack of gratitude was enough. It showed me a new way forward, one that is aligned with what is most important to me. It took me a while to successfully quit. But since March 26, 2014 I have chosen sobriety each and every day and it’s a beautiful thing.

You Don’t Have to Wait for Rock Bottom

I get that people might frame my story as a rock bottom. I get that others feel the need to continue this narrative of the rock bottom. But it was not my story. And I knew in my heart that my rock bottom was not when I quit drinking. If I was stuck on that narrative, I definitely wouldn’t have quit in 2014. Who knows if I would have ever stopped. So, let’s tell a different story about addiction. Not all of us have to hit rock bottom. Some of us get ourselves to a good place in our lives, a place of growth, of transformation, of success. And it is from this new vantage point that we realize our addictions that we’ve brought along, don’t fit in.

My rock bottom was years before I quit drinking. There’s got to be others like me. Right?

Do things have to get worse for you to change? What is possible from where you are today?