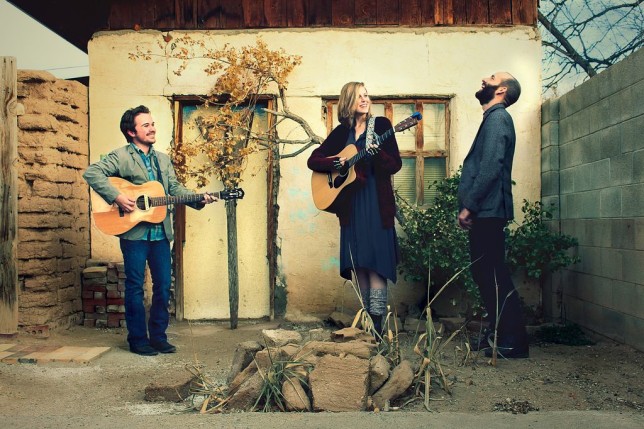 Wildewood is an Albuquerque favorite. Music blogger Mel Minter has described lead vocalist Meredith Wilder’s singing as “intimate, hypnotic,” and as one who “communicates deeply with her melodies and her voice.”

They’ve got a show coming up this Saturday at the Outpost Performance Space with Merlettes, so we wanted to ask them: What’s your deal?

I was forced to start middle school band in 6th grade. Luckily, my parents allowed me to switch to percussion after a bad bout with trumpet for two years. My sister pushed me to keep pursuing music in high school despite my reservations about doing something so “uncool.” This experience taught me to worry about yourself and not about what others think and that skills come through hard work and time spent doing things you might not want to do at the given time. —Greg Williams, percussion

Never turn down an opportunity to take a risk.

I picked up guitar when I turned five. I had a great music teacher at school that became my private instructor at Baum’s for nearly 18 years. He’s the first person to make me really listen to music with an open mind. I was exposed to great jazz, blues, punk, folk, country and indigenous music from all over the world. He was also a strong advocate for me playing with other bands, sitting in even when I was too young to drive, let alone order a drink. He’s the main reason I gravitated so much to playing multiple instruments. —Alex McMahon, vocals and various guitars

There was a hookah bar in Westside, Albuquerque—a traveling band found the website and asked us to join them as they passed through town. Not only was there no stage (or even a designated area to set up), the manager checked our wristbands every 10 minutes to make sure we were in fact the band scheduled to play. Anyone there to smoke hookah wouldn’t have noticed we were playing because there was still house music on for our set. —Meredith

In high school, I played drums in a rap group. I told an older coworker of mine to come to our concert at a small Jamaican diner on Central Ave. here in Albuquerque. She brought her whole family who had dressed up for a nice dinner. I failed to give her all the details the night would hold. The whole situation makes me cringe. However, it gave us a nice laugh at work the following day. —Greg

Worst gig was when I was 17 or 18, playing in a blues band with a bunch of 60-year-old dudes…all of whom I’m still friends with and value greatly. We’d always play this awful BBQ joint and were SO loud. One time I invited my family and they were the only ones in the room, save a few workers trying to escape the 1-4-5 onslaught. It was so strange, but free BBQ was the reason I kept going back I guess. It helped me kinda cut my teeth and get used to playing in a band, while also exposing the absurdity of playing restaurant gigs. —Alex

I’m digging Awna Teixeira and Frazey Ford’s singing style and songwriting. Both of them seem to be very in touch with what they want to say and create an interesting delivery. —Meredith

My current favorite performers are varied and numerous, but I’ll be concise. Richard Buckner, Will Oldham, Will Johnson, Bill Frisell, Daniel Lanois and Marc Ribot. Each of these folks has such a unique voice and a clear channel of their creative identity. They are all risk takers, they shoot from the hip and they’re all capable of getting far out of their comfort zones by readily taking on a ton of projects. —Alex

Make sure you’re having fun and you’re learning something new. And make make music because you love it. —Meredith

Be a joy to work with. If you are not, people will stop calling you and someone else will fill your position. —Greg

My biggest tip for an aspiring musician is less is always more. It’s contradictory and has taken me playing guitar for 22 years to almost understand. But it boils down to listening more and playing less, be cautious of doing anything to take away from a song, instead try and be a part of the song, listen to your cohorts and focus on good tone and selective phrasing.

My other advice is to never turn down an opportunity to take a risk. You have a weird idea? Go for it and commit with that focused intensity, disregard any notion to play it safe. Use weird pedals and guitars, give yourself handicaps, play guitar like it’s a saxophone, throw convention away and try to forge new ground. You have a voice, you have something interesting to say, so do it authentically and without a safety net. So many times, the mistakes in music are the moments you’re reminded it’s art and an extension of yourself. —Alex