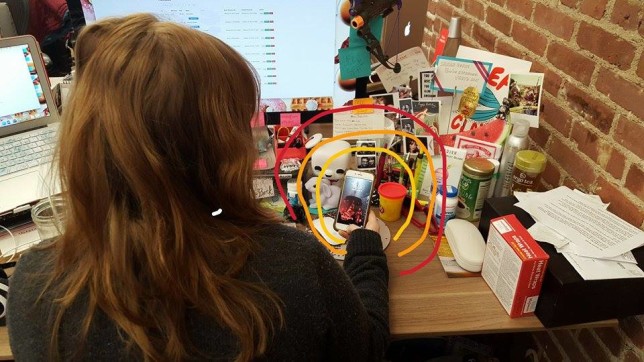 Sometimes cell phones are a comedy show’s biggest enemy. If an audience is too busy looking at their phones they’ll never catch your nuanced and clever take on farts! At the same time, nothing is more frustrating than watching a comedian standing on stage, unlocking their home screen, and then scrolling through some note, trying to find the joke they can’t remember. While smart phones can be tools for evil, here are a few tips for using them for good.

Evernote is an app designed to organize and archive notes. It’s a perfect alternative to the tried and tested method of carrying around a notebook with you everywhere to capture joke ideas. What’s even better is that it plays nice with any actual handwritten notes. If scanned or photographed, the words are just as searchable as the notes you type directly into the app. When something strikes me as funny, I fire up Evernote, name the note “Joke,” type the idea, and save. Boom. Banked. I also use it for keeping track of the show ideas I have, any to-do lists I wanna tackle, and for when I’m piecing together a setlist (more on that below). Evernote is like a an electronic Moleskine notebook—and even better: It’s free!

Social media is a great tool for getting the word out about you as a funny individual and for telling people about the hilarious shows you get to perform at. You could do as little as posting a picture of the flyer to your profile or you can get real creative for just the tiniest more amount of time. Downloading an app called PicsArt Photo Studio basically gives you a mobile version of Photoshop. Grab an interesting photo of whatever is around you, pop open PicArt and doctor it up until it’s something unique and special and ready to share with others. 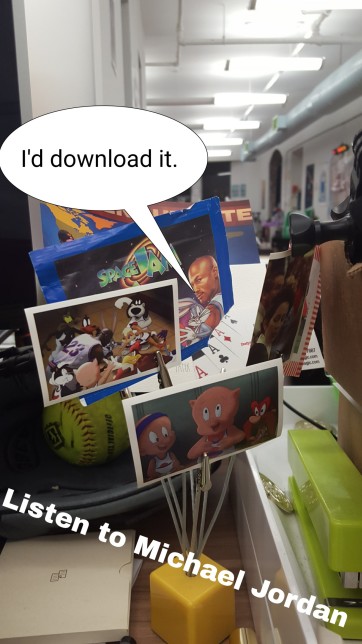 3) Have a screenshot of your setlist on your lock screen

Remember before when I said I used Evernote when putting a setlist together? Well, hold on to your hats because, like Inception, we’re gonna go deeper. So, say you’re a real champ at Evernote. Say you’re just the most organized comic on the block. Say you’re onstage and you can’t remember those super organized jokes you so meticulously banked in your Evernote app. Let’s just say all that.

In many cases, comics will open up their note taking app and dig through until they find the exact joke as the wrote it. It’s the equivalent of taking a Trapper Keeper on stage and digging until you find the page where the joke was written down. It looks unprofessional. You look like a monster.

Let’s try something different. After you’re done putting together your setlist in the order you’d like it to go. Add a few lines of blank space to the top, and then take a screenshot of your phone screen. Here’s where it gets fancy: Make that screenshot your “lock screen” wallpaper. Holy moly! Now you’ve got your setlist one tiny button-press away. Put it on the stool next to you onstage and any time you check it, you’ll look like you’re checking your time. Magic. 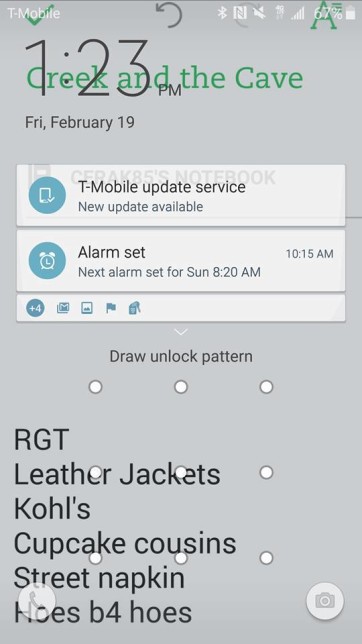 This is a really common way that comedians use their phones to become better comedians, and for good reason. Recording your set every. dang. time. is a good way to watch your jokes evolve over time. Also, what if you say something off the cuff that KILLS? You’ll be thankful that you had it recorded and banked so you can make it part of your set. While you’re recording yourself, you also get the nifty added bonus of getting to see the length of your set as it’s happening. It’s a great way to make sure you’re on track and not going over your allotted time.

5) Take pictures of the show

A majority of a comedian’s time in a show is getting ready to go up onstage or hanging out after performing. Whole hours are dedicated to an event where you might only perform for a few minutes or so. One of the best ways to contribute to the show when you’re not joking your jokes is to stay and watch to show—and even bust out your phone to take photos of the other people in the lineup.

Obviously, you don’t wanna be using any obnoxious flash or climbing over people to get some insane angle, but stealthily capturing a few moments can be a great thing to share on social media with your fellow performers. Plus, it’s an easy way to get content for future show promotion. If you take some selfies with fun audience members or friends after the show, that’d be pretty sweet too. Shows don’t have to happen in a vacuum. Document them!

Obvi, the actual only rule in comedy is, “Be funny.” However, if you’re looking for ways to organize that funniness, to get the word out about that funniness, and to be a better member of the funny community, using some of these tips could help! How could one or two of these get folded into your usual routine? Try a few and see how you like ’em. Do you have any other nuggets of techno-wisdom for fellow comics? Lemme know in the comments!