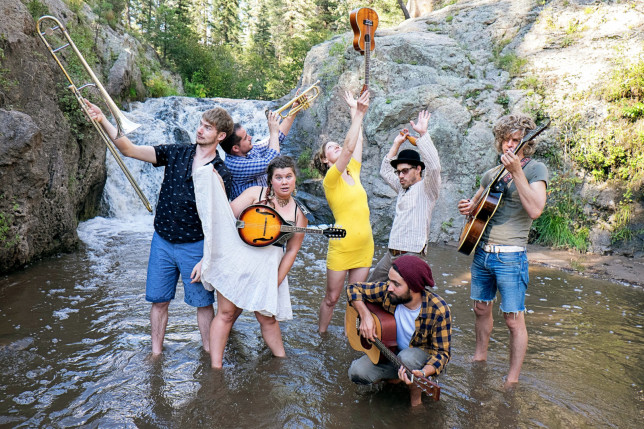 What’s your current instrument? Give details for our gear whore readers.

Wow this is a nerdy question! Good job, girls. This is going to be very disappointing. I can never remember the name of my guitar. It’s a hollow body electric that I got off Craigslist a few years back. It plays better than any guitar I’ve ever held before and it wasn’t dirt cheap or anything. But yeah, no recollection on the name. George someone. It does have Boyle pick-ups that were apparently put on by Boyle himself—the guy who owned the guitar before me was apparently a respectable citizen in the jazz world. Boyle pimped the guy’s ride himself. Oh, sorry, it’s Doyle. Whoops. 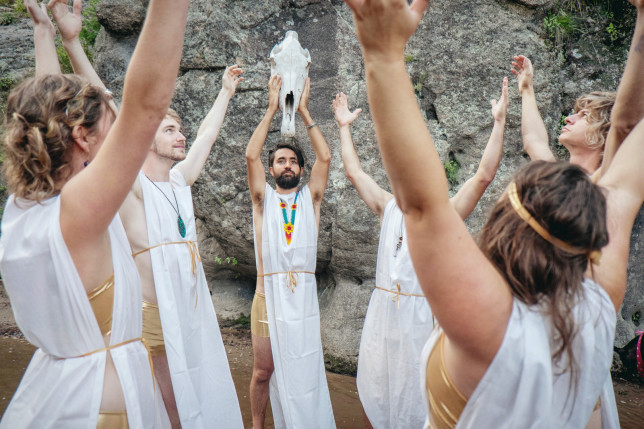 If you could play/tour anywhere in the world, where would it be?

Right now we’re trying to schedule a Chicago tour for July. We’d also like to do a guerrilla takeover of the Tiny Desk at NPR in Washington.

What instrument do you wish you could play, but can’t?

I really wish I could whistle reasonably well on cue, since what is now arguably our most famous song features me doing so at about three or four points during the song. Onstage there’s often just awkward silence during these parts where I pretend like I’m whistling and the audience pretends like they’re enjoying it. 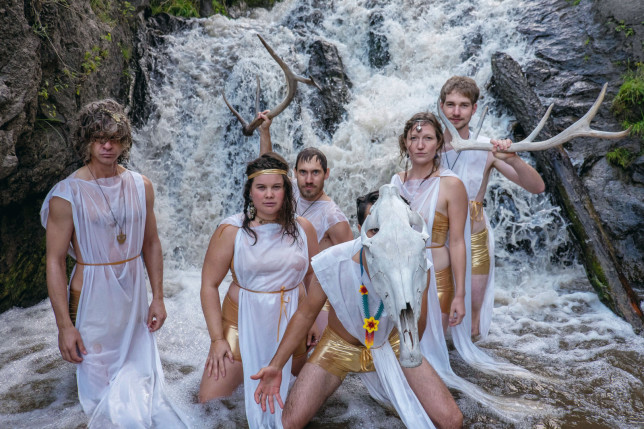 What is your favorite key to play in and why?

Another nerdy question! This is especially nerdy (in my opinion) given that I’m not one of those people that believes in the 18th-century mythology about key characteristics—such as that flat keys are sadder or darker than sharp keys. However, the capo does seem to change things, and obviously on guitar the different shapes of the different chords really make a difference in the feel of each tone’s ring, its duration, its overtones, its volume with respect to the other tones of the chord, which octave the tone is played in, and how it voice-leads into the succeeding chord. So, yeah, I do believe in that stuff.

Until recently I never used a capo, because I thought of it as an easy way out of transposing. These days, however, I appreciate it as a way of getting new timbres up the neck. I do, however, worry about people who use it too much and as a result only know a few chord shapes. That seems like it would be really crippling to the creativity. But who knows. If it ain’t broke you probably don’t need a crutch. (?) 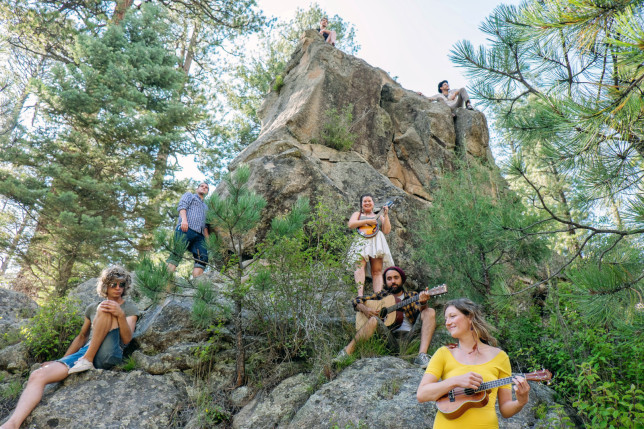 What was the last song you got into your head and couldn’t get out (i.e., ear worm)?

I’ve been working on a new tune that cycles groups of 5/16s over a normal 4/4 beat. I learned this from a percussion grad student at UNM named Jonathan Rodriquez—I heard him doing it and I thought it was amazing so I went home and tried it, and then kept practicing it every day for about two weeks until I could do it. Then, one night when I was in a writing mood and I was playing some guitar, I ended up sitting at the drum set while strumming along, and I ended up strumming in 5 against a 4/4 beat played with my feet on bass drum and high hat. This was like a magic key to opening up a world to the piece I’m currently working on, which has ended up sounding pretty “proggy” as in prog rock, but almost like “acoustic prog rock,” or just acoustic prog.

Anyway, those two weeks of practicing 5s on 4s ended up establishing some basic rhythmic “vocabulary items” in my head that came out in my songwriting and have led me to do things in this song I never would have thought to do otherwise. The climax is a section which starts by grouping 5s and then “corrects” itself at the end with 4s to arrive back at the hypermetrical downbeat at the end of every second bar: 5+5+5+5+4+4+4. (I actually divide each 5 into 2+3, making the pattern more like: 2+3+2+3+2+3+2+3+2+2+2+2+2+2.) 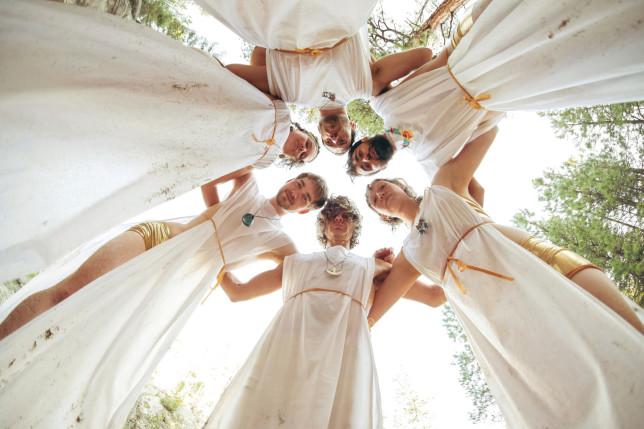 After introducing this rhythmic idea, I then start changing the chord with every underline in the previous—making for something super wacked and funky. I keep waiting for this “idea generation phase” of the song to be over, but new things keep coming—pretty much because my mind is now constantly counting in 5s (on top of 4s)—an abstract metrical earworm if you will. For instance, I thought I was done with the song, and then an entirely new section of it arrived once I realized I could sort of truncate the above patterns to yield an equally funky 7/8 pattern of 5+5+4 (or 2+3+2+3+2+2).

In case you’re curious, I start this new pattern on an A-flat major-seventh chord in first inversion (simultaneously functioning as both III and V of the original key of F minor), and I then cycle it through the other five members of its hexatonic cycle, which it can move to by altering only a single semitone at a time (A-flat minor, E major, E minor, C major, C minor, and then back to A-flat again). And then I introduce a new pattern briefly as a “link” to get me to the next hexatonic cycle—all because of the earworm of 5 over 4. Sometimes I’m like, “Please make it stop.”