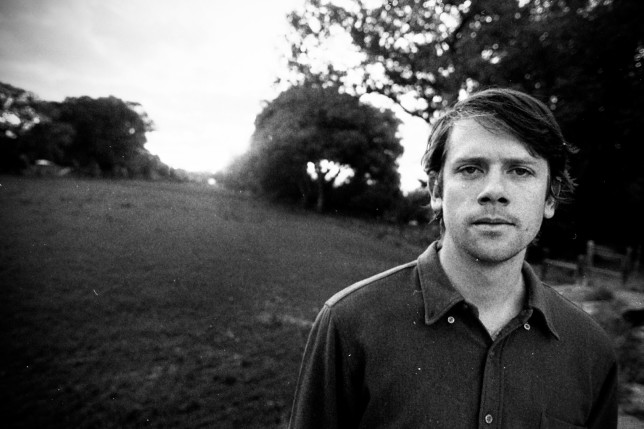 AJ Woods is releasing not one, but two new albums this April: The Fence and Movement in the Grass. (CD release show details below.) You can find AJ online at his website, on Bandcamp and on Facebook.

I recorded T​he Fence​ mostly at KUNM’s Studio A. Steven Nery engineered the recordings with support from Roman Garcia. It was recorded mostly live, all in one evening, and with accompaniment from my friends Alex McMahon, Greg Williams, and Meredith Wilder. Movement in the Grass ​was recorded entirely live at UNM’s Keller Hall, and was engineered by Drake Hardin with support from Manny Rettinger. Greg Williams and Meredith Wilder contributed bass, drums, and vocals on a few songs, as well. It was truly a gift and to work with everyone. 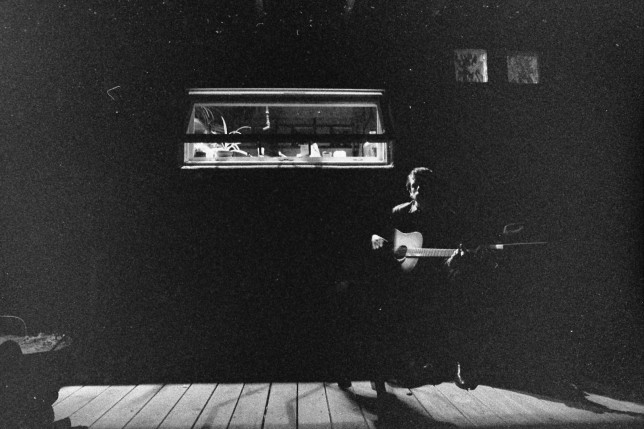 On my current playlists:

I recently ordered a compilation from Light in the Attic Records called N​ative North America.​ It’s hard to put into words. I paid $33.00 for it, and it came with 3 vinyl records and a book about the artists. Their stories are heroic and their music reflects that in the most sincere way. I have also kept a steady flow of Jimmy Cliff, Sonic Youth, Jana Hunter, Julia Holter, Nina Simone, John Jacob Niles, Bad Brains and A.A. Bondy on rotation. The list can always go on. 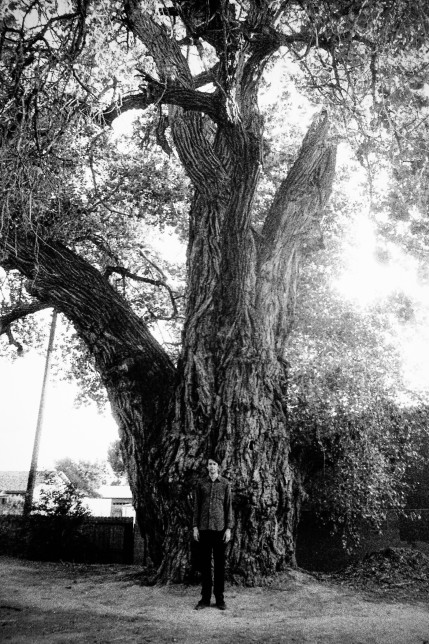 I’ve always felt like a bit of an outsider and music has been no exception. At the most recent bad show I played—they come with the territory—the host showed an hour late with the equipment, stayed only for a moment, then left before it even started. But wasn’t all that happened. Before the show, my ex-­Marine relative was the only one who showed up on time, and when no one came to the door after he knocked, he screamed a military raid threat into the window, scaring everyone who lived there. Later, someone informed me of their visit. “Your folks stopped by,” someone said with a grin.

Once the show got rolling, I was interrupted during my set by someone in the crowd. “Hey, man,” he yelled. “What’s the name of that song? Can I remix that shit?” Then he laughed and said, “Well, I’ve got to cut out. Time to get fucked up.” It was absurd. It was a poorly planned evening, but I made it out alive.

On releasing the albums at Guild Cinema:

It’s one of my favorite places in town. I’ve seen some wonderful art and films and people pass through there, and I’m grateful and honored to have been given the opportunity to play at a place such as the Guild.

AJ Woods will release two new albums, The Fence and Movement in the Grass, at the Guild Cinema in Albuquerque, NM, Friday, April 8, at 11pm.