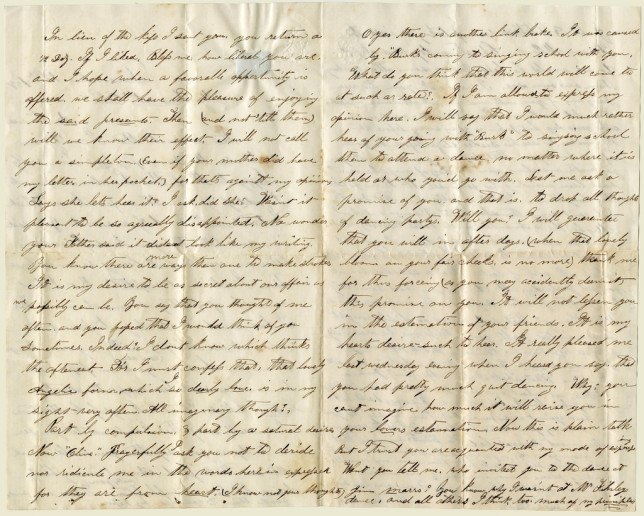 I think it’s the word that’s the problem. Whenever I hear the word networking I immediately see a giant ballroom filled with people in tuxedos, top hats and monocles all laughing at some joke that involves Foucault. Or I see that scene from American Psycho when the men are comparing business cards. Something about it, I say to myself, is slimy and underhanded. Something about it is unnecessary if I just write well enough.

There are likely dozens of other literary-type people in the crowd doing the exact same thing.

But that, of course, is not the case. Networking is necessary to meet more experienced writers, to find people to help edit my work, to know what MFA programs are like and what magazines would fit with my style of writing.

But what does networking look like in real life? If I’m allowed to use that oldest of cliches and define the word, networking is “the cultivation of productive relationships for employment or business” according to Merriam Webster’s Collegiate Dictionary.

“The cultivation of productive relationships.” That doesn’t sound so bad. But perhaps you remain unconvinced.
Another way that I’ve overcome my loathing of the act is to see networking rather like a mystery. I’m a diehard Agatha Christie fan, so I know a thing or two about clue-gathering, and that, in a way, is what networking is all about. People I know know things about writing, know editors, know magazines I could submit to, know people I could talk to about the craft. It’s all a matter of figuring out who knows what.

The curse and blessing of telling people you’re a writer is that everyone has something to say. Whether it’s my Uber driver telling me I should write children’s books because J.K. Rowling did (insert eye roll here), or my step-sister helpfully giving me a list of journals her friends in MFA programs submit to, people have input. It’s usually just a matter of opening my mouth and saying those words “I’m a writer,” or more often, “I’m trying to be a writer.”

And then there are readings, chances to meet real successful authors. I’ve been lucky enough to attend a number of these. Every time I harbor this little dream, which I’m sure many others might relate to. It goes like this: I show up at one of these events, meet the author afterwards, strike up a brilliant conversation, and magically form a mentor-protege relationship that includes manuscript swapping and long intimate chats over coffee. That’s probably not going to happen and I’m absolutely positive most authors are annoyed by the number of eager neophytes attempting to shove their awful dystopian young adult novel under their noses.

But even without that magical connection, readings are extremely useful for networking. Experienced writers have far more clues, to continue the simile, than the average person. They’re actually doing it, living the life I want to live. So listening to them read and asking thoughtful questions has opened gates for me even if no ideal relationship blossomed. Not to mention there are likely dozens of other literary-type people in the crowd doing the exact same thing.

So go forth! Gather clues! And remember you are not alone.