My girlfriend and I have been together for a few years. Lately we’ve been getting very creative sexually. We’ve been incorporating some S&M into our sex life. The more I try it, the more I realize that I like doing really kinky things to my partner and I like it a lot when she does these things to me. I honestly like feeling used. Sometimes I wonder if there is something wrong with me emotionally, or maybe there was something in my childhood that makes me like this kind of stuff. Is it healthy to be like this?

For me, the very definitions of honesty and submission are intertwined. Being truly honest with ourselves and others means submitting to the world around us, not living from a place of ego. It is why the nuns at my temple prostrate themselves before taking the slightly elevated teaching cushion. It is why, in many countries, a common gesture of greeting is a bow. And when threatened by a stronger, faster, or smarter rival, many primates use the strategy of submitting to the stronger opponent, and in this way, they de-escalate the situation, hopefully avoiding serious physical harm. Sexy, huh?

Sexuality and dominance are two sides of the same coin for many animals. For humans they are, at the very least, interrelated. If you think you might be re-living some trauma by acting it out in a masochistic way, that is for you to answer. It is also not necessarily the reason that you might find gratification in “suffering.”

I spent many years as a selfish young man, especially in my teens and 20s. (Hopefully I have turned the corner on that, for the most part.) But particularly in my relationships with women, I was greedy. I was into pleasing my sexual partners, but I could have done a lot more to put women first. As a result, eventually those behaviors caught up with me resulting in true heartache and heartbreak. I tried to change my attitude about certain things sexually, and otherwise. After what seemed like a long period of celibacy (two years), when I resumed having sex, I tried my best to put the other person first.

Flash forward to my current relationship and I have discovered that I REALLY like my girlfriend putting a collar and leash on me and bossing me around, in fact we are planning on having that EXACT image on our next Christmas card! I think the reason I enjoy this is because of the perceived lowering of my “self” and my “ego,” and the raising up of my beautiful girlfriend. It plays right into the biology of our species and I highly recommend masochism to other egotistical young men. I believe that the world would be a much better place if more people would bow to each other, whether in the bedroom or other places.

So YES it is healthy to be however you want to be as long as you are not hurting anyone. That means communicating with your partner, openly and clearly, even if if might be embarrassing. Do they want you to be YOU or not? And if they are accepting of you, then more power to the both of you. Play on!

“Domination’s the name of the game, in bed or in life, they’re both just the same except in one you’re fulfilled at the end of the day” —Depeche Mode, “Master And Servant,” 1984 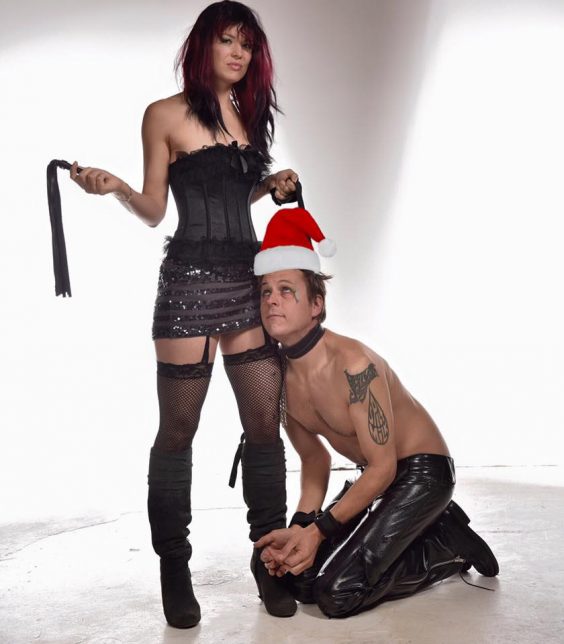 Should we still think of George Lucas as an artist, even though he ruined his own movies for money?

Let’s be honest, you were never a Star Wars fan to begin with. The lightsaber up your butt must have a lightsaber up its butt. I know this because it is clear that you like being entertained, and at some point Mr. Lucas’ movies entertained you. You are a fan of sitting around on your lightsaber-crammed butt, whilst making judgements against people whom you feel have not sufficiently entertained you, lately. Or maybe you are just unhappy about the fact that you are not nine years old anymore.

Okay fine, I will lighten up. I am just so tired of people jumping on George Lucas for altering his movies. These people also usually hate the prequels. Lucas is free to do whatever he wants to do to the movies that he has produced, and that should not even be a question. In the same way, a painter is free to paint any way he or she chooses. And if, after 20 years, Leonardo da Vinci had decided to cover the Mona Lisa with the 16th-century equivalent of Jar Jar Binks, that would be his choice. If you disagree… Mesa tinks yoosa very wude!

I saw Star Wars Episode I with a five and a half year-old little boy, the son of my girlfriend at the time. And that experience moved me. After the movie he was excited about Star Wars! Before that movie, he had never seen any Star Wars, so at 24 years old I got to see what an experience it was for this sweet little boy. At Christmas time, he was SOOO excited to get Star Wars toys for Christmas, and for the first time in years, I was even excited about a holiday.

If each of us tried to see the world through the eyes of children more often, the world would be a better place. And besides THAT, I think Episode III is the best movie out of the whole bunch and I enjoy the Star Wars: The Clone Wars cartoon series very much! So, ex-queeze-me if I don’t hate Jar Jar Binks and the CGI version of Jabba the Hutt. Not only are those movies good, but yes, in my opinion, they ARE art. The fact that they make money—even a LOT of money—is commerce, which is never exclusive of art.

After all, should not we instead level our critical eye towards things that are not only NOT art, but are downright god awful, like Michael Bay movies, which collectively have earned over FIVE BILLION DOLLARS, despite being bloated, meaningless drivel. So release your anger towards George Lucas, he did his best to instill concepts of compassion, acceptance and non-attachment into movies for wide audiences. We need more people doing more of that.