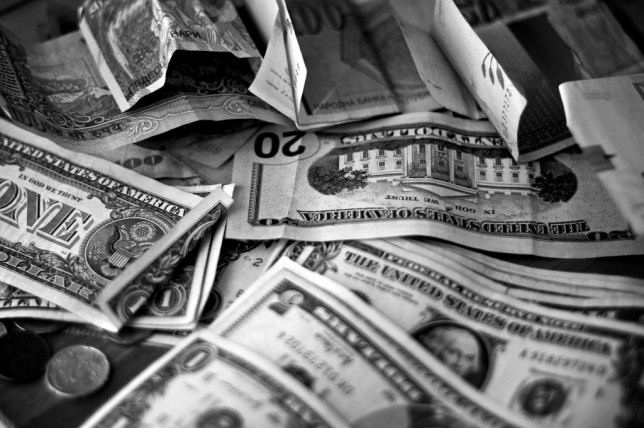 Let’s be honest, the start-up cost for writing is considerably less than for many other artistic endeavors. If I ignore the fancy writer’s retreats and the endless possibilities of writing workshops, the $50,000-a-year undergraduate programs, the $60,000-a-year grad programs, all I really need in order to write is a pen and paper.

Which is lucky since I am walking that very thin line between broke and not broke. The overhead for a writing gig is fairly low and I am very grateful.

However, looking over my previous months’ spending reports, I noticed that the cost of writing has snuck up on me from time to time.

I don’t know about you, but I have become almost addicted to writing in coffee shops. The comfortable noise level, the constant stream of caffeine, the general aura of something about to happen. I find it motivates me to write and holds me accountable, more so than me trapped alone in my apartment listening to the tick-tick-tick of the rooster clock as my life slowly but surely passes me by.

It’s like I already paid for this visit and it would be a waste not to go.

So, I go to coffee shops where the average trip costs me between five and seven dollars depending on how much coffee I want and how much I am seduced by those fluffy little pastries. Not a terrible amount, but say I go twice a week (a fairly conservative assessment). That’s between 40 and 60 dollars a month! When you’re living on a diet consisting primarily of rice and lentils, that’s a sum that I could definitely use.

Solution: make my own coffee at home and go to the library instead. I still get the atmosphere, the pleasant feeling of people and accountability, and the added bonus of having a world of books at my fingertips. Plus, since I pay my taxes, it’s like I already paid for this visit and it would be a waste not to go.

So that’s one cost taken care of, but what else is out there?

Let’s consider the trap that Laura nearly always falls into, it’s called “The Writing Contest.” Now there is nothing inherently wrong with a writing contest, a cash prize is often a good motivator for us salivating creative-types, but when you’re dirt-poor and spending all your money submitting to contests, it might be time to reconsider.

This is not to say that I’m going to give up on writing contests altogether, only that submitting to a variety of possible locations, including those that do not have a reading fee, might be a more financially sound solution until I have something that feels truly incredible.

Finally there is the matter of what I am going to call the cost of money. This is the phenomenon wherein my money worries actually interfere with my ability to write. I am a useless writer when I’m scared, and because of my background I am often frightened by financial difficulties. So from time to time I will become paralyzed by my lack of capital to the point where I can’t even write. Which is silly, but also human.

To combat this, occasionally, let me repeat occasionally, I pretend that I am rich. I go to coffee shops, I submit to contests, I buy a nice fancy new notebook and I don’t allow myself to worry about it. Sure, sometimes this means I’m scrambling in the last few days before the next paycheck, but so far I haven’t died or gone bankrupt and those few days or moments when I allow myself not to worry do wonders for my ability to write.

So there you have it, my hard-earned tips on writing with a budget. Spend your time and your money wisely and know that sometimes it’s okay to pretend to be rich! By being a writer you have access to wealth beyond the paltry reaches of money.