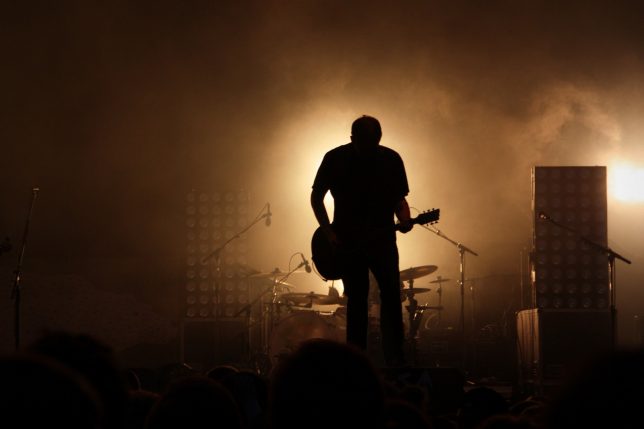 There’s nothing like rocking out. Getting together with some friends or friendly acquaintances to share in the joy of music remains one of the most popular group artistic expressions ever conceived. If you’re lucky you might even write something original, practice real hard, and get a recording done or play a few shows. You probably won’t make money or get famous or set the world on fire with groundbreaking artistry, but that’s all right because you’re in the garage. When you’re just starting out, it’s all about the music, right?

But I guess I was naive to think we were too small, too garage for something like that to happen.

A drummer recently commented that playing in a band is like dating. My experience continues to confirm this. In the past I’ve had to ask band members to stop talking shit about other band members to me, that I’m not their therapist, pointing out the obvious lack of objectivity that just isn’t productive or helpful to anyone. I’ve learned that in bands, just like in life—work, dating, family, etc.—you have to take care of things yourself, you have to confront, be direct and tell the truth. You either quit, replace bandmates, or get along.

Easier said than done. Band members are people. Personalities range up and down the scale from soft-spoken quiet types, on time, prepared and peaceful all the way to the other extreme of egomaniacal musical geniuses, sickened by their talent and easily distracted. They make it look so easy and take it all for granted. And then there’s the rest of us stuck somewhere in the middle, between day jobs and families and bills, just trying to assert a little bit of influence on what we want to express.

I wish it was the other way around. I wish it was all about the music, but it never is and I’m starting to think it won’t ever be. I guess I’ve finally accepted that. The music is a happy side effect. The creative stuff, the collaboration, practice and performance, what I thought I was there for, simply seems a lucky accident amidst the personal ups and downs.

I’m currently a member of a band. We just had show. We recorded it. It was gonna be awesome. But our hot-shit axe-man was so fucked up he couldn’t get in tune much less remember the song. And it wasn’t the first time. A month ago he dropped whole song sections and nearly crippled himself jumping off and back onto the stage. His behavior over the last few months had become increasingly erratic, paranoid and impulsive. Was it some long-buried mania or just really good drugs? No one seemed to know or able to understand, the guitar player least of all.

Honeymoons can only last so long.

The show stumbled along like a tuba down the stairs, sounding different to everyone. Some said it was good, others nodded sympathetically, calling what they had seen onstage “weird.” It was probably the closest I’ll ever get to jazz. What do you do? Take a swing? Do some yelling? It might be entertaining. It would definitely fall under the description of spectacle. Maybe I should’ve taken his guitar away from him and put mine in his hand. I’ll tune the fucker. The band paid some money for that recording, in the hopes of getting something live and alive, a document of our hard work, chemistry and chops. In the end we ended up with what sounds like a jam session where only a third of the band knows the songs, and the fourth member is playing along to the sound of his head. Anger, frustration, bafflement. Heated arguments ensue.

That’s life. Anybody who’s ever been in a band or watched a behind-the-scenes documentary or read a memoir knows how personal habits and ego clash. But I guess I was naive to think we were too small, too garage for something like that to happen. There’s no money involved (well, kind of), no stolen girlfriends (she wasn’t technically anyone’s girlfriend, I’d heard—I wasn’t around for that mess), or grudges concerning songwriting credits (maybe someday), but honeymoons can only last so long.

The band has grudgingly decided to move on without the guitar player for the time being. His presence and absence is met with both sympathy and relief. A druggie talent or insane genius? Does he need help or a kick in the ass? Tough love, or just somebody to listen to him? Who knows. So the music will be mostly the same, we’ll cover the missing leads and try to write for three. And it might be awesome, but it won’t be the same. Not because the music has changed, but because the people did.