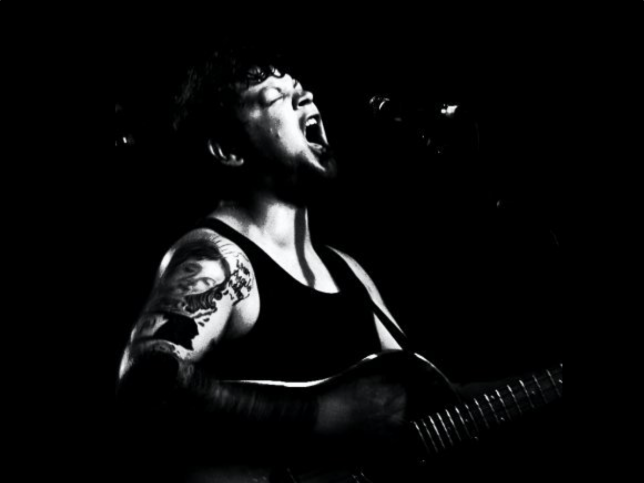 If I’d written this piece three days ago when I intended, it would have been quite different. I, like almost everyone I know, woke up on Thursday and opened up my social media to find out that a second innocent black man was murdered in cold blood by an officer of the law within 24 hours. The video aftermath was horrifying and served to further put white America on blast for their complacency and continued ignorance of the atrocious, deadly and unjust systems that are still holding communities of color at bay.

I’d tried it many times and all of my work came out shallow and contrived.

Hurt, saddened, not shocked, and surely enraged, my mind again earnestly went to the question, “What do I do?” My wife and I spoke about this as she was getting ready to leave for work, and she pointed out that I am in a unique position to speak to other whites about the ingrained and ignored racism that we benefit from and often hold without being fully aware. My audience is predominately white, and they are the ones who need to hear the message.

Musically, I was raised in the third wave punk movement of the 1990s. Punk culture, although often misguided, has rested firmly in the left wing of ideology since its inception (although there are offshoots of hate-based music that exist). Through the lyrics of Jesse Michaels (Operation Ivy) and Ian MacKaye (Minor Threat, Fugazi), I learned that if injustice is something you want to fight, you can fight it with words. In spite of this pedigree, I did not write my first usable political song until I was 31. It’s called “Bitter Pill” and it deals with the economic collapse and the death of the working class. It felt right and I found I was then able to compose more political songs that were not only saying something but delivered well (aka, good songs). 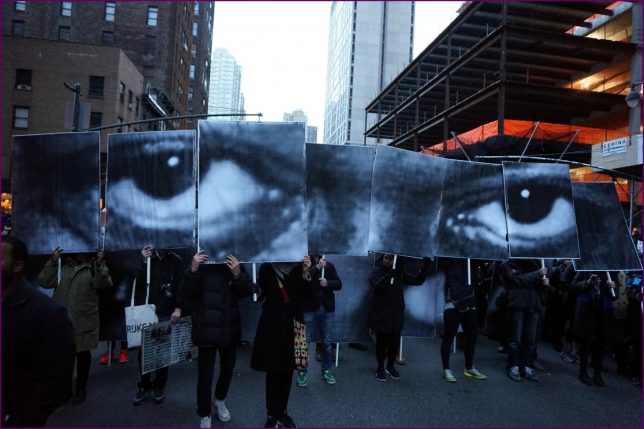 Photo by The All-Nite Images from a march in 2014 for justice for victims of police violence.

It was hard to arrive at a point in my songwriting where I felt the songs with a message were as well written as the songs that were purely emotive or told a story. I’d tried it many times in the past and all of my work came out sounding shallow and contrived. They didn’t have the sober and immediate qualities of the great political songs I’ve always loved. Since “Bitter Pill,” I’ve written a lot of activist-oriented songs; some work and some don’t. Here’s a list of dos and don’ts if you want to include activism in your songwriting.

1. Do take time to look within yourself.

Make it about your experience. A friend gave me this sage advice last year when we were tackling the race issue a bit in our work together. Interpret through your lens and your process: If you are a white person trying to write about the injustice towards the black community, write about how you are processing these events. This will make your music more authentic and genuine, and people respond more to that.

Appropriation is taking something from someone for your own use, without their permission. This is a difficult concept to understand and avoid when writing politically. The aforementioned tip goes a long way in establishing your voice, and keeps you from using the voice of others. When we are writing about a story that is not ours, we have to keep that perspective. Do not assume someone else’s experience, and do not use that experience so you can sell songs.

3. Do consult with others.

Run your political songs by savvy friends. On my latest album, Cross the Water, is about undocumented immigration. I was unsure whether the song was appropriation. In order to understand whether or not it was apropos for the album (or for a white man to sing), I consulted with a good friend of mine, New Mexico State Rep. Javier Martinez. He is intimately connected with the subject of immigration and has a deep understanding of race and appropriation. It led to an amazing and life-giving exchange between us and a few changes in the song.

The song must be completely genuine and authentic. These traits become evident when the song exhibits a strong sense of originality: in content, lyrics and musical movements. If your song sounds like a bunch of other political songs, you may want to retool. Retool it over and over; it may be the most important song you ever write. Take the song apart, don’t be satisfied with half-measures.

If you’re going to be writing about politically charged subjects you’d better be correct in your facts. You will be placed under a microscope, argued with and confronted. Know your shit. Know your talking points and rebuttals and have them ready to go at a moment’s notice.

If you’re going to step out into the world of activism in your songwriting, you are going feel some pushback. Singing my song about undocumented immigrants takes on a lot more risk when I’m performing it in southern Arizona than it does when in Philadelphia. I’ve been confronted about the lyrics in my songs and it’s not a very fun experience (I’m actually not a fan of arguing with people). There are some who will be quite aggressive but you have to stand your ground. Here’s the deal: A lot of the people that are protesting within their own communities are getting arrested, beaten and killed for their struggle. It’s time we shared that burden with them and gave them a break.

Go forth and do good. Don’t be afraid and don’t let the bastards grind you down. We have a unique opportunity to spread awareness, let’s not squander it.

Russell is a singer-songwriter and Licensed Mental Health Counselor in the state of New Mexico, although he no longer holds a practice. If you need assistance in locating mental health resources or just want to drop a line, he invites you to email him: russelljamesmusic@gmail.com

Please check out his blog on connecting with nature as a coping skill: https://theriversbend.wordpress.com

View all posts by Russell Pyle →