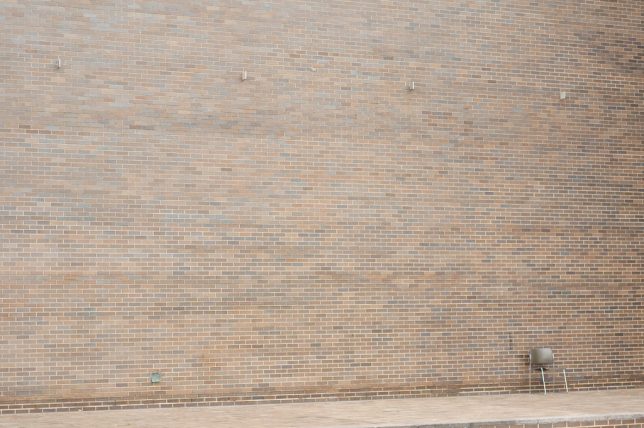 The first heat wave of each passing year reminds me of the times I didn’t get into acting school. The 10-year anniversary of my first audition for SUNY Purchase just passed, and because a decade is a cherished cultural increment of time, I am, for the first time, releasing my failures from the vault. Here’s a little guide to how to not get into acting school.

1. Pick an overly dramatic monologue, and perform at the emotional pinnacle of a telenovela.

Then forget all the words and switch your monologue. This worked particularly well for me during my first audition as a high school senior. Only a sentence or two into my contemporary piece, which involved being in a wheelchair and sobbing, I lost focus of everything I was doing and sat on the chair, unmoving and mute.

Not to worry! I stood up and performed a totally different monologue, one that I’d actually never practiced! One I knew because I heard someone else performing it in my high school’s production of The Crucible! I was pissed! I yelled something about smashing heads or suffocating someone with a pillow! It sealed the deal! Definitely not getting into acting school! 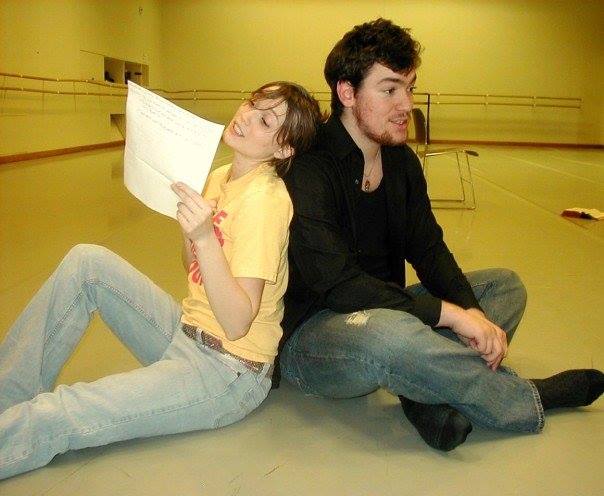 Me on the eve of my second audition.

2. Submit your application with no references and without having another human review it.

If under “Do you have any famous or well-known family members,” you write, “My uncle goes to Rainbow Gatherings, and he is infamous for a bus chase (a school bus he lives in) (and I think he is banned from several states),” there’s a pretty good chance you won’t get into acting school.

Also, during your interview for acting school, when you are asked what your favorite color is, you should say, “Black, because Jackson Pollock spent his career desperately trying to articulate his feelings on a canvas, and towards the end of his life, when he was suffering from depression and alcoholism, black overshadowed his work, sort of as an homage to the void, which is interesting because black encompasses every color so it’s really the opposite of the void.”

You should probably say yellow and keep your family members’ criminal histories out of your application if you want to get in, but lets keep our mind on the goal here. 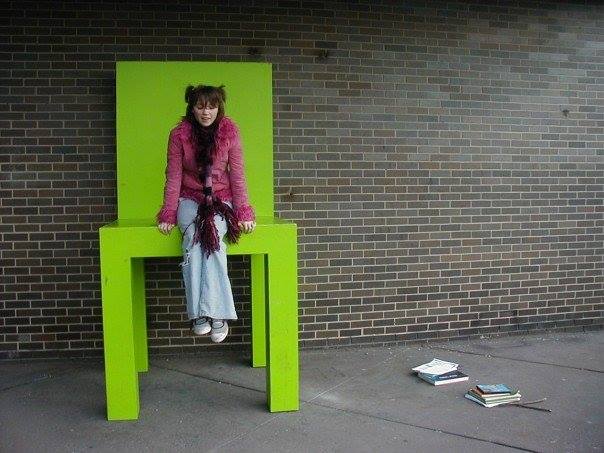 I am in a giant green chair on campus. (I was known as the pink fur coat/sandwich girl.)

3. Only apply to one school.

After my second audition for acting school (for a minute I thought I actually wanted to get into acting school and worked laboriously on my audition), I was waitlisted! Before I found out I was waitlisted, however, my Shakespeare professor gave me a little insight about my predicament. He said I had a wonderful audition but is afraid I am not competitive enough. He said something like: “We noticed you didn’t audition for a single other conservatory or acting program. You don’t need to go to acting school if you want to be an actor, you know. Just something to think about if you aren’t accepted to the program next year.”

SUNY Purchase in 2006 had a school newspaper with an annual naked edition full of my peers in the nude, a drag show instead of a homecoming dance, a midnight pancake party with my professors, and it was in the middle of the woods. Why the fuck would I want to re-enter urbanity, and where would I acquire the funds to apply to (much less travel to) other schools I had no interest in? You don’t date someone just to make someone else more interested. Not cool for perpetuating playing hard-to-get, acting school. I addressed this concern in a post-waitlist email to the dean. 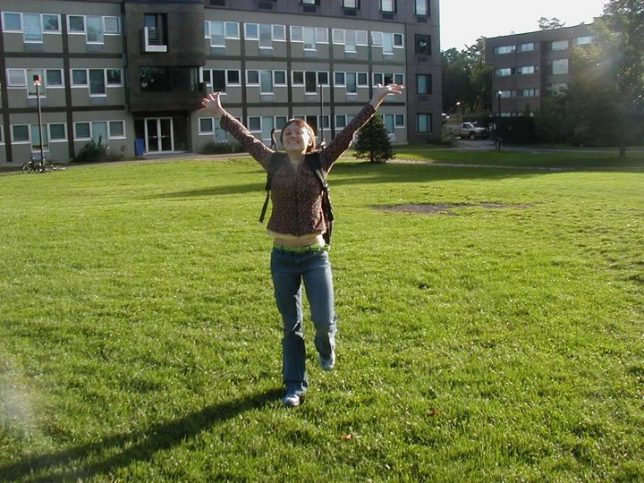 My first day on campus in 2006, when I attended the school anyway, despite not getting into the acting program.

4. Write a dissent to the dean of the acting school upon discovering you are waitlisted.

Mine read something like, “I’d like to say I believe you are making a mistake in not accepting me into your acting program. I was led to your school by the universe, and I am given the impression you would rather me audition for other schools, so perchance I could go to NYU and work with the Olsen twins. Perhaps if I was related to an Olsen twin your conservatory would have accepted me. I wish you the best, I will be back.”

I actually never went back to SUNY Purchase, in case you are wondering; the family friend who cosigned my loan wouldn’t support me financially if I wasn’t accepted into the program. I might have made it in, since I was informed that I was near the top of the waitlist, but I was in full self-sabotage mode, distraught from a breakup, half-believing I should be a mime, and I was 19 years old and absolutely determined to not get into acting school. So, I wrote that letter, and after two years of auditions, a callback, and a waitlist acceptance, I succeeded in not getting into acting school. Cheers to that! 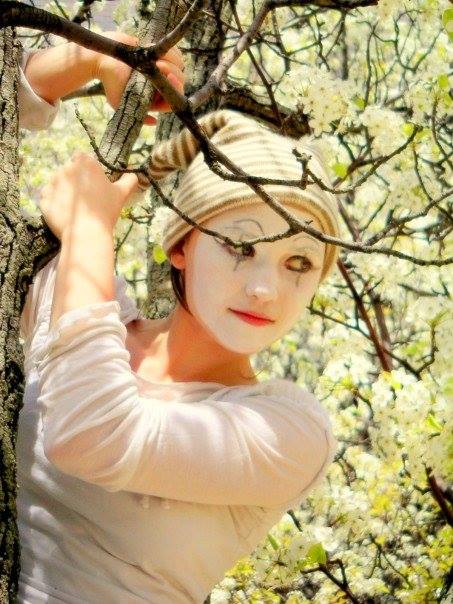 This is obviously my mime.