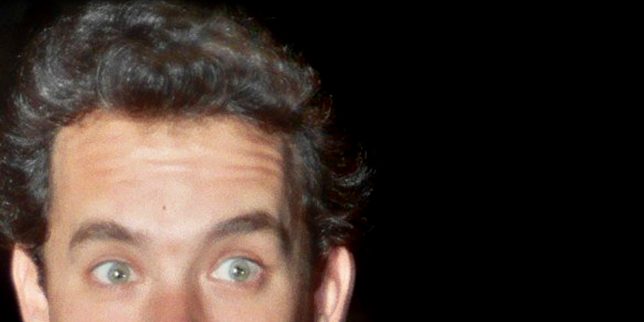 Every veteran of the stage has a trunk full of stories about moments that go wrong on stage. Live performance is a place for wild randomness and horrible coincidence. It is the stuff of nightmares and the fodder for countless stories related at cast parties.

There was the day that Theresa, playing the bitter old Beatrice in The Effect of Man-in-the-Moon Marigolds, managed to step into a rabbit cage—don’t ask me how—and clomp about on stage with a live and terrified rabbit thrashing about the hutch, which was stuck to her foot.

Tom’s laughter slowly built into a howling wail that filled the auditorium.

And then there was the day that Jim Carpenter (once of New Mexico, now one of the fabled and treasured actors of the Bay Area), playing a saucy and craggy Sherlock Holmes, had the hot ash from his lit cigarette fall into his lap—attempting to maintain dignity and lines as he fished around in his crotch for the live coals.

And then there was….

Such stories define a membership in the guild of those who have stood exposed, with their spiritual bodkins naked in front of an audience—and they are cautionary tales and lessons about what we do and do not do to fill the moments on stage with as much craft and honesty as we can muster.

One of the most exquisitely embarrassing moments (and one of the most instructive) I have every witnessed in the theater happened on a stage at Sacramento State University.

Tom Hanks, CB Davis and I had gone to see a performance of Shakespeare’s Two Gentlemen of Verona. The production was extravagantly over-the-top in its design elements. A cartoon train pulled on stage, its conductor wearing overalls that had been cut into puff-pleated Elizabethan shorts, worn with tights and an engineer’s cap sporting a feathered plume.

Two Gents is not one of my favorite of Shakespeare—it is an early comedy, perhaps his first play—where the women are treated terribly by men and then the men are forgiven by the women in the contrived and simplistic ending. In later plays, Shakespeare’s characters tend to reap the actual consequences of their behavior.

But in the middle of Two Gents, there is a nugget of comic genius—a monologue by the clownish servant Launce delivered to his dog, Crab. Launce berates the dog for always getting him into trouble—and how he has had to offer himself to be beaten for the dog’s transgressions, which are many and sordid.

In this production, the dog was a lanky greyhound (perhaps it was only a large whippet whose frame has been enlarged in my imagination by time and telling)—an unusual choice for a stage dog. Apropos the warning from W.C. Fields for actors to never work with children or animals, this dog proved to be something of a problem.

By the time the poor actor playing Launce had reached the line, “O, ’tis a foul thing when a cur cannot keep himself in all companies!”the dog had achieved an erection of magnificent proportions and was most enthusiastically humping his master’s leg. The more Launce attempted to push the dog away, pushing with his foot against the animal’s chest, the more joyous became the thrusts of the excited beast.

The audience was horrified. A deep silence fell across the 400 people in the house. The poor actor was in terror as he struggled on through the monologue—“when didst thou see me heave up my leg and make water against a gentlewoman’s farthingale?”—comic lines that were met with a ghastly and echoing silence by the audience—except for Hanks.

Tom’s laughter slowly built into a howling wail that filled the auditorium. The louder he laughed (I seem to remember him banging his fists into the chair in front of him but this may be only wishful memory), the lower the audience shrank in their seats. Heads sank into lifted shoulders like a group of threatened turtles. And Hanks’ laughter continued to rise and sail above us.

And Tom was right—and we in the audience—and the actor playing Launce—were wrong. Nothing was going to un-erect that dog and there was simply no dignified retreat available. The only option was to embrace the moment and use it. There is great permission in a clown-based character, which Launce undoubtedly is, to acknowledge the presence of the audience and allow us to share his experience of the moment on stage. If the actor could have released himself—and if the audience had been able to help release the actor by joining Tom’s riotous laughter in sharing the suddenly discovered joy of this moment—it could have been a moment of memorable comic genius.

It was, of course memorable nevertheless. I’m sure it is etched for all time in the memory of that beleaguered actor and I’m equally sure the story has been polished and told and re-told by generations of cast parties.

Certainly, it lives in my memory, and I have recounted it to innumerable students over the years—along with the lesson about making oneself truly available to the precious magic of live performance.