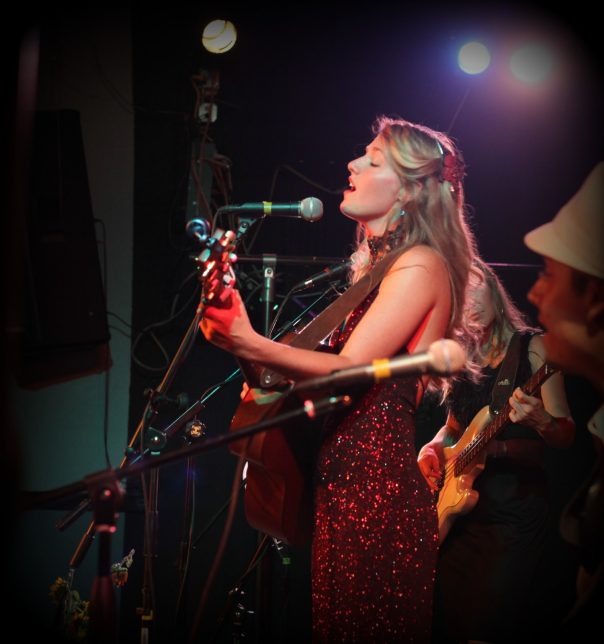 Guest Blogger Gabrielle Louise is an accomplished Colorado-based singer-songwriter—a touring machine!—who will be playing in Albuquerque Sunday August 14 at the Art of the Song Coffeehouse. (Tickets here.) She is today’s featured Music Maker.

Tracking a record is the most fun I get to have all year, or in some cases, in many years. It’s better than Christmas as a six-year-old. It’s what I imagine becoming a new mother probably feels like. The record I’m coming out with this fall, If the Static Clears, was the product of several years’ worth of material. In fact, I have a Kickstarter campaign going for it right now! 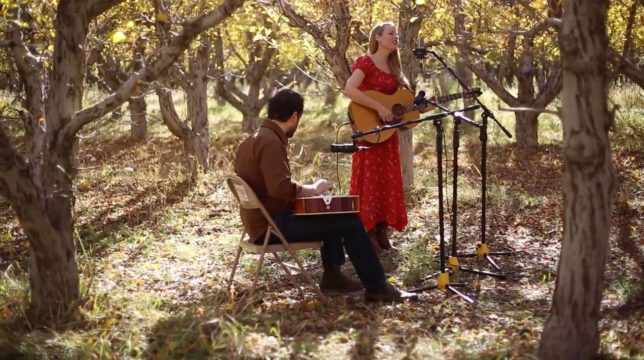 We tracked 13 songs in three days using a live rhythm section, a live backup vocal section, and aiming for full usable takes as much as possible. We didn’t mess around with rough guitar or vocal tracks. We just went for it—embracing the flaws and all. Tracking this way leaves you very little control for editing or fixing later, since there ends up being a lot of mic bleed between the guitar and vocal mics. In this way you have to just be happy with the humanity of it, understanding that the imperfections lend to the lovability of the portrait.

After explaining this to a friend recently she said, “Ahhhh! It’s like handwriting as opposed to typography.” I thought that analogy was perfect to explain how I like to make a record and why. 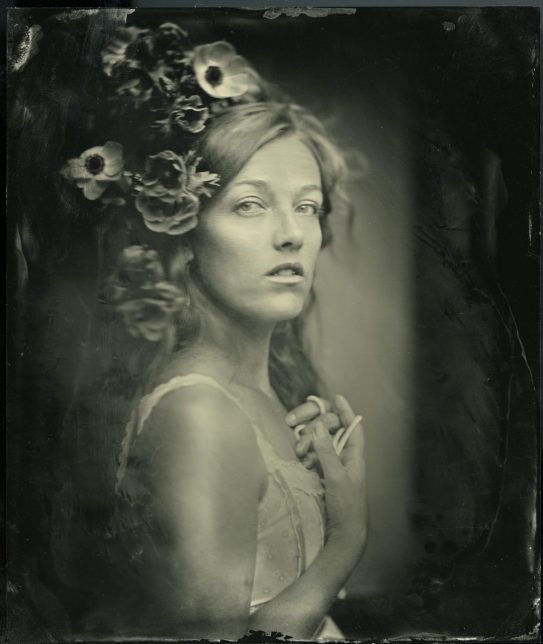 Though it’s very hard to choose a favorite songwriter, I can say that I’ve been largely influenced by the soul-bearing brand of greats: Joni Mitchell, Jackson Browne, Leonard Cohen. I’ve learned so many Dylan and Waits songs. I love almost all of them. I admire John Prine and his sense of humor, Kate Wolf and the relaxation and sense of place in her songs. (And I probably love her also because she sounds a little like my mother when she sings.) 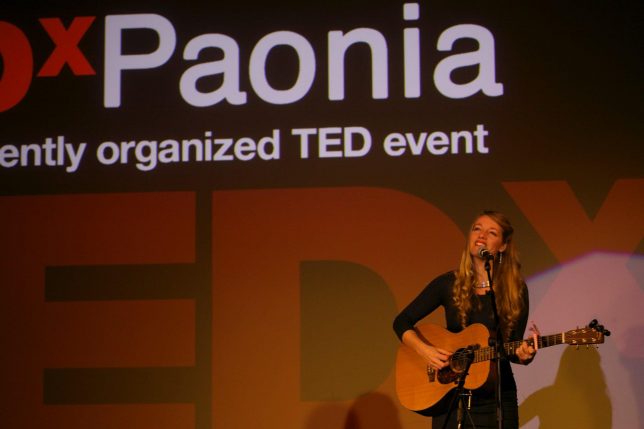 More contemporary greats that I adore and most certainly draw from are Patty Griffin, Anaïs Mitchell, Eliza Gilkyson and Gillian Welch. There’s so much beautiful music. But you know, the people who have affected my writing and style the most aren’t household names like that. David Rynhart and Justin Evan Thompson both brought me to major junctures in the way I approach writing, fundamentally changing how I look at the craft. 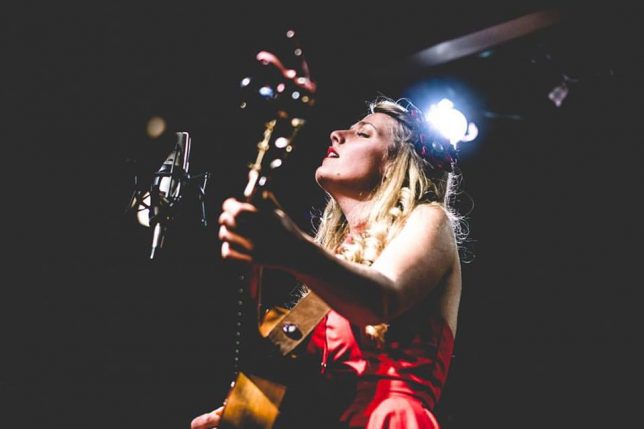 As it turns out, right now I’m checking out an advance cut of Dan Carlucci’s new record, Rebirth. It hasn’t come out yet, but I think people will love his songs when they hear them. He has a very classic voice as a writer and a singer both. I was honored to sing on a couple of the tracks, so when I opened my email this morning and got the link to listen to the way it turned out I was stoked! 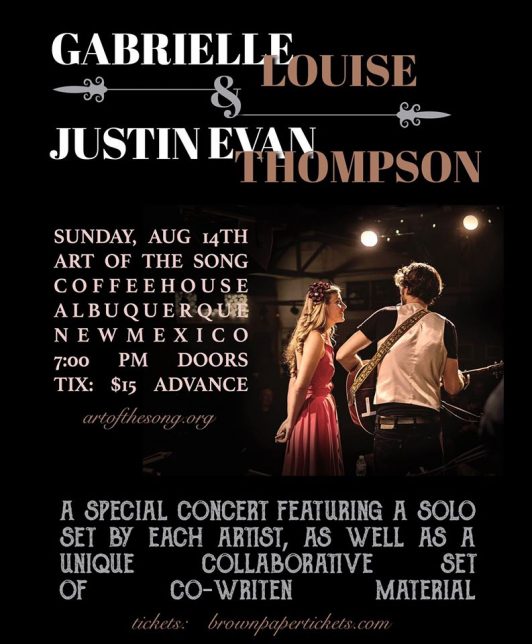 Gabrielle Louise will appear with Justin Evan Thompson at the Art of the Song Coffeehouse in Albuquerque, New Mexico on Sunday, August 14.