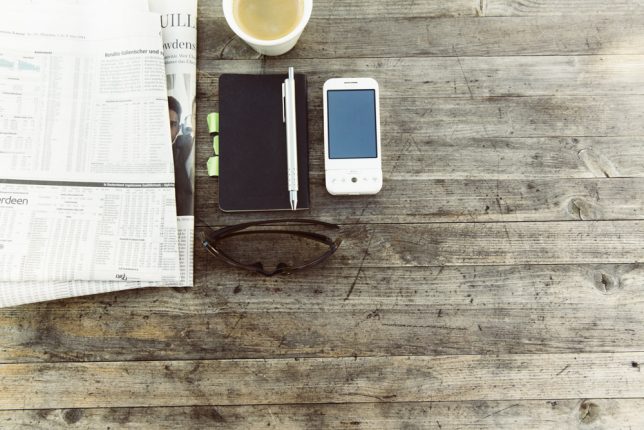 Two years ago I graduated college as a Business Major with a focus in marketing. One year ago I started a record label. Right now I have no clue what I’m doing.

I had talked casually about starting a label ever since I was in high school, playing in bands and wanting to share my friends’ music that I thought people should hear. I admired labels like Kung Fu, Asian Man, and Epitaph—labels started by DIY musicians for DIY musicians.

You should have a list of everyone you’ve contacted.

So I went to college and majored in Business in hopes that someday I would be able to run a label with what I learned there. I’ve learned a lot more about business and marketing from running the label than I did anywhere else, and most recently I’ve picked up some publicity tips. It’s not all traditional, but it’s what’s worked best for me. Love or hate it, here it is:

This may seem like an odd point to start with, but I have gained a lot of interest in the records I’ve released by posting it in various subreddits. There are so many music subreddits related to different genres and music pressing formats that the potential to reach new listeners is so much more than that of plain old social media. In other words, it’s more niche-specific and you can hit a plethora of niches. As well, people on Reddit are genuinely there to start conversation and ask questions, and on music subreddits they’re there to dive into some new songs and albums as well. People on Reddit have bought things from my web store after finding it there and asking me questions about it; I’ve even worked out trade deals with some of them.

2. Press Releases Don’t Work For Me

Since I’ve been interested in publicity, people told me I need to learn how to write press releases. Well, I learned in college, an internship, and my day job, and at the end of the day I can safely conclude that nothing works as well as a straightforward, no BS email. “Hello, could you post about this? Here’s a streaming link,” works way better than “URGENT: FOR IMMEDIATE RELEASE: *BAND* RELEASES NEW ALBUM 2016” bla bla bla.

Note: Sometimes people get email marketing and press releases mixed up, and here lies the difference between publicity and marketing. The former is about getting your release into the hands of the media, while marketing is about getting the attention of potential consumers. Email marketing is commonly used by record labels and bands to inform those signed up on a “mailing list” about a new release or tour. (Read more here). Press Releases are for publicity and media exposure—they go to people who are going to write or share information about your releases.

3. Make Friends in Different Corners of the Internet

When a website or blog with a lot of clout works with DIY bands, they get a lot of emails to their general address and can sometimes be very hard to get a hold of. In those cases, I’ve sometimes found luck with specific writers rather than the general contact info. Going through Twitter helps a lot as well if there’s no contact email on said website or blog. Find an email address, find something in common, and reach out. This will hopefully become someone you can go back to for news, reviews, etc.

Just make sure to treat everyone with respect and realize that they are giving their time to help you—and don’t abuse or take that for granted. In fact, help them by sharing the things they write about your music or helping them if they ever need a favor. Make connections and treat them like friends.

4. Social Media Is as Good for Networking as It Is for News

If you “like” any band on Facebook, you know that it’s the ultimate authority on when their next release or show is. Websites are good too—but often nowadays bands don’t pay for websites because Facebook pages get more traffic. Some giant brands kill it on social media more than anywhere else. Beyond promotion though and talking with fans, it’s also a hidden gem for contacting music websites. The messaging system is a great way to get in contact with blogs and music sites that don’t have contact email readily available. Twitter is even better if said blog has an account. I sometimes even like to email someone, then contact them on Twitter to inform them about it—that may seem redundant, but it’s been pretty effective for me as to getting responses.

5. Being Organized Is Key

Simply put, you should have a list of everyone you’ve contacted and whether or not they’ve done publicity for your releases. You should know how to contact them again and what kind of music they usually post about. It’s a lot of work at first, but this will help with publicity for future releases and is ultimately very, very worth it.