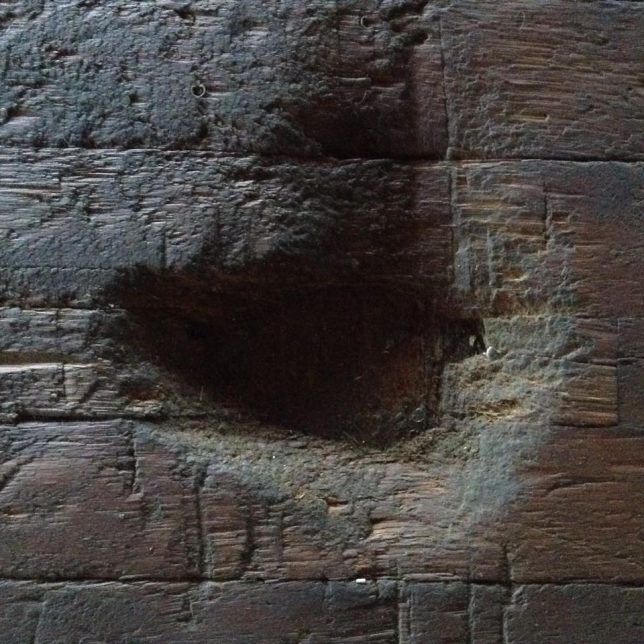 This is the final post in an 18-post countdown to MEMORY, Amy Stacey Curtis’ final solo biennial in Maine in September/October 2016. After MEMORY, she will have completed nine solo biennials over 18 years, with 81 massive interactive works installed in mill spaces. Read the Countdown to Memory series here. Please continue to follow Amy’s post-MEMORY process at www.theartistplan.com.

I was 30 years old in July 2000, when my first solo biennial of interactive installation opened for participation in Lewiston, Maine’s Bates Mill.

I remember thinking, I can’t believe it’s finally here, when the doors opened after two years of labor making its nine large-scale works.

The installation and mill clean for this first of nine solo biennials through 2016, would be much more condensed, 2.5 weeks as opposed to the 9+ weeks I would soon learn I should use from then on.

Two and a half weeks just wasn’t time to do all I wanted to do, but it had been enough.

I had worked 18 hours each day (I could do that back when I was 30), my husband Bill had worked every weekend and at least 6 hours every weekday after doing his own job, plus lots of friends and family had volunteered.

It also had helped that I didn’t scrub; I had only swept.

My final exhibit was already here, I was here in my last mill space, it was time, and I didn’t want it to be. I didn’t want my 18 years to be over.

At the start of the 2.5 weeks in my first Maine mill, time was already rushing forward as I began installing my works, things with elements I’d prepared for 20 months.

Then, as the opening approached, the hours and minutes moved faster and faster as if I was falling from way above the earth, and the ground rushing toward me was the doors to my exhibit.

And all was fine.

I remember thinking, I will be 46 when I mount my 9th solo biennial of interactive installation.

Although I had 11 weeks to install my 9th and final solo biennial, the ground began rushing up to meet me as soon as I started scrubbing the mill floor.

For me, my final exhibit was already here, I was here in my last mill space, it was time, and I didn’t want it to be. I didn’t want my 18 years to be over.

But, as I worked over the course of the 11 weeks (Bill working every weekend and some weekdays, some of the same friends and family volunteering along with several new friends), time slowed to a steady pace.

I had settled as much as I could into my work, trying to love and be with each scrub, carry, and placement of object, so that when it was time to hit the ground, and open the doors, I’d no longer be thinking about what could go wrong, and lasts, and finals.

I’d only be thinking about the hellos and thankyous and hugs from all the people helping me make this big work I’ve wanted to make these 18 years.

I wouldn’t be falling from the sky, but standing with my feet firm upon the floor I had cleaned with all I had.

I wish you, reader, were here with me too.

Please continue to follow my process as I move beyond my 18-year project at www.theartistplan.com.