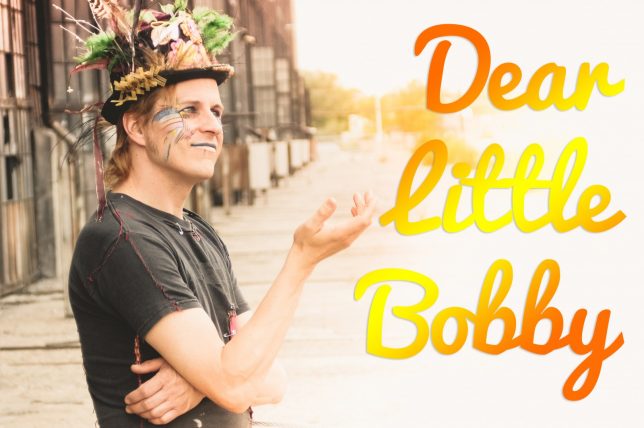 I’ve spent months organizing and helping the Sanders campaign and I’m just on outrage overload. Honestly I don’t know how to even give a fuck anymore. I’m too young to be burnt out on politics (I’m 26). Is there anything I can do, or that someone can tell me, that can restore my faith in our political system? I’m looking for hope but all I see is a charred hull of something that used to call itself Democracy.

—Give Me a Reason To Stay Involved

Dear Give Me a Reason,

You have spent MONTHS working on this? Really? Explain to me what it is like to care about something for months? I have only been following politics since the mid ’80s, so tell me again why you are outraged after months. Do you think Bernie Sanders got interested in politics months ago? Do you think that now Bernie is going to stop “giving fucks”? Even if you abandon this political revolution, it will not abandon you. We are in this together.

Withdrawing from the process allows those greedy bastards with power to have even more power.

All of my initial sarcasm aside, I have been battling cynicism like yours since before you were born, battling my own cynicism and the cynicism of those around me. It is unhelpful and in fact, it is counterproductive. I wonder if you are male? White? Straight? Middle class? Or probably some combination of those?

The term “Bernie Bros” is clearly a label directed at “young educated white men” who have the privilege of testicles. But I will continue to work for progressive values because my girlfriend, my sister and all of my “sisters” do not have the privilege of testicles. I will continue working until there in no privilege associated with testicles, and then I will continue working after that. Because, although I hope we are not too far from gender equality in this country, I know that there will still be those of “us” who are in cages being fattened for the slaughter.

The world is full of suffering and there will be no true and lasting happiness until all living beings find happiness in others. You can restore your political faith by helping others, by fighting the good fight…i.e. by staying political. This does not mean you have to help organize the Clinton campaign, it does not even mean that you have to vote for Mrs. Clinton, but withdrawing from the process allows those greedy bastards with power to have even more power—and whether you think that means Trump or not is beside the point.

I wish more people had helped Bernie and now I hope that people get active and support Clinton. And I am not giving her a pass. If she wins, I will hold her accountable during her four years in office, accountable in the next election and accountable in my own heart.

Again, what would Bernie do? Senator Sanders himself has asked you to be active, to help push this political revolution forward, to help make it happen. That requires giving a fuck. That requires getting over your own ego and your attachment to the way that you think things should be.

I personally think we should all have electric cars…like 20 years ago. We are irreparably damaging our environment, to the point that I sometimes think “What is the point?” But giving up, polluting more and not caring would be precisely the wrong thing to do, regardless of where we are, or are not, in terms of saving the environment. If you care about our environment, the way that I do, the way that Bernie does, then you will work to revitalize our Democracy, instead of walking away from it. I will stay active. I will stay informed. And I will not hand my little bit of power over to someone by disengaging from the process.