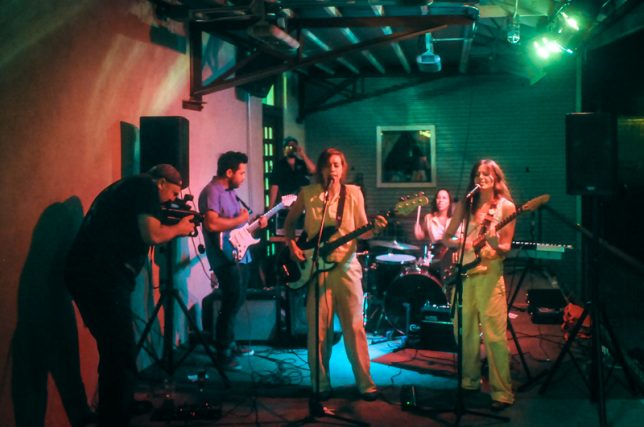 Sitting at the bar one hot August night waiting for Prison Bitch to play, I saw an orange extension cord dragging across the outdoor stage at Tractor Brewing, then followed it with my eye up to a bulky old VHS video camera in the hands of Scotty Milder. Walking outside, I might have laughed and asked Scotty if he had found the thing in a yard sale, but then Scotty said he was shooting a video for Prison Bitch and pointed over to Corey Weintraub by the stage with another camera. I knew they had a plan. 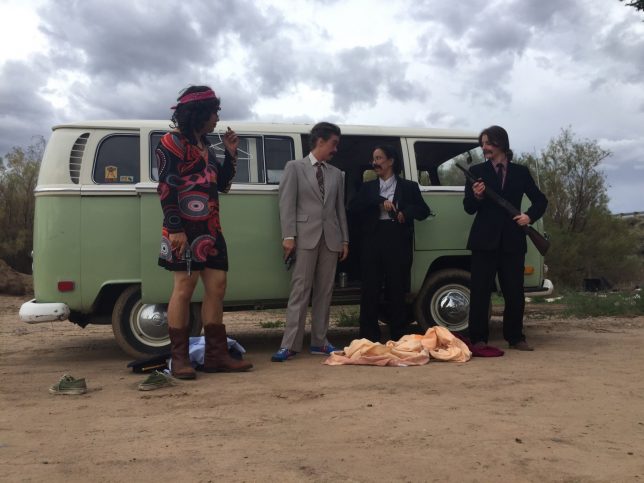 These two have earned their reputation for creating solid, visual (and usually bloody) stories. Shot in one day (sans the concert footage) here in New Mexico, this video lays out the beginnings of the Prison Bitch story in all its theatrical glory. Bassist Lauren Poole says the video came together quickly because everyone involved was immediately on the same page—a page, it’s worth noting, where the characters have an affinity for high concepts, sweaty costumes and stabbing people.

Standing in the kitchen of the Prison Bitch hideout watching the rough cut of this video this past week, I just kept thinking I’m not sure who else could have put all of that together with a song called “Ya Ya.”