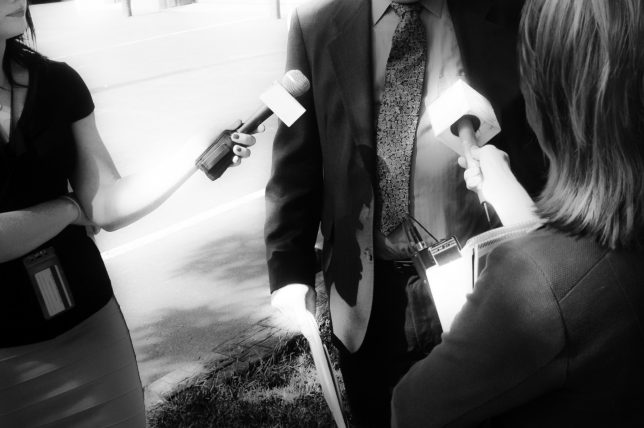 Guest Blogger Judy Miller Silverman is a music publicist is the owner and operator of Motormouthmedia. This piece originally appeared at Watt and is reposted here via a Creative Commons CC-BY license.

I’m about to unveil one of the darkest secrets of the music industry: You don’t need a publicist.

Every week, I estimate I receive over 50 inquires for publicity services from artists of all stripes. Some of these are so wildly out of the zone of the projects we represent, I have to curb my inclination to write them back and tell them the error of their ways. Other queries are from young bands who have done the research and definitely want to be part of a stable of artists we represent, but are simply nowhere near ready for a publicist. Some arrive from people that believe they can pay to hire you without any regard for the sound or the music or project. There are also an odd breed who write you and honestly do not know what publicity is at all.

Paying people to try and get you reviews is not going to change the trajectory of your career.

The below excerpts are from actual emails I have received over the last few months:

“Hello, my band just completed our first demo and we are trying to shop it and thought getting some good reviews would help us land a deal. We would like to be featured on Pitchfork and Stereogum and think that would really help us.”

“Hello, I play in a reggae/ska band and we need someone to get us shows.” (We do not book shows.)

“Hello, this is my 3rd email to you, looking to get some newspaper coverage for my Petty cover band. We play every Friday at Dan’s Bar and Grill.”

My personal favorite came from the guitarist for ’70s/’80s singer/songwriter Juice Newton. He relayed that since her song was used in the movie Deadpool, there is revived interest in her and her work and they are trying to make a go of it. I grew up with “Angel of the Morning” blasting on AM radio but that didn’t mean I was qualified to execute a comeback of this type. (I wished him well in a return email.)

I know every email is coming from a genuine place. If I had the time to respond or redirect every person who wrote to me, perhaps I would. But I simply don’t and there’s often no easy answer. Even when I think something is promising, and I write back saying so, they often ask you for referrals or when I think they will be ready, which has put me off answering at all. I do not hold the magic key to your success kingdom.

While I am not a musician, don’t think I haven’t been there. I too have struggled in my career and I definitely wrote my share of cold letters and emails to people I believed could help me or employ me. It almost never worked. In retrospect, every “in” I ever had was from meeting people at internships or hanging out at shows or in record shops. Opportunity came from word-of-mouth and working hard, ensconced in a community of people in music.

My advice here today is the same advice I have been giving to people for 20 years. We can’t use our resources to get you heard 99% of the time. I cannot sell an unsigned, unknown, un-managed, unbooked band that nobody has ever seen or heard any better than the band can itself. Nobody loves you more than you do, so look inward to make things happen. It’s incredibly difficult in the current media climate for even well-established bands to get noticed, and if your intent is to use your publicity to get you other things (manager, agent, label), you should spend your money elsewhere.

Here’s a positive example of a successful way to move your project forward. My intern John (not his real name) has a local band that plays out and records. John is an incredibly smart guy who took an internship with us to learn about PR for his own project. Many months into dutifully interning he sheepishly asked me, “If I email SPIN about a premiere of a new track that my band has, would you stand by me?”

I told him I would and encouraged him to try. I liked his initiative and that he didn’t ask me to do it, he asked to do it himself. John was able to place the track with SPIN and earned it through thoughtful work. John many spent months learning how the system works and why that particular site might be a good fit for his band to premiere a track. He knew who to email without asking me and took the initiative in a positive way.

The internet has opened a whole new world of DIY style. Just 10-15 years ago you had to sit on the floor and package up records or CDs or cassettes to send to people with actual letters enclosed. Today, a link and an email address can serve the same purpose. However, this relative ease has meant the number of people emailing others has increased exponentially. On average, editors and labels get hundreds of music submissions a day, as do many other people working in various facets of the industry.

This is a list of things you should think about before you start hiring a publicist or cold emailing people:

Even if you follow all these rules, the ratio of records released to successful bands is small. It’s like any other creative community: You have to learn and grow and work the angles. Paying people to try to get you reviews is not going to change the trajectory of your career. Really good, interesting music is always in demand.

So keep making music and putting it out there with all the free resources available. A record deal these days is not always what it’s cracked up to be. Cultivating a live following is a huge part of how to survive off music. It’s hard, but every moderately successful band or musician out there had a first gig and a second gig and a first record review, manager, agent, etc. It doesn’t happen overnight for anyone, even the most connected.

This might sound discouraging, but think of this as honest advice. I am trying to save you from that fate of wasted time and money and full-tilt depression (wait, that’s me!). My true intent is to tell you to go DIY before you DIE. You are not alone in having the proverbial doors slammed in your face while trying to build your project. Unless you are the heir to a legacy or fortune (and there are a few of these out there), everyone struggles in their own way. I am a true believer in the theory of hard work and not expecting miracles, but do not tell me there is no easter bunny. That I won’t hear. Godspeed.