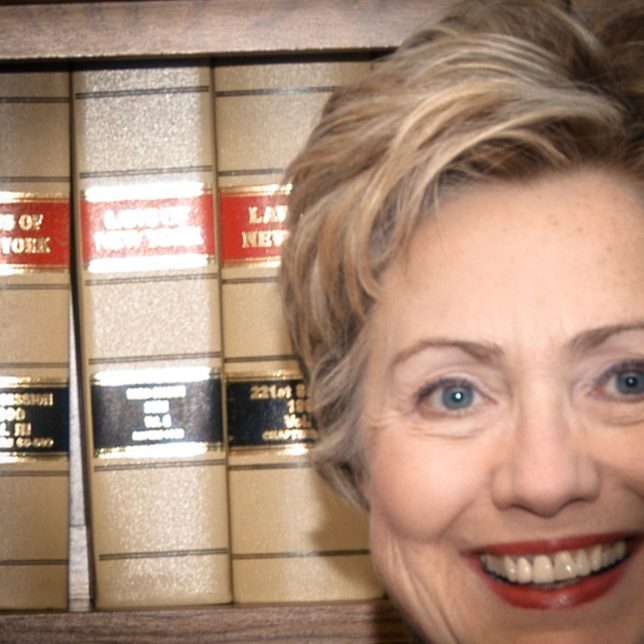 Our story begins on October 10, 2005 in the doorway of an office at the local Democratic headquarters in Rochester, New York. The photoshoot was a cattle call for Democratic candidates running for local offices. On this day, close to 100 people wanted to have their picture taken with then-Senator Hillary Clinton, but I had been brought in to photograph only a half-dozen or so candidates that wanted to make sure that their pictures actually looked good. I had been shooting politicians for political advertising for just a short while at that point, but I was already starting to catch on to the strange, and not particularly glamorous, world of local political campaigns.

Ms. Clinton arrived ringed by security and Huma Abedin, and, smiling, she was ushered into the campy room we had set up with a cheesy-looking bookshelf as a studio. There was some other photographer there, a volunteer looking to photograph the other 94 or so people that wanted their picture taken that day. Everyone got to work quickly. 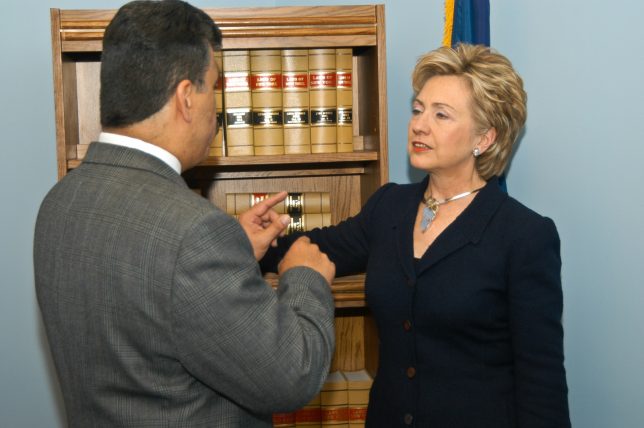 This is the part in the photo shoot where Hillary Clinton talks to the local guy and gets a bit drowsy. Photo by Clarke Condé.

It was at that moment that I began to understand some of the day-to-day challenges of the job of being a politician and I really began to feel sorry for Ms. Clinton. She must have had to do this same photo shoot with a pack of locals in damn near every county in New York from Buffalo to Montauk and back up to Plattsburg.

I would get to leave after taking my photos, but she would have to stay for the duration of the event, smiling and chat with everybody. As jobs go, I was pretty sure I had the better one.

She must have had to do this same photo shoot with a pack of locals in damn near every county in New York from Buffalo to Montauk and back up to Plattsburg.

I moved though my photos quickly, in part because my only challenge was to make sure my guys looked good. Ms. Clinton was a pro at this and needed no direction. It would become just another boring shoot when taken in the greater context.

Over the succeeding decade, I worked on over 50 different political campaigns on both sides of the aisle, usually with a camera in my hand. From that work, I learned a few things worth sharing as we all collectively groan under the weight of this presidential election.

It’s easy to run down politicians, but I challenge anyone to keep up with the physical demands of the job that a national figure like Hillary Clinton has to go through on a daily basis. Professional models orient their lives around being physically fit and are practiced in repeatedly having their picture taken. While that is rarely the skillset that a politician brings to the job, they have the exact same task before them. Just imagine the amount of time spent on that one thing every single day. I’m not saying it’s the hardest part of the job, but I have respect for the endurance it takes. 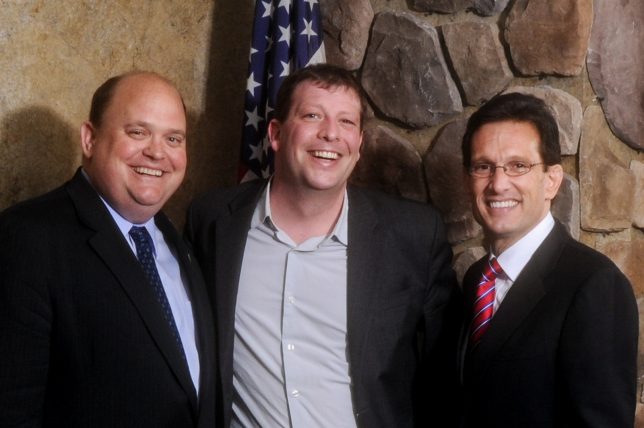 My suspicions were confirmed years later when I was hired to photograph a similar cattle-call event for local Republicans with then-Republican Majority Leader Eric Cantor. At a slow moment I asked him how many of these grin-and-shaker events he had to do. “Three a week,” he said. “All across the country.”

As we mercifully approach the end of this excruciatingly long presidential election cycle, let me just offer a suggestion to those photographers left with an empty feeling: If you want to do something to help, keep your money in your pocket, forget about national politics and help out a local campaign. Pick up the phone and call your local party. They always need a decent photographer.