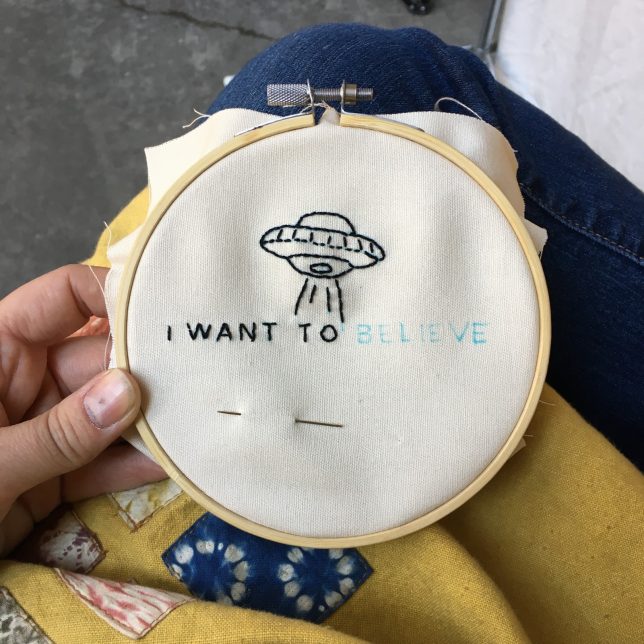 Welcome to the latest installment of What’s Your Deal? in which Megan Fenton, crafter and vendor at the upcoming Octofair in Albuquerque (details below), explains her deal to Pyragraph.

1. What kind of stuff do you make?

I make a few different things. It kind of depends on what kind of kick I’m on at the time. I mainly embroider things like pillows and wall hangings, but I also do block printing, silk screening, painting, sewing, hand felting and a little jewelry. 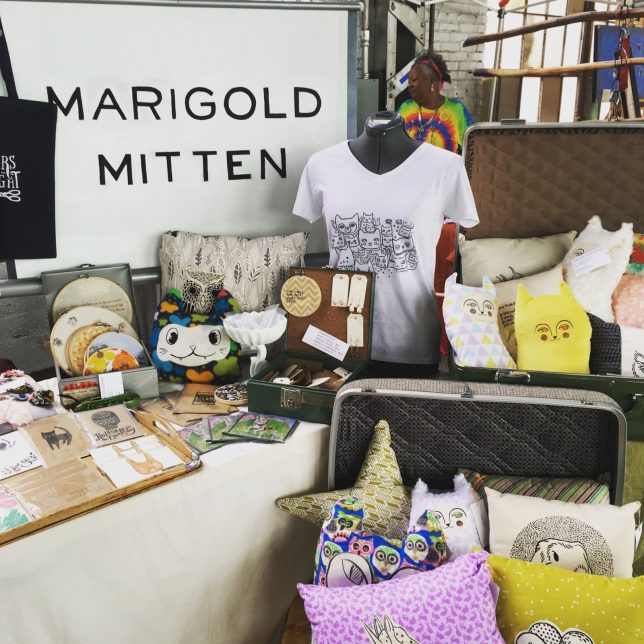 2. Tell me about your background as an artist/craftsperson.

Well, I moved here from Michigan to finish my BFA in 2003. I’d been studying printmaking since I was a junior in high school. I actually switched from public school to a boarding school out in the woods where I could focus on fine art. After graduation I spent a year at the University of Michigan, and then transferred to the University of New Mexico. After graduating I spent some time working in an animal shelter, which was a really emotional job, so I forced myself to be creative to decompress. It started with drawing and painting, and then I started messing around with embroidery and just fell in love with it.

Although I make a variety of things, one of my favorite things to make is pillows. I didn’t realize it until pretty recently, but pillows, and pretty much all handmade things hold a little place of nostalgia for me. When I was little my grandmother lived in southern Georgia, and I lived in Michigan. I only got to see her once or twice a year, but we were very close. She would write us lots of letters and at our birthdays everyone got a huge box in the mail. It always contained a cake wrapped in copious amounts of tinfoil, and little things she had made for us. My favorite thing from her was this white fleece pillow with a red appliqué of my name on it. I snuggled that thing till it disintegrated. 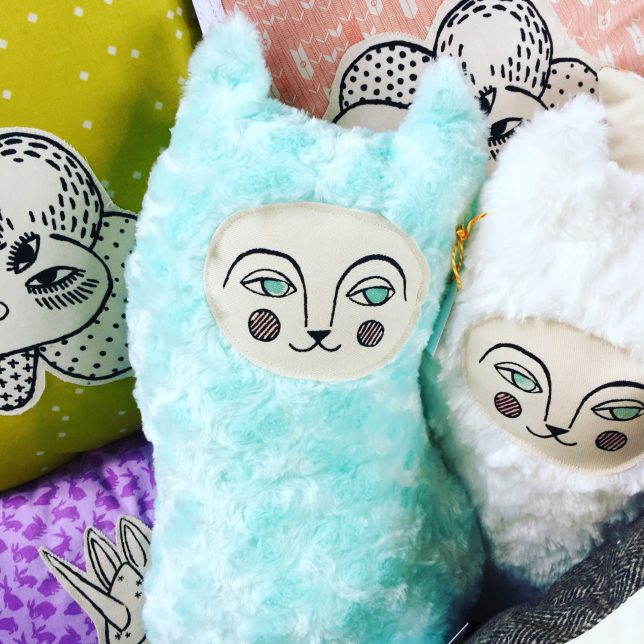 3. What was the worst show/craft fair you ever participated in? Dish all the juicy bits.

I think the worst show I’ve ever participated in was a holiday craft fair at a middle school in town. It was a massive production, so I thought there was going to be this amazing turnout, but I barely sold enough to cover my booth fee. What made it worse was during set-up, I came with all my stuff and it turned out that they gave my really good booth space to another woman so that she could be next to her friend. Which didn’t bother me that much till I realized that the lady in my spot was undercutting everyone around us by A LOT. 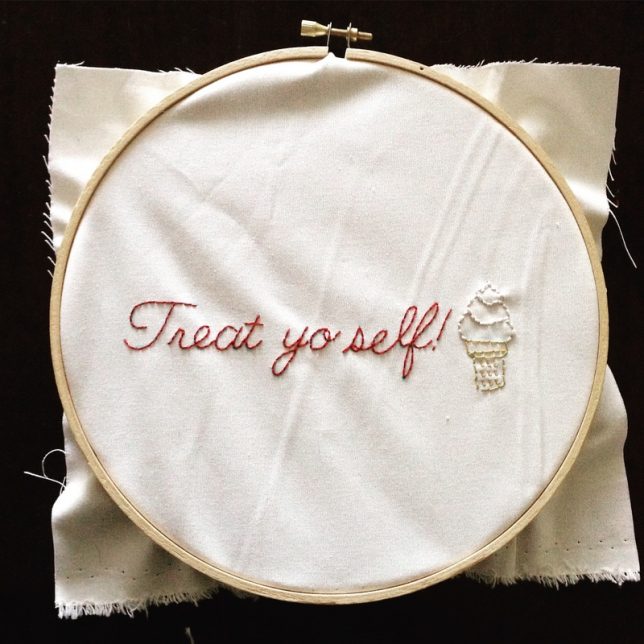 4. Who are your favorite crafters/makers at the moment?

There’s a lot of really great work out there right now. I found some of my favorite people on Instagram, like Alaina Verrone. She does these amazing satin-stitched images of people doing keg stands in a pool, or monsters hanging out in the woods. Then there’s lllilllstitches. She does these beautiful, simple, black line figures in serene poses. They feel magical. I also follow Dani Davis. She was friends with my sister when we were little, and now she makes these amazing elf-like dolls. 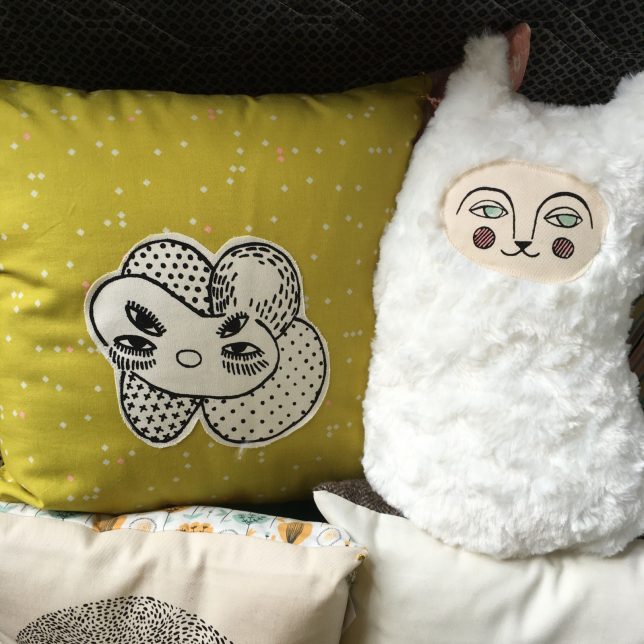 5. What’s the most helpful tip you could share with aspiring crafters?

Be patient, and ready to work hard. And let yourself be weird. In the beginning I would censor my work that I thought other people might not get. They might not appreciate the humor of it or whatever. Now, those are my best-sellers. There are a lot of people out there looking for kindred spirits.

Megan Fenton will be a vendor at the 5th Annual Fall Octofair on Saturday October 29 in downtown Albuquerque. Come for art, music, food, beer and fun. Free! Hosted by The Octopus and the Fox and Yelp. The event will feature: