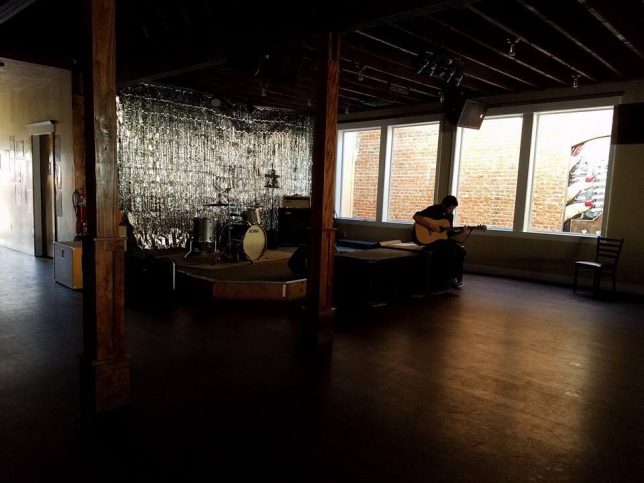 Do you play in a funk-fusion-garage-punk band and finally feel ready to tour? Well way to go brother, you’re ready for the big time. But wait, what about money? Music isn’t ever listed on one of those “Top Businesses to Be In”—and for good reason! I know too well that young bands underestimate how much they’ll spend, and they probably lose money during their first couple of tours. They don’t understand that promoters can only do so much when nobody knows who the band is—or that sometimes promoters and local bands just do a bad job. They also have no idea how hard it is to work out details for each show and how many things come together last-minute.

If the person in charge isn’t doing their job, feel free to take matters into your own hands a bit.

If this sounds like you, buckle up and pay attention! While nothing’s guaranteed, setting yourself up for success (and overestimating your chances of failure) really pays off. There will be no promise of success, but if you do these things, you might have a little less not-success.

1. Have as much say and control as you can in the show.

If you’re starting to tour, that indicates you’ve played quite a few shows locally (or at least you should have). Typically this means you have opened for touring bands traveling through your hometown and hopefully you’ve made some friends and connections from doing so. Since you played with them and promoted their show in your hometown, often those bands will do the same as a favor to you. Make a point to try to get them onto your show when you hit their town.

Generally this is simply a matter of asking the promoters if your chosen band can play. Ideally they’ll say yes, but sometimes they won’t. Too many shows get bad locals booked because the promoters don’t care. Be proactive to see if you can have say in choosing some of the bands, and if the promoter is open to that, take advantage of the opportunity.

The more merchandise (from here on out: merch), the better. When you only have one shirt, one CD and some buttons, it limits your options to people who may have liked your set. I know that on more than one occasion, I’ve thought a band did awesome live but all they had was one ugly shirt priced too high.

As far as selling your music on physical formats, vinyl is great and what every band wants…but it’s also incredibly expensive to make. For 300 plain black 7”s, you’re looking at around $1,000—and that’s BEFORE considering the record sleeves. Tape, however, is not expensive, and people’s desire for it to be 1992 again has brought cassette and flannel back to showgoers’ attentions. So tapes are a good option for people who like old forms of art and don’t use CD players anymore.

Bottom line: Have two shirts, but three is better. Consider selling buttons, CDs, unique merch—for example, anything that has to do with alcohol kills. Or go for extra creativity points: I’ve seen bands have their own coffee or hot sauce. Of course, the quality of what you’re selling is also important. I’ve had trouble selling my old bands’ shirts because we made them ourselves without knowing what we were doing, and a lot of them came out poorly. Putting out a bad product, as it turns out, does not make good money.

Finally, make sure people can pay with credit cards. Most musicians I know use Square’s magstripe readers, which I highly recommend as they are free.

3. Make sure to discuss payout and a place to sleep.

In an article about touring cheap, Nick Woods of Direct Hit! Fame once wrote: “Always ask about money and a place to sleep.” This is a great piece of advice. He continues: “When you’re booking a tour, at least make a point to mention to everyone booking you about how much you’re spending on gas every day, and ask if you can expect to make that back each night.”

My friend Eric of the band Red Hands Black Feet once told me that he calculates costs beforehand and then asks for enough money to cover gas to the next stop. This is a really good idea, and so is making sure you have a tour kickoff show as well. Some people say you should ask for a guaranteed amount that’s more than you need, so if a promoter tries to undercut you, they’ll end up paying you around what you want.

And a place to sleep is always good. At an unfamiliar stop, promoters are a good starting point for that. If they can’t house you, they will usually ask around for you.

Make sure the show is being promoted. If the person in charge isn’t doing their job, feel free to take matters into your own hands a bit. You don’t have to go out of your way to do so; we’re all on social media, remember? I mean, so many people are on social media, that marketing firms actually dedicate portions of their practice to it. So promote it from home: Find local music groups on Facebook located in the places you’re playing and promote your show and band there. “Hey Florida Funk-Fusion-Garage-Punk, my name is Rob and I play in a band called Anarchist Afro from Boise, ID. We’re playing at [insert bad name for Florida Venue] on December 3—hope to see you there!” Reddit is a great platform for this kind of thing as well.

If it’s been a while and the promoter hasn’t even made a Facebook event, hit them up and make sure the show is still on and confirm that they’re trying to promote it for you. Dropping off a show is never a good idea, but you don’t want to drive eight hours to a show and have five people there, or worse, no show at all.

Try not to eat out too often. Merch and payout money are probably going to your gas tank, and each trip to McDonald’s adds up. Spending personal money on food is normal, and there’s always the person who runs out of money because they had to have those cheese and chicken quesadillas from Taco Bell every day.

I know it sounds like a challenge, but being economical about the food you buy is really not that hard, I promise. Soup-to-go from Campbell’s? Cheap. PB+J? Cheap, and lasts you a few days. Bagel sandwich material? Lunch meat? Fruit? Freakin’ trail mix? You can keep yourself fed fine without overspending, and you don’t have to make yourself sick every meal if you’re careful about what you eat either. You don’t want to get back home and realize you have no money to pay your rent with because you spent it all on hamburgers from fast food places that still get their meat from CAFO.

I’ve written about this before, and referenced Sean P. Rogan, formerly of Big D and The Kids Table, who once wrote an article for Alternative Press about souvenirs on tour. I no longer have the issue in question, but I remember he wrote about not wasting your money on just any ol’ thing, but getting cool stuff that represents the best places you’ve been. In my opinion and experience, things that are memorable of wherever you play might not be enough. In fact, nothing’s better than a picture.

I have traditions, don’t get me wrong, such as Amoeba record stores in California or Everett Comic & Cards in Everett, Washington. But having a souvenir from everywhere you go isn’t just expensive, it’s unnecessary. Don’t waste your money on a keychain or postcard that’ll sit in a drawer forever.

Look, I know you’ve spent a ton on that van, and merch ain’t cheap! But something to think about is adding some extra security precautions to your vehicle. When someone secures a home, it’s often recommended they have an alarm…or a dog. But unless you’re Sublime, you probably won’t bring your dog on tour. But you can get an alarm on your van, and you can probably install it yourself too.

Now, let’s say you don’t have that option. In the case of my friends Sundressed and Chase Huglin, all of their gear and their merch was stolen and they never got it back. Obviously, the point of this article is to save money, but investing in some gear insurance may worthwhile.

Any other tips on how not to break the bank while on tour? Let me know on Twitter @Robolitious.