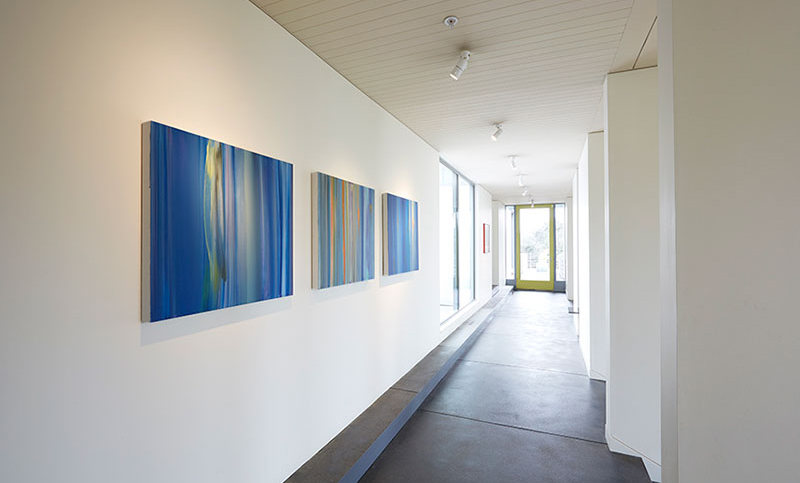 My 8-year-old daughter asked me if I can paint anything other than stripes…and she has a good point. Brilliant minds that I respect in the art world have asked me the same thing. Yesterday, over breakfast, my family had a sketchbook out on the table and I drew a bagel. I exclaimed, “There! See, I can draw something!” We had a good laugh about it, but this pressing issue will not go away, and as the years go on, I will continue to receive pressure from my friends and colleagues.

I did not know this would become a multi-decade body of work.

At the age of 19, I called my mom from an ISD booth in India to let her know I did not take my flight back and was “never coming home.” I swam and drank from the Ganges, gave up my name and let everything float downstream for a while. I found comfort in liminal space and in many ways got what I was looking for. After six months I’d stepped in water buffalo shit one too many times and succumbed to external notions that I had no social standing and no practical life experience. I didn’t want to be a drop-out.

I maintained a defiant stance stateside by studying art and tried my hand at being a hermit in Bastrop, Texas. Let’s just say I spent a good number of years building a wall between myself and cultural norms, before later being tamed by my wife, good friends, and banging my head against the wall. The point is, I spent many years building up my own way of going about things and defending it or ignoring feedback. This is the tough shell any artist needs to keep going.

In undergrad those “in the know” told me that I should study graphic design instead of painting. When I was working at an art supply store in Philly I was told by the store manager to start setting my eyes on more attainable goals like becoming a store manager. When I went to grad school in Brooklyn in the late ’90s, painting was dead. Those “in the know” were telling me to stop painting. I had become used to not listening to advice by then.

I know painting cycles between dead and alive every few years, but I didn’t fully grasp that at the time. I just knew that when I visited the School of Visual Art studios, a grad student who was tying her shoes and other personal objects to her studio floor told me, “If you want to keep painting, don’t get an MFA here.” It reminded me of a zombie film where all the painting students became installation and video artists. “Get out, while you can,” was her warning. So I went to Pratt Institute instead, the only school where the painting studios were filled with painters. Brooklyn was still a dusty neighborhood with boarded-up crack houses and rent was under $1,000/month.

Halfway through my thesis I turned my paintings to the wall. I had to listen to my inner voice, to start over despite my thesis deadline. I began with proportion and painted vertical lines as a measuring device. This evolved into my current practice. I did not know this would become a multi-decade body of work. I simply fell in love with something, and as it unfolded it touched me on more profound levels. The attraction continued long enough to discover that in order to really see this through I would have to put in more work.

It wasn’t the magical romantic moments when everything came together easily that pulled me through. It was diligence, patience, and a willingness to grow and mature. I could be talking about my relationship with my wife, right? …or any meaningful commitment for that matter. It’s a rare and precious situation to stick it out these days. There is a conspiracy in our culture to exchange the old for the new—with all things. It is simply our market trying to get us to buy things, but it is also our culture’s fear of death and aging—which surfaces as a fascination of the new and the young. I read an article this week titled, “Are Painters Out of Ideas?” As if after 40,000 years of making paintings, humans finally ran out of things to paint. 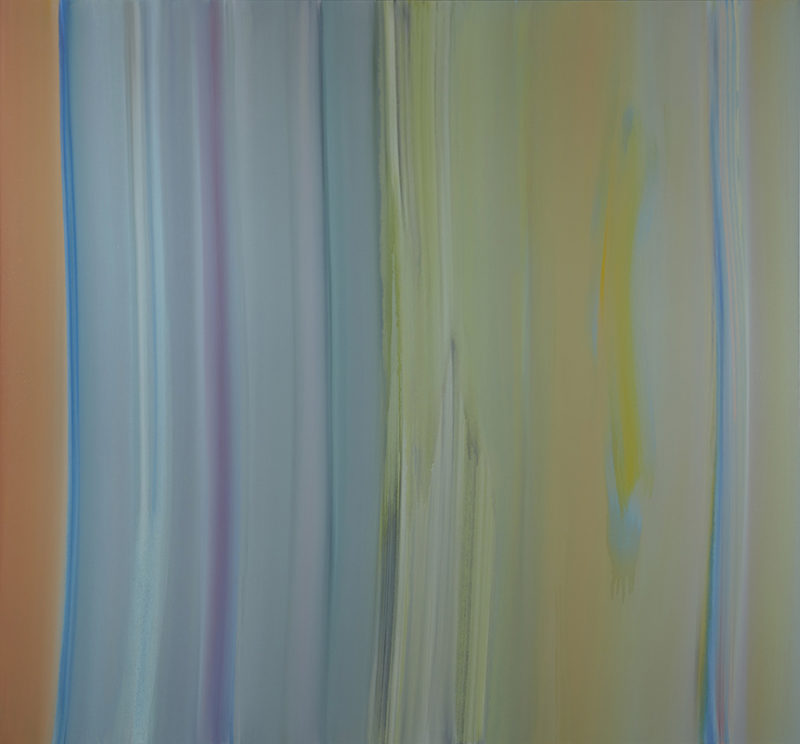 I know what the author means though. The myriad ways in which humans played with paint over the past 40,000 years of painting history has reached an end-game. Modernism held artists to the highest standard. It was their duty to consciously take our culture to higher ground. However, our collective thought has brought us to a post-modern era where authoritative intellect is decentralized. Post-modernism seeks out a kind of freedom that undermines its own foundation. It can be misunderstood easily, and mistaken as “anything goes.” It can also result in a lot of stuck artists. I met a woman in London getting her PhD in painting, and she admitted that she could no longer paint. Not because she had a philosophical idea that painting was wrong, but because her critical thinking and her creativity were all mixed up.

It’s good for an artist to question one’s motivation and ways of working. It’s part of the process. It’s good to take a look at the underpinnings of the philosophy of one’s paintings. I spent the past four years doing just that. I mark the beginning of this search with the death of my mom. I had a year of mourning and introspection and did not exhibit my paintings anywhere. My income from painting also disappeared. It was a suitable response to the loss in my life.

My mom, as every mom should be, thought the world of me. Whatever I chose to do was fantastic. With my main cheerleader gone, a certain confidence was also gone. This marked the beginning of my doubt. I also questioned many aspects of my life that had been consistent over the years, including my meditation practice. The paintings I made became loose and blurred through the tears. They are quite beautiful. They did not lose their verticality though.

The paintings were not the answers, but aesthetically the questions themselves.

Since my paintings are philosophy in motion, I also took another look at the Greek philosophers. I was especially attracted to the pre-Socratics, those who came before the time when mythos was pushed aside by logos. These early philosophers were in awe of the mystery and though they could not understand, they would call on their muses (feminine intuitive wisdom) and define in abstract and poetic ways being and becoming. Heraclitus 2500 years ago said, “You can not step in the same river twice.” Around the same time, the historical Buddha gave teachings on impermanence and dependent origination.

Still, I found my stripes.

I also tried to break them apart in paintings, through forced execution. I painted circles, shapes, painterly abstract expressionist motifs, horizontal breaks—they only became fodder for what I’m attracted to.

So why this? Why “stripes”?

(They aren’t stripes by the way.)

I do not work in the realm of ideation (the formation of ideas or concepts), nor do I work in the realm of discursive thought (proceeding from subject to subject). Yes, I am aware that the world wants both of these to be central to my creative process, but I set out on this path with an unfolding understanding that what I need, and what the world needs, is a loadstone that orients people towards what has staying power. What is consistent is not the outer and inner phenomena we are fascinated by but the act of fascination itself. I represent that by essentially marrying myself to a mode of working. It’s not a random choice however. Gravity makes all objects and liquids fall to the center of the earth. These lines blur and travel along the arc of my body. The circle continues outside the canvas, and returns.

I find myself at the jumping point. I know this to be as a dream, and from here I lift off. Please excuse my abstraction in this coming paragraph. It’s for this reason painting is my medium. I see vertical strokes as the launchpad. It is the last bastion of creativity. It is not total freedom. It is the tension of knowing freedom is there and fighting against the limited structure that tethers us to this cycle. When I paint, I am aware of my condition, that my paintings will never be perfect, nor will anything else in this world we share, but I will strive towards perfection, towards freedom.

In this last painting series, “Navigation,” I have found my way through what I consider to be the result of this four-year questioning process. The paintings were not the answers, but aesthetically the questions themselves, including inner doubt and outer pressure and total expanse and possibility. Whereas most series I work on investigate a spectrum of brush stroke and color, this series extends to the outskirts of uncharted territory.