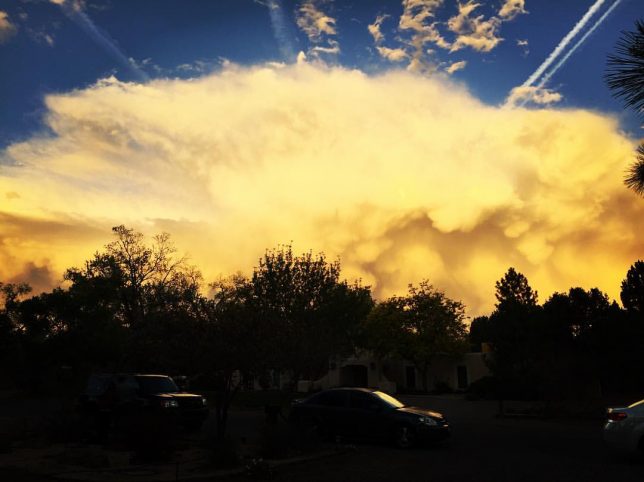 Lauren Myers originally published this post at Ms. In The Biz. It is reposted here with kind permission.

A little over three months ago, I was making my way across the southwest desert, en route to Los Angeles from New Mexico. It was just me, enough belongings to last two months on friends’ couches, and a crate of goodies and CD mixes that a dear new friend had packed for me. And as I slid into the suburbs just outside of the City of Angels, the setting California sun glowing warm in front of me, I felt a pang of Fear grip through my chest. A tight, icy bath of loneliness and uncertainty. The unsettling darkness of the unknown.

Does this scene terrify you? There must be something juicy in there.

Let me back up for a second.

This trek across the desert had been in the planning stages for months. About a year ago, I was wrapping up a two-season stint on one of the best television shows EVER (you think I exaggerate, but see for yourself), and I approached the executive producer with a bottle of wine and a sheepish, albeit earnest, litany of thanks. He graciously received my gratitude (and alcohol) and casually suggested that if I were ever in Los Angeles to let him know—and he’d offer up his help.

Home was an hour away from set, and I spent those 60 minutes pulling out a plethora of hair pins (period shows, friends—they’re no joke) and spinning that tiny but Universe-Explosion-Worthy gesture over and over in my mind. I got home and relayed the story to my fiancé, and after some solid discussions and several bottles of wine, over the next few weeks we concocted a plan to transition to LA. By the time June of 2016 rolled around, my fiancé would stay in New Mexico to finish up work on a TV show, and I would head out early to get an agent, a manger, a day job, and look for places to live—all while sleeping on friends’ couches from week to week.

So, you would think I had a pretty good handle on everything, right?

Let’s get back to the Fear thing. You know, the part where I’m trickling into this new city I’m soon to call home and wonder if this was a huge mistake, a place I didn’t belong, and an all-around bad idea.

Fortunately, the initial bulk of that Fear did not last very long. By the time I landed at my first couch crash, I hit the ground running. I called and met with said executive producer. I took a few workshops and earned meetings with reps. I learned how difficult it is to find an apartment that actually accepts dogs in this town. And after some minor speed bumps, I actually accomplished several, if not all, of my summer goals: My fiancé, our dog, and myself live in a lovely apartment in the Valley. I’ve taken on several flexible day jobs. And I am legitimately proud and humbled by my current representation. 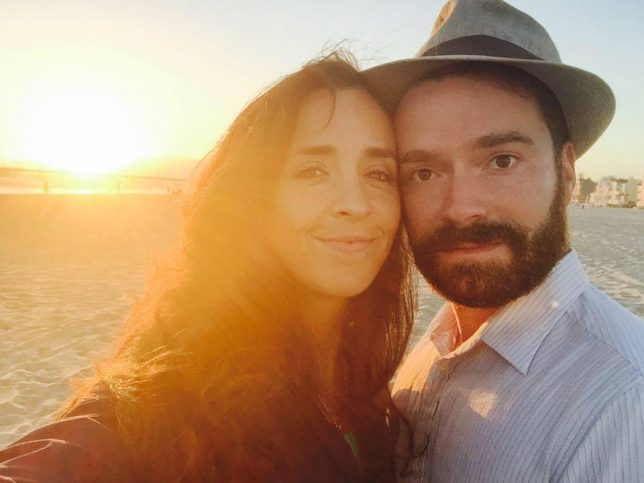 We made it here. Photo by Lauren Myers.

But here’s the thing: Almost every day, I am struck by how much that Fear that I drove in with still resonates with me.

Because I have been taught, and am continuing to learn, how to embrace Fear. For the past few years I have worked with a fabulous community of artists who literally seek out and dive in headfirst to anything that reeks of Fear:

“Never done this kind of work before? Even better.”

“Does this scene terrify you? Then there must be something juicy in there.”

But instead I drove a little faster, cranked the music a little louder, clenched my fists a little tighter, and kept going.

Because Fear is what makes great Art. Fear pushes us. It drives us. It allows us to leap into the unknown. It is unsafe and it is interesting. It is worth watching. It engages an audience, and I’ll be damned if that is not what storytelling is all about.

I will acknowledge that I have a resolute, unwavering, and profound determination to make my living as an actor and producer in film and television. But this does not mean that I don’t have my bad days. My goodness, I have plenty. I Fear my lack of “prettiness,” I’m scared I don’t have “talent,” I’m terrified others don’t approve or like me, and I endure deep-seated panic when things are out of my control—none of which serve me as an actor in this town.

But to quote one of my all-time favorite movies, and to sum this up a bit:

“It’s supposed to be hard. If it wasn’t hard, everyone would do it. The hard…is what makes it great.”

Embracing Fear is certainly hard. But it does not have to be debilitating. If anything, it can be empowering, it can be welcoming, it can even be wanted. Fear is that strange vibration in the cavity of your torso, a buzzing pad of energy that occasionally whispers “You could fail.” And on really bad days it says, “You could get eaten alive out here.”

“Great.” I have learned to say. “Then there must be something out there worth getting eaten alive over.” 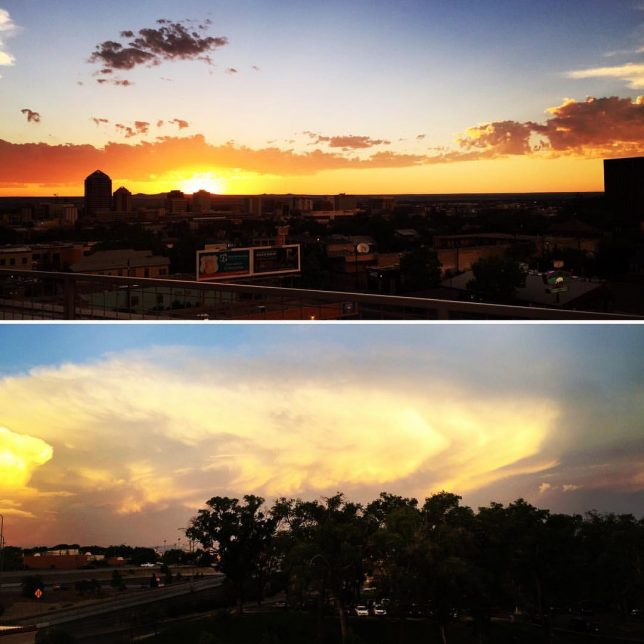 “There must be something out there worth getting eaten alive over.” Photo by Lauren Myers.

Lauren Myers is a born-and-bred Burqueña, which means she savors watermelon mountains, endless blue skies, and has an incredibly high tolerance for heat (she’ll dare you to a chile eating contest any day…). She received her BFA in Theatre Performance from Chapman University in Orange, California. Myers is an actor in numerous indie shorts and features, and in many recurring and co-starring roles in television, webisodes, and features. She is best known as the WAC Jeannie in WGN’s atomic hit “Manhattan,” playing opposite Michael Chernus (“Orange Is The New Black”), as well as the ever-so-slightly insane girlfriend Fiona on the hit web series “Enter the Dojo.”

Myers is the co-creator, producer, and star of the feature-length film Dead Billy. She also produced and directed the award-winning short “Imagining Vera” though her company Lumos Productions and with co-producer/writer Elizabeth Dwyer Sandlin. In 2010 Myers teamed up with Artistic Director Amelia Ampuero to found Duke City Repertory Theatre.

Myers lives in Los Angeles with her fiancè/partner in crime Rick and their pup Marty McFly.

View all posts by Lauren Myers →