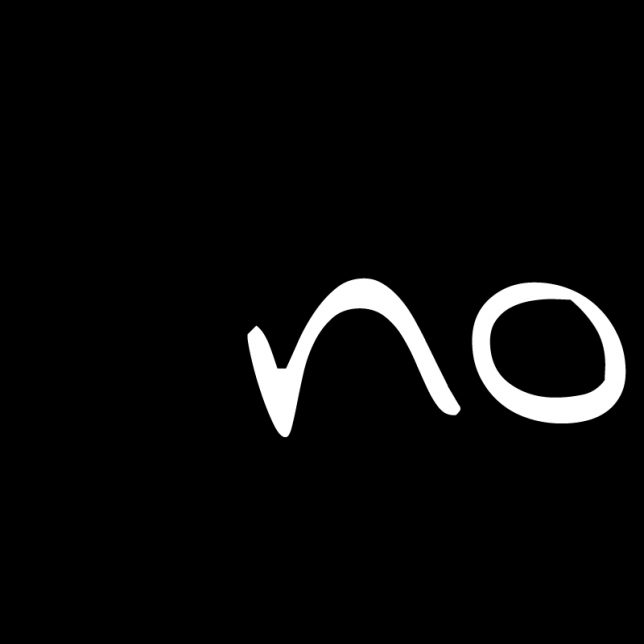 Guest Blogger Jessica Boudreaux is singer and songwriter for the band Summer Cannibals. This piece originally appeared at Watt and is reposted here via a Creative Commons CC-BY license.

I’ve heard people say that happiness is the killer of creativity. While I agree to some extent—nothing gets my creativity flowing like a good old fashioned I-think-I-wanna-die type heartbreak—in my pursuits with music I’ve found that self-doubt and a fear of being told “no” were affecting my creativity.

Putting yourself out there is hard. Just in general, in life. When you’re talking about something that you love deeply and put all of your effort and time into, like music, it can feel excruciatingly hard. There’s something so terrifying about putting yourself in a position where you could possibly be rejected, harshly criticized or worst of all…ignored. The thing is, a lot of the time the most powerful no’s that we face are the ones we tell ourselves. As an artist starting out in Portland seven years ago I would find myself not submitting to opening slots on shows solely on the presupposition that it would never happen. I would stop myself from mentioning my band to someone I had just met due to the belief that they’d listen and not like it. I would catch myself repeating “no” in my head every time a big idea would pop into it.

The truth is that the answer will always be no, without fail, if you never ask.

Four years ago, when I started my current band, Summer Cannibals, I made a conscious decision to break this habit of continuously telling myself “no.” I’m not precisely sure what changed; I just made the realization that what I had been doing wasn’t working. Once I put the first couple of Summer Cannibals songs online I began emailing every venue in town, submitting us to every show that made sense. One in every 15 emails would get an answer, usually with some sort of cordial but succinct form of no. When our first record was finished I emailed every label, booking agent and publicist that had an email address I could track down (admittedly, sometimes using creepy, stalker-like tactics to find these addresses). I don’t think a single label got back to me, and we were turned down by about 10 different booking agents in a two-month span. But one publicity company was willing to take our money. I repeated this process for two albums, while self-releasing both and self-booking every tour. After three years, a lot of work and a lot of fucking money, we signed to our current label, Kill Rock Stars, and with that, our whole team fell into place.

A big hurdle I had to overcome in getting to a place where I would be willing to send out 20 (most likely unanswered) emails a day was that I was terrified of putting people out. Using your contacts is crucial, though, and you come to realize over time that asking for things is part of your job as an artist. Early on, around the time of our third show, a musician who I had admired for years told me you should “never be scared to ask for the things that you want for your band.” I’ve held on to this advice and applied it every single day. If a person feels annoyed, frustrated or put out by you sending a genial and to-the-point email asking about an opening slot on a show, then they’re probably not someone who would be very fun to work with anyway. Or their Mercury is in their asshole’s retrograde that day…or whatever. The key to not feeling like shit during this process of asking for things every single day is learning that when someone does something for you, no matter how small, it’s crucial to do everything in your power to go above and beyond what’s expected of you in return. Get on a show? Offer to make the flyers and post them around town. Don’t let down the people who do choose to help you. Help them back, stay in touch, and always say thank you.

Being told “no” gets easier. And the times when you do actually get a “no” rather than just being ignored only help to cement your name in the brains of those people. I can’t tell you how many times someone who had rejected me (in music and in life) came back later, once I began to have a little more success, because they saw my name and thought of me for an opportunity, or just wanted to “say hi.” Every answer you get matters, whether it’s a yes or a no or a “Fuck you, stop contacting me, are you crazy? For real…are you crazy?” And when you’ve received 20 no’s in a five-day span, that first yes feels so much sweeter. The truth is that the answer will always be no, without fail, if you never ask.

I’m proud of how far my little Northwest rock band has come, and I’m proud that I’ve pushed myself to aim too high and face rejection head-on. Recently I’ve made the decision to pursue some new paths in my music career in addition to my band. Often lately, when I’m sitting with 50 unanswered emails in my Sent folder, I get that knot in my stomach, the one that forces me to wonder if I’m just not good/smart/cool/stable/connected enough to succeed in the ways that I hope for. Failing is fucking scary, and our fear of rejection permeates so many decisions that we make in our daily lives. But I’ll continue to aim higher than I believe I can feasibly achieve, because I know that if I come up short, I’ll still probably be further along than if I had set my sights too low. And I’ll definitely be further than if I hadn’t tried at all.