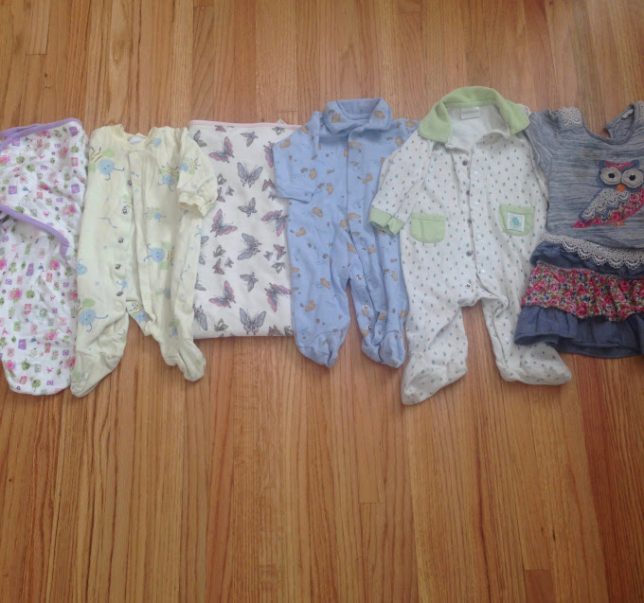 My daughter’s clothing from newborn to two years old. Photo by Danila Rumold.

I believe that motherhood and artistic practice are not in opposition to one another. Melding my family life with my studio practice yields rich material. In order to engage and contribute to a dialogue with others, I am participating in an Artist Residency in Motherhood (ARIM) from June 2016 to June 2017 that will provide these structures.

The first cuts were almost paralyzing.

As part of my residency, I am working with artist and founder of ARIM, Lenka Clayton. Mrs. Clayton challenged me to make a list of “50 things I never do in the studio.” The next step was to invite me to choose three things from that list and make something with them. Since my recent paper collage work has involved a kind of quilt structure, I made the logical step of using fabric (a material I never use in my studio) from the clothing my children have outgrown, to sew (an activity I never do) an actual quilt. Organizing the clothing from newborn to older sizes has provided an avenue to experience powerful feelings of nostalgia (a taboo I never touch in my studio practice). 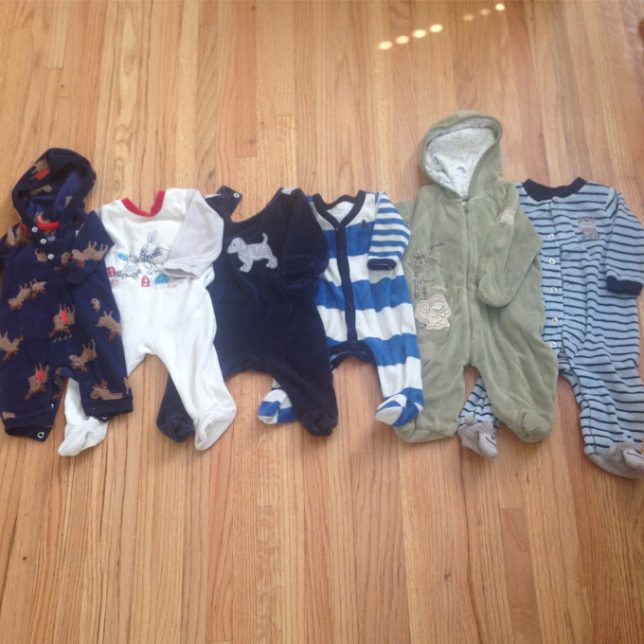 My son’s clothing from newborn to one year old. Photo by Danila Rumold.

Having just started this piece, I have already realized a number of things. One, the kind of fabric the clothing is made of seems relevant in keeping coherency between them. Having almost no experience sewing, I imagine that will also help with stitching them together. If not, at the very least it provides some visual continuity based on texture and weight of the material. Two, because of the variety of colors and patterns, it is forcing me to use color and pattern in a way I am not used to in my work while trying to maintain visual unity. 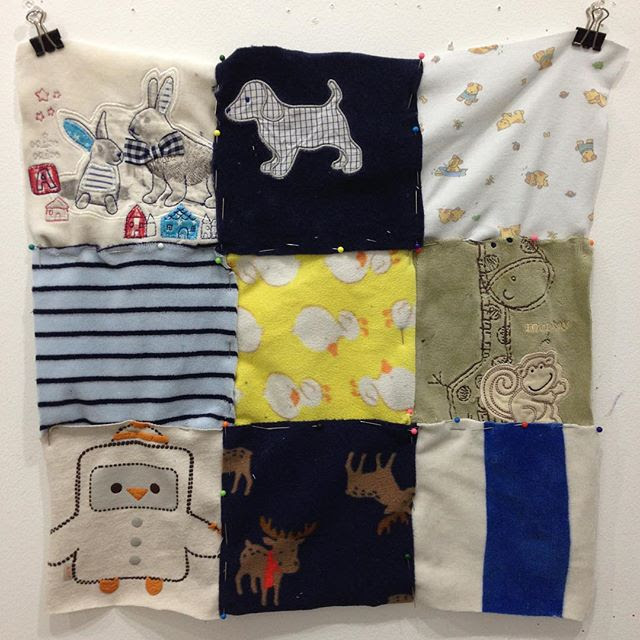 Another interesting experience I have had in doing this is how difficult it is to cut into the clothing. Drifting back into memories of my little babies wearing them, I pained over whether I could “sacrifice” the clothing for the sake of art. The first cuts were almost paralyzing. This gives me feedback on just how powerful nostalgia is! I have often avoided including anything nostalgic in my work for fear of the piece becoming sentimental and trite (a painful term which I often heard in graduate school). But 16 years and two children later, I am proud to say I do not fear such judgments for the meaning of the work is embodied in its material and the process is giving me a tremendous amount of feedback for my practice. With such huge discoveries, how could this piece ever be trite?

Speaking of trite, this quilt is also helping me bridge another judgment I had, which was the distinction between craft (functional) and fine art (object). Holding an MFA, my education taught me the specificity of painting. Within that language, there is an inherent history that distinguished itself from other plastic arts and most definitely from the crafts. Because of my belief, it has taken me a very long time to allow myself to explore other mediums and expand the content of my work.

Thankfully this shift from exclusive painting concerns was busted open by the necessity to address the concerns of motherhood and art. Suddenly I am looking from other perspectives and making some things that may not look like art yet. The importance of this is that it is coming from a space where I have teased out the narrative (the story) and I am arriving closer to my personal truth.