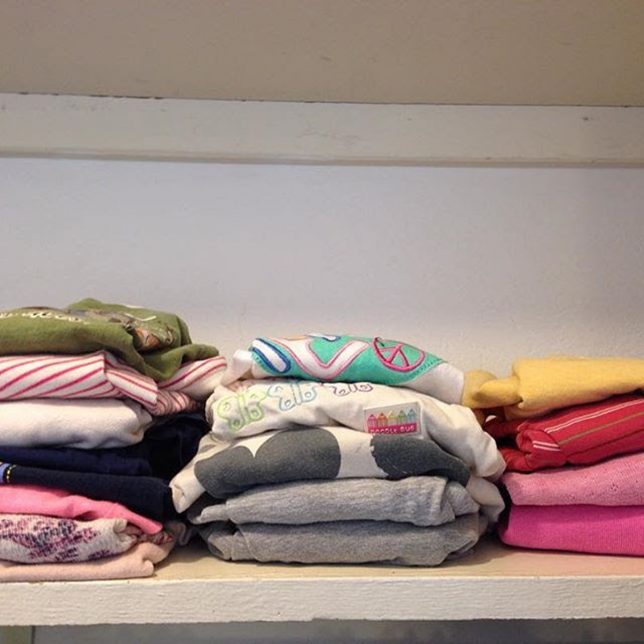 From June 2016 to June 2017, I am participating in an Artist Residency in Motherhood. Part of this residency has an opportunity to work with the founder Lenka Clayton in a mentorship program. Conducting monthly Skype critiques as a way to get feedback about the work I am doing, I am involved in an important dialogue about creativity and motherhood. One of the things Mrs. Clayton has observed is how I am collecting and making connections between my own artistic references such as domestic chores, my kids play, the American landscape and Buddhism. 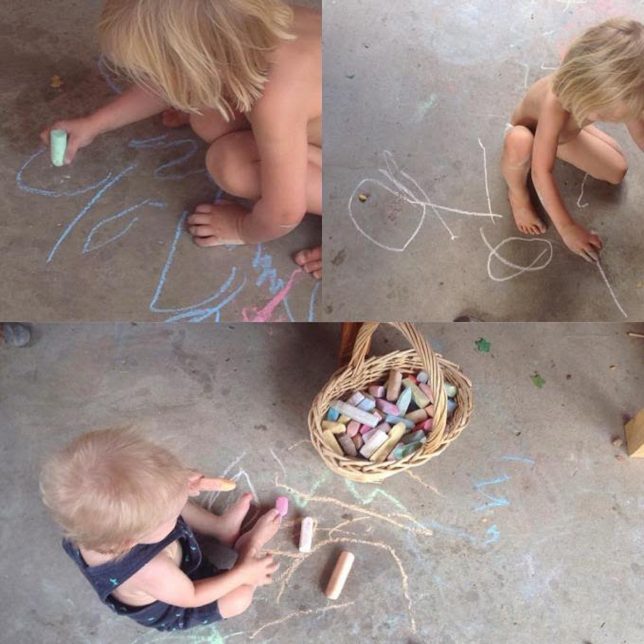 Kids drawing with chalk and practicing their pre-alphabet language. Photo by Danila Rumold.

Around the same time we had this conversation,  I also read a powerful article by art critic Jerry Salz called “The Tyranny of Art History in Contemporary Art,” where he talks about an exhibit at the New Museum called The Keeper where the artworks that were shown were all informed by other fields of knowledge, displaying different paradigms and methodologies. Saltz says:

The artists here short-circuit art history. Not only do most of them not identify as artists, they don’t see the world in any linear way. For these artists every object contains the whole world and is part of a family of forms. They look at the world in a meta way; inspiration is a compelling force from within. Not art history. In this holistic way the whole shapes the parts, taxonomical units cohere into clouds, microcosms mushroom into macrocosms, webs of interrelationship form. These artists are in search of what might be called ur-forms, conceptual templates, archetypal systems, secret chords, flows, things here for millions of centuries that are embedded in materials and in the fabric of time. 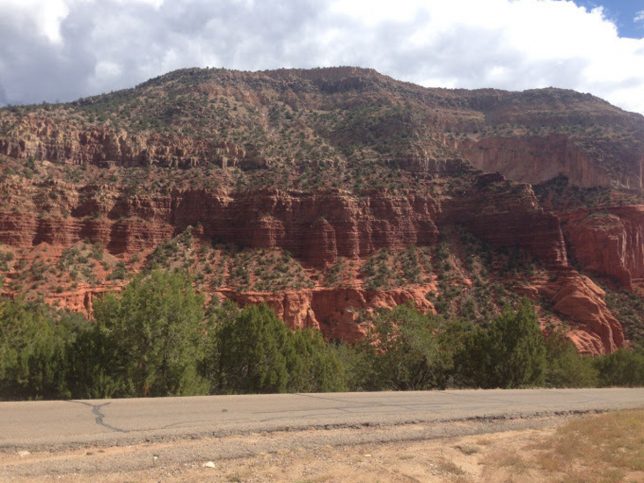 The first thing I find specifically powerful about this statement is the notion of finding inspiration from within. When I think of the trajectory of my work, I feel I am just coming into my own in a way where the work no longer relies on mimesis of forms, or references to art history. I am making art driven from my experience as a working artist for the past 16 years and memories from my experiences both past and present. 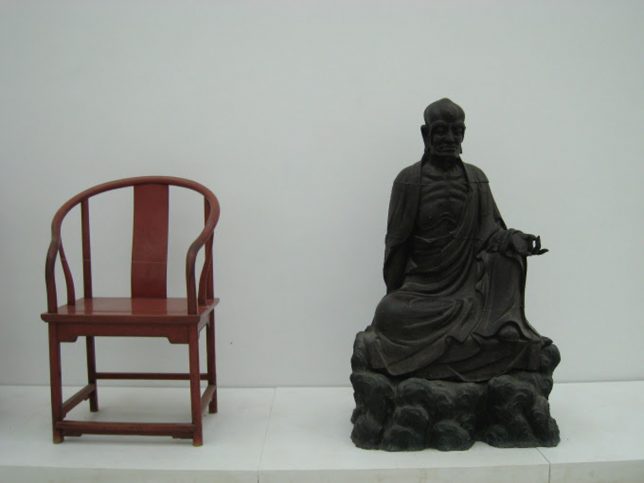 The second thing I take away from Mr. Salz’s statement is the holistic way the whole shapes the parts. With this recent embrace that my work is in fact inspired from my personal experiences, it allows me to take the whole of my experiences as artist, mother, nature enthusiast and Buddhist and make them all one. I no longer have to struggle for an identity in any one “category,” because they all make up who I am.

The more I work from this place of personal truth, the stronger my work can speak.