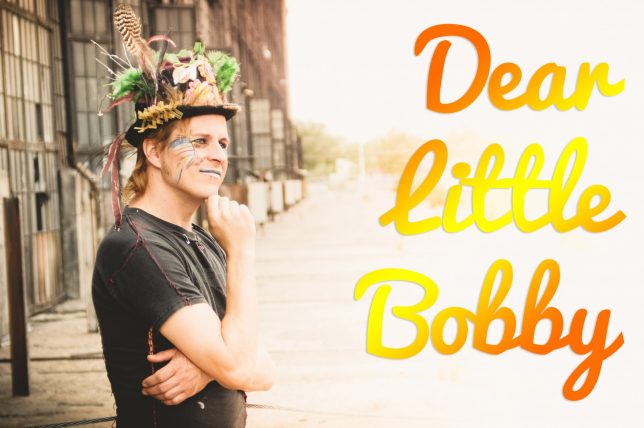 I have always thought that some of the Rock and Roll Hall of Fame inductees were questionable, but I didn’t really pay too much attention to it. However, I just saw the list of nominees for this year’s “class” and some of them seem like terrible choices. I mean, they included one-hit-wonders like the J. Geils Band and Steppenwolf. And who the hell is Joe Tex? What is wrong with this out-of-touch Hall of Fame?

—Hall of Fame Or Shame?

Dear Hall of Fame Or Shame?

First of all, Steppenwolf is a two-hit-wonder! And yes, The Rock and Roll Hall of Fame is clearly a joke. Problems of taste such who they let in and who they do not let in are one thing, but when Steve Miller spoke out against the Hall of Fame at his ceremony last year, it was eye-opening to me. He mentioned that he and his wife were invited to the ceremony, but if his bandmates wanted to come they would be charged $10,000—EACH. This is pretty messed up, considering the name of the act is the Steve Miller BAND! I wondered why he even went to the ceremony?

Aside from that, yes, most of this year’s nominees are not to my taste either…not at all. I love The Zombies and I am a huge fan of E.L.O. (why were they not already in?). Of course, my favorite band, The Monkees, will never even be nominated because the lawyers and record label executives that run the Hall of Fame do not like them. In addition to basically inventing the “music video,” The Monkees have sold over 75 million albums (three times the number that Steppenwolf has sold).

Of course this is not about album sales, right? This is about the art of (ahem) “rock ‘n’ roll,” so say “hello” to 2016 nominee, the ghost of Tupac Shakur—or maybe that is a hologram?

Some people might say “The Monkees shouldn’t be in because they didn’t play their own instruments!” First of all, that is not true. Secondly, by that logic, Etta James should be kicked out, as well as Elvis.

I gave up on this joke of a Hall of Fame once I realized that it is not based on anything, not on art, nor album sales and it is clearly not based on influence, or else The Monkees would easily be in. I would suggest that you join me in giving up on this lame institution to avoid becoming someone who wonders, year after year, “Why THIS person? Why not THAT band?”

I recently left a Facebook group for Monkees fans because after years of enjoying it, it was slowly turning into a place for sad people to bitch about politics, or to complain about the Hall of Fame, and most recently it became a place for confused people to post photos of Halloween candy with captions that said “I know this is not Monkees-related but, this candy! Blah blah blah.” That is not why I join online fan communities. I do not need to see people post photos of candy. And I definitely do not need to read complaint after complaint of “Why aren’t The Monkees in the Hall Of Fame?” Maybe it is because they were a TV show? Maybe Mickey Dolenz does not want to have sex with the “right” lawyers? Whatever the reason, it does not matter to me.

The artists we love and support do not need artifices such as halls of fame. I will not judge other halls of fame here. Baseball fans are the ones to ask about their Hall of Fame. But I will stand in judgement of an institution which tries to monetize “rock ‘n’ roll” which began as a euphemism for sex. This organization prostitutes art. This is a free county and I will still love E.L.O. if they are inducted and accept—but I will never WANT anyone to be inducted.

A favorite of mine, Pink Floyd, was inducted in the ’90s, but conspicuously absent from the ceremony was their former frontman: the very political Roger Waters, a cynic who has a special place in this cynic’s heart (if that is possible).

You know what else IS in the Rock and Roll Hall of Fame? Lady Gaga’s meat dress. As a vegetarian, I do not want The Monkees anywhere near such a waste of food. Long live rock ‘n’ roll!!!