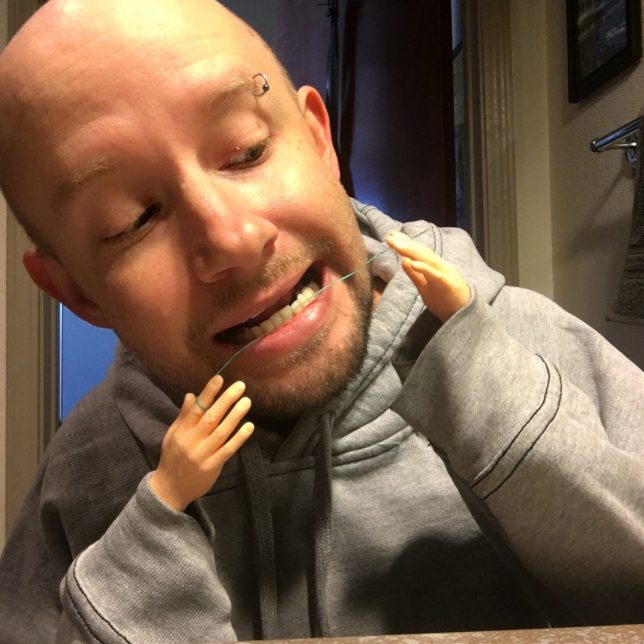 A wall full of wrestling figures was the first thing I saw upon waking every morning as a kid. Even past my “playing with toys” phase, well into my teenage years, if I got my hands on any two action figures, they would be wrestling each other. The matches weren’t just random one-armed G.I. Joe vs. Generic Pink Robot I found in the gutter; I would create characters, back-stories and feuds for whoever would be battling. I’d get lost, at least for a few minutes, in the WrestleMania I was manifesting.

Jump to today. As a comedian, my 31-year-old self still seeks out fun in places that many “normal” adults might miss, however I don’t play with toys nearly as much as I used to…at least, until recently.

For some reason a shoulder pat harnesses much more mood-altering potency when it is done with a tiny hand.

A couple of weeks ago I spent the weekend in Santa Fe with some friends. That Saturday night we explored the fantastical walls of Meow Wolf and danced like mad to the Red Light Cameras. Sunday was a little more chill with brunch and getting lost in a maze of plaza gift shops. One of those gift shops had a gigantic section of tiny toys: tiny hands, tiny chickens, tiny nude babies. We played with the toys throughout the store for close to an hour and I decided at 35¢ a pop I couldn’t resist buying a few tiny nude babies. For the next couple hours I found several great photo ops for my nudes; I even had the staff at a busy shop stop what they were doing to help find new scenes for the babies. 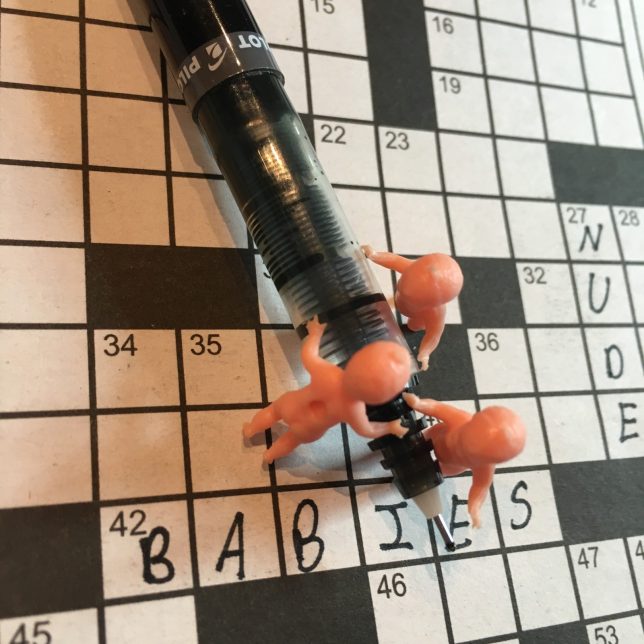 As much fun as the tiny nude babies were though, I couldn’t stop thinking about those tiny hands that I passed up because they were outside my budget ($1.75 each). As I kept vocally mourning the tiny hands I didn’t have, sulking and asking God why I was cursed with such average-sized, unfunny hands, my friend convinced me to go back to the store and buy them. I did just that, and my life hasn’t been the same since.

I cracked my friends and myself up wearing the little hands around the little state capital. Normal activities became fascinatingly funny when my hands weren’t so…average. Things like tying my shoes, flushing urinals, and caressing girls’ faces were infinitely more fun with my newfound superpower. The photos I snapped of the tiny hands and the tiny nude babies started getting a lot of attention on Instagram and Facebook, which led to even more photos. Since writing this I have gained 48 new followers (I have lost 78, but we’ll focus on the positive). 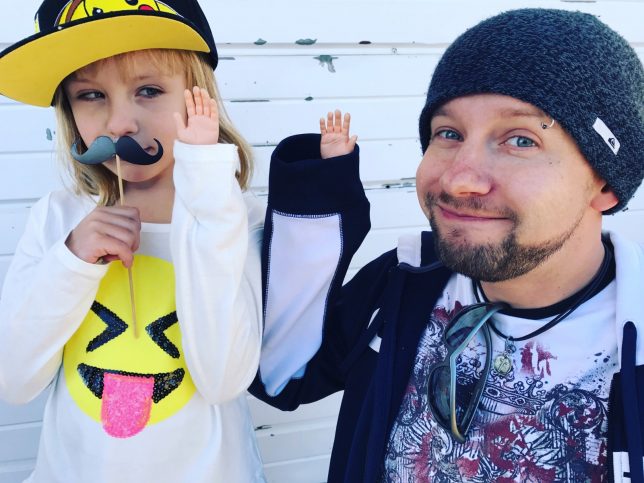 The power of my tiny hands transferred smoothly from the digital world into the real world. I’d run into friends and they’d instantly ask, “How are your tiny hands?” I work with children during the day, and I was able to turn their screams and tears into screams and laughter when I busted out the tiny hands. The power didn’t stop with kids. I took the hands to dinner with a couple of friends and accidentally spilled water all over the table while trying to master the hands like one may master chop sticks or pleasuring themselves. The server brought me some napkins and was flabbergasted when he saw my tiny hand reach over the table to wipe up the mess.

Still, I didn’t really realize what a gift the tiny hands were until I attended a watch “party” on November 8, a day that will go down in infamy. This was election night; the night America decided to elect a reality TV star as its leader. As the votes rolled in, so did the grief from the house full of artists. A few of my thespian colleagues began shedding tears at the fact that so many people in this country actually voted for someone who has proudly displayed such shameful and hateful acts with no remorse.

As hard as I try, I’m not always the best at consoling grieving friends. I pat them on the shoulder and tell them things are going to be okay, and try to convince them that they’ll get through whatever they’re going through. Well, I discovered that for some reason a shoulder pat harnesses much more mood-altering potency when it is done with a tiny hand. The sobbing girls couldn’t help but laugh in shock when they felt my tiny hand on their average shoulder. 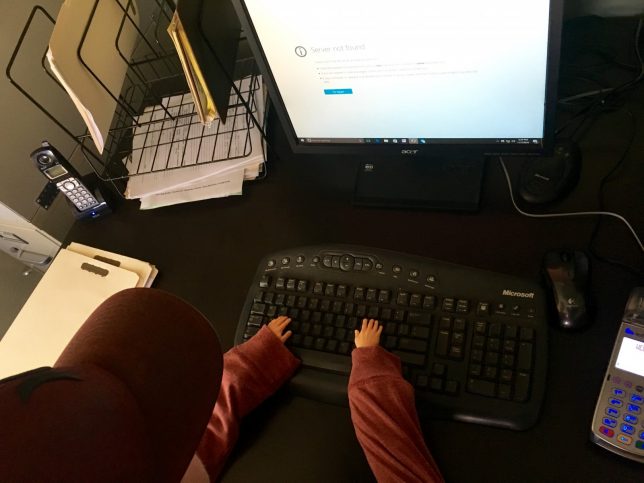 Not everyone has been as accepting of my tiny ability as the house full of actors. One man at my work told me it must be nice not being married because I had time to do things like play with tiny hands. I didn’t bother arguing with him about how many times the tiny hands were going to get me laid (zero so far, but it will happen).

The fact is, too many grown-ups feel like growing up means ceasing to play. We get distracted with things like work, and bills, and trying to look cool so someone will want to marry us. We forget about how as children we would get lost in the moment playing with a toy or making up some impromptu game like “the carpet is lava” or “close your eyes and try to touch something metal with your elbow otherwise your butt cheek will fall off.” So many people spend their lives searching for happiness, but maybe it’s just about remembering how we made our young, innocent selves happy as children. Maybe it’s time we all start playing with toys again.