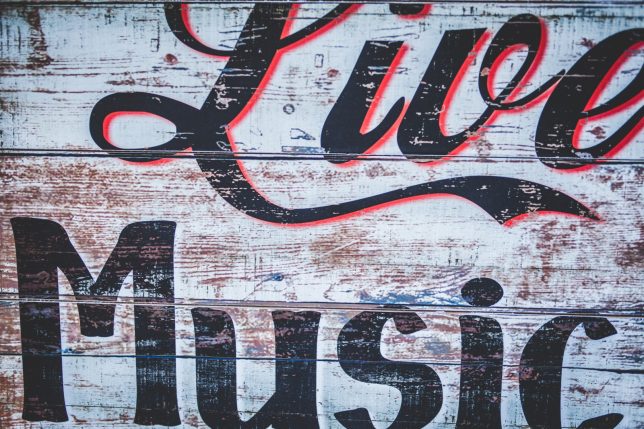 Music (and art in general) is a genuine representation of the inner self. There’s a great quote by Chad Gilbert of New Found Glory/Shai Hulud about the relationship between music and promotion. He basically argues that musicians shouldn’t look at marketing their music as “promotion” in the traditional sense, but rather something they made and are excited to share. I’m of the opinion that one’s music should speak for itself—but it’s also true that the promotion of one’s art can poorly represent it.

If you’re a musician trying to present your music to the world, you need to find a way to use promotional tools in ways that properly represent your creation. Here are some tips.

Ask yourself: What do you like as a music consumer?

Ask yourself what your preferences are for an album package. Start with the artwork—it’s the face of everything you put out. When I was younger, I thought cartoon covers were AWESOME. Catalyst by New Found Glory was my favorite, and AFI’s Very Proud of Ya was similarly enticing to me. These days, I prefer a more minimalist approach. The newest Southtowne Lanes album is a perfect example. It’s pretty simple, but it still conveys the overall feeling of the record.

For active marketing and promotion, think about the way you like to receive information about new music. For me, music videos and song streams are great introductions. I like the simplicity of both. However I also appreciate more in-depth features hyping up a record like interviews, track-by-tracks, etc. Generally I need to be interested in the band already for these types of features, so if you are marketing to folks who have never heard of you, these might not be the best routes.

The point here is to ask yourself what you tend to like in terms of outreach and promotion from bands, because the people who like your music are likely share some similar interests and perceptions of art and the world around them.

Stick with your audience and forget trends.

Smart bands know who their audience is and stay true to them. I have friends who were in a nearly successful band (sorry to say), but they jumped on a musical trend and ultimately didn’t get great feedback. The problem is that while they were great at what they were doing, they shot for a blossoming market where they didn’t really know or connect with audiences, rather than a market they were a better fit for. Frankly, it probably contributed to killing their band. So don’t waste time trying to jump on trends; rather, take your music to people who have already shown they will support it. Because, surprise surprise, those are the people who most likely will keep buying your music and coming to your shows. Who would have guessed?

Keep it short and simple.

Don’t overwhelm your audience with too much information in the early stages of marketing your newest release. Let people make up their own minds about your music before you explain it to them. Save the long stuff for interviews. It’s not your job to defend or apologize for your art, no matter how weird it is or different from what you’ve done in the past. Too much information for people to digest will make them want to stop paying attention before they even hear the first note of a song. To keep people interested, stop trying so hard.

Some marketing skills help in terms of online presence—and not just social media engagement (though that’s important too). Knowing how many people are responding to your promotion and marketing efforts is always helpful. You should have at least a minimal understanding of Google Analytics and search engine optimization, if only for the purpose of tracking your marketing and knowing what is best for getting your songs to the right listeners. And by the way, assuming you like getting your music to new listeners, doing this is not betraying artistic integrity in the least.

After all is said and done, let it be.

You’ve done enough. You should always keep trying new things, making new music, etc., but you don’t need to always be actively pushing it in everyone’s face. Let people sit with it. Let them dwell on it. Ultimately, your art will speak for itself, so the best you can do is give it to people and let them decide for themselves if they like it or not.

All that said, it’s your right to be a critic. What did you think of my article? Yea or nay? Let me know on Twitter @robolitious.