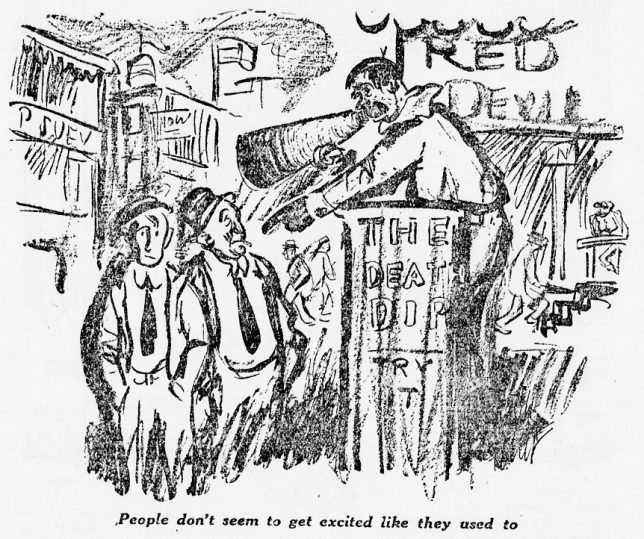 I’m still not sure how to answer that question.

When I told my wife that I sold my first picture book, she was excited. And I wanted to share her excitement. I really did. But I couldn’t. Don’t get me wrong: I wasn’t disappointed. And I didn’t want to disappoint anyone else by not being excited enough. But what I felt was something more like, “Well this is good.” Or that’s the best I can describe it.

I’ve been chasing this for a long time, and I know a lot of people, like me, more than anything want to have a kid’s book published. I know because they tell me when I mention what I do, or am trying to do. So I understand. I understand why I should be excited.

About seven years ago, I went to my first regional Society of Children’s Book Writers and Illustrators conference. My portfolio won best in show. I was excited. This, I felt, was the beginning of something. And when I got my first gig for Cricket Magazine, I was excited. And about four years later, when I convinced my agent, Abigail Samoun to represent me, I was excited.

Very slowly and very gradually, while I was struggling and working hard and feeling inadequate, it happened.

And then the process began. My agent turned down my first few children’s book ideas. Then, my first attempt at a YA novel. Then I sent her a story I wrote called “Ladybug and Gentleman Beetle” that I wanted her to submit to a children’s magazine. This, she liked, and thought that it would make a good picture book instead. We submitted it to various publishers but they all turned it down. The most common complaint was that it was “too quiet” (but that’s an entirely different discussion).

Over the years that followed, my agent turned down a middle grade book and several other picture book proposals. I don’t begrudge her these rejections. She knows the business. She knows what she can sell.  And I was learning too, that not all my projects were worthy. I wrote a second YA novel that I didn’t bother to submit to my agent because I didn’t think it was up to snuff. We submitted four more picture book proposals. We had a lot of almosts, but nothing stuck.

I got tired of waiting for permission to make a book, so I decided to self-publish. I collected a bunch of short pieces I’d done into a book called, (Mostly) Wordless. I  raised over $10,000 on Kickstarter. The book got picked up for distribution by a small press publisher. This was also something to be excited about. But it was a very small print run, sales were modest, and the effort to get it funded and get it out there took up much of my year.

There were more picture book proposals and more rejections. During this time, I wrote and drew two stories for SpongeBob Comics. I was happy about this. I was proud of the work.

Then at the end of last year, Amy Novesky from Cameron + Company asked me if I was interested in doing a longer version of a story that appeared in my self-published book, (Mostly) Wordless, Ella and the Pirates.  Reluctantly, I did a book dummy (a mock-up of the book), knowing that it wasn’t likely that I would be able to submit it anywhere else, since wordless books aren’t very popular with publishers. Cameron + Company rejected it, but Amy was still interested in my work, and asked, “Did I have anything else?”

Of course I did. I had done a book called Red, a wordless twist on Little Red Riding Hood. It was meant to be one in a series of color and fairytale-themed books in a tiny format, sort of like Maurice Sendak’s Nutshell Library. I finished one of these little books and did covers for two others, Yellow and Blue. Amy got back to me almost immediately and said she loved them, and did I have an idea for a Green? I quickly came up with an idea for Green.

Soon after, Amy said they wanted to do Red, but in a larger format, with the option to do the other three books if the first was successful. But the contract hadn’t been signed yet, and after so many almosts, I wasn’t sure if I could accept that this was a real “yes.”  My agent assured me that it was. The contract was signed. The book was to be published in the spring of 2018.

2017 would mark 20 years since I graduated from art school. If I told my 24-year-old self that it would be 20 years before he finally got a real book published by a real publisher he wouldn’t have believed me. He knew that he was headed for big things, and that his inevitable success was just around the corner. Not 20 years around the corner.

So after nearly 20 years, I am making my first picture book. My first, if you don’t count my self-published book, (Mostly) Wordless. And I will be glad that it exists and that I can officially call myself a Children’s Book Author. But when people congratulate me and say, “Are you excited?” the most generous thing I can do is to at least make a convincing impersonation of it, but genuine excitement I cannot manage. However…

Last summer I taught a comic-book-making class to kids. I showed them the SpongeBob comics I’d done. Spongebob to kids today is basically what Scooby Doo or Bugs Bunny was when I was a kid. And I drew SpongeBob. This made me instantly cool. Or cool enough to a bunch of 10-year-olds.

And just a few weeks ago my publisher sent me a link to Publisher’s Weekly. There was my face next to an announcement about the sale and upcoming release of my new book, Red. I proudly posted the notice on Facebook. My peers congratulated me, and one of them said, “I noticed that,” because apparently Publisher’s Weekly is a thing that people see, especially those in my industry. And that’s when I started to feel it.

It was less a feeling of excitement than a new kind of comfort and confidence. Very slowly and very gradually, while I was struggling and working hard and feeling inadequate, it happened. I draw comics. I make books. I’m doing what I’ve wanted to do since I was a kid. No, I didn’t “arrive.” There was no “big break.” It was more of a slow gradual climb up a steep hill that’s just starting to level out. And for the first time in a long time, I no longer feel like a fraud or a failure. Not that I expect it to get any easier. But this, finally, is what I do.