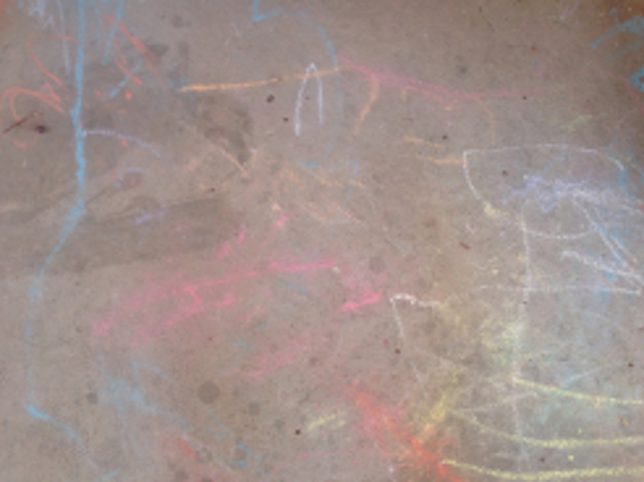 I am a bit more than halfway through my year-long, self-imposed Artist Residency in Motherhood, founded by artist Lenka Clayton. The intention of ARiM is to reframe motherhood as a valuable site of inspiration rather than an obstacle for making art. As I am in the midst of parenting two young children, I have found this pedagogical shift incredibly empowering.

By working from my experiences, I have been able to make connections between family life, domestic chores, and the inner work which I continue to do as a way to maintain sanity through what is often chaotic and stressful times. Due to these recent insights, I have debunked two lifelong myths I have had about myself, and as a result it is allowing me to bring humor (play) and more emphasis on the idea (concept) to the work. By doing so it is taking me in surprising new directions, which I am very much enjoying.

One quote that demonstrates this joy was a spontaneous play with words I made from a quote I had written down in a past Dharma talk I had been to. 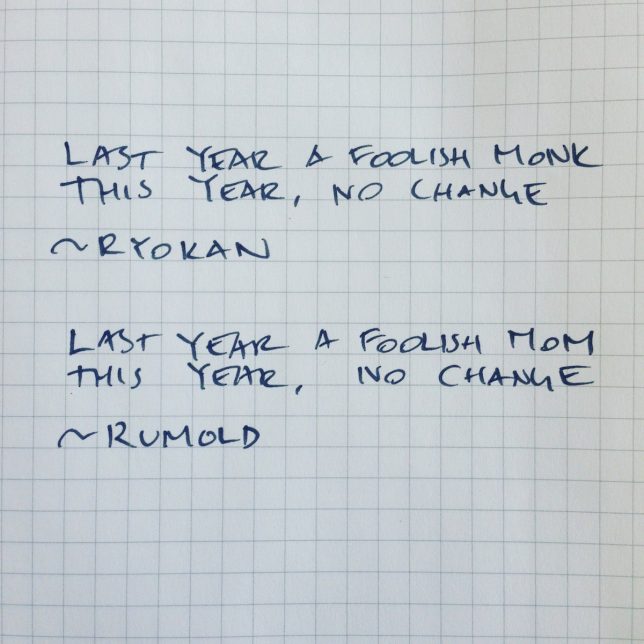 I realize that this humor is necessary for me to continue to maintain so that I can forgive myself when I make mistakes as a parent. I will continue to look for such humor wherever I can.

In addition to following my own experiences as creative prompts, I have also been reading the book The M Word: Real Mothers in Contemporary Art, Written by Myrel Chernick and Jennie Klein. So far I am gathering that much of the work that deals with motherhood and art somehow involves notions of: time, measurement, tracking, recording and documenting. I expand on that list to add other key ideas which include: tracing, cutting, pasting, collaging, drawing, writing, organizing, categorizing, stacking, rolling, folding, storing, scrubbing and picking up.

Jumping off some of these ideas, I return back to my own personal experiences for inspiration, specifically the notion of memory. Since my second baby was born, I have lost my short-term memory. There is actually a real term for this memory loss within the first 12 months of motherhood and it is called Momnesia. The cause of this memory lapse is due to a hormonal imbalance including repressed estrogen levels and a mammalian hormone called oxytocin. It sounds very strange, but it is very real! Here are my first pieces which explore this unusual phenomena through the exploration of “mnemonic memory.” 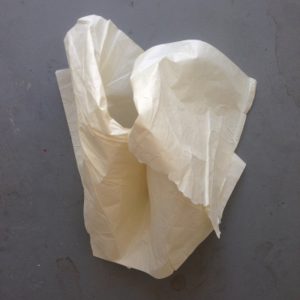 Paper object to remind me to close the front door when I’m leaving. Image by Danila Rumold. 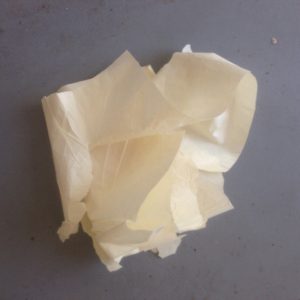 Paper object to remind me to put washed laundry in dryer. Image by Danila Rumold. 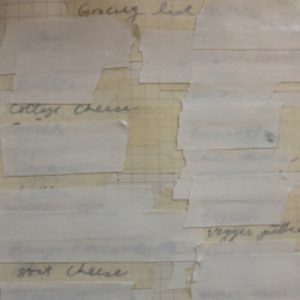 Grocery lists covered in tape so that I have to uncover items to remind me to actually buy what is on my list. Image by Danila Rumold. 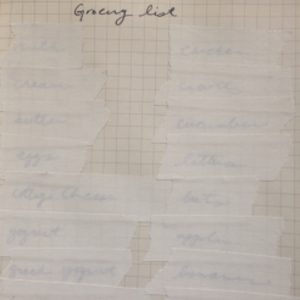 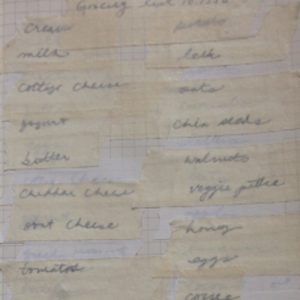 Although they began as a bit of a joke I am thinking about how to move the idea further. I am beginning to think in terms of drawing and painting as a next step.

Another idea which began the whole series was the notion of sleep deprivation. I asked myself what are the two things I missed after having babies. The first was sleep, the second was making art. Then I asked, what if I slept on paper? And so began these “domestic landscapes.” I began pinning them on my wall after playing with how they could be folded and what shapes might be interesting. Once again, the next step I envision is making drawings and paintings from them.  I also have been thinking about the stillness of Giorgio Morandi’s paintings and the simplicity of his shapes. It is inspiring me to get my paints out! 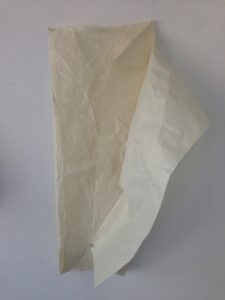 Folded Kozo paper after being slept on for one week. Image by Danila Rumold. 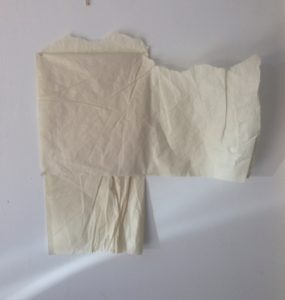 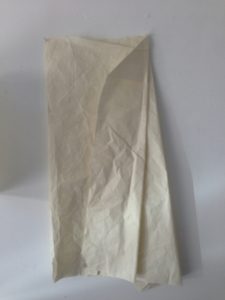 Within the realm of exploring sleep I also began some collages with the slept-on paper that incorporate herbs that induce sleep or sleepiness. Ever since my first pregnancy I became deeply involved with using herbs as medicinal remedies including sleep inducing teas and bath salts. Amongst two of the power hitters for these purposes are lavender and chamomile. I also use them with my kids to help calm and soothe them into sleepy states (which rarely come about naturally for them!). 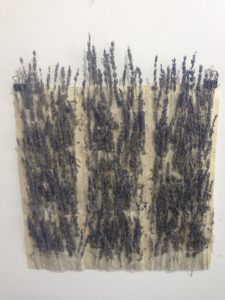 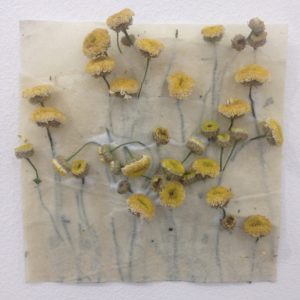 Finally, I am also exploring my daughter’s visual pre-alphabet expressions. So far I have captured photos of a specific shape she continues to use to represent various things to her. In the first drawing I quote Emilia describing it to me where she said, “This is you, this is me. It’s a rainbow. It’s daddy. It’s Oli.” In a nutshell, our family. 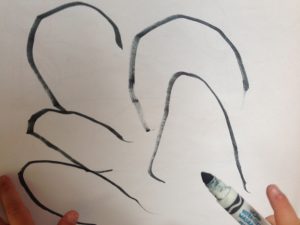 This is you this is me. It’s a rainbow. It’s daddy. It’s Oli. Image by Danila Rumold. 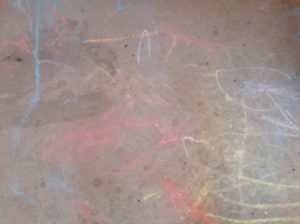 I will continue to develop these various sequences as I continue my Artist Residency in Motherhood, and I continue to dearly miss a good night sleep. You can also follow images of my work on Instagram.