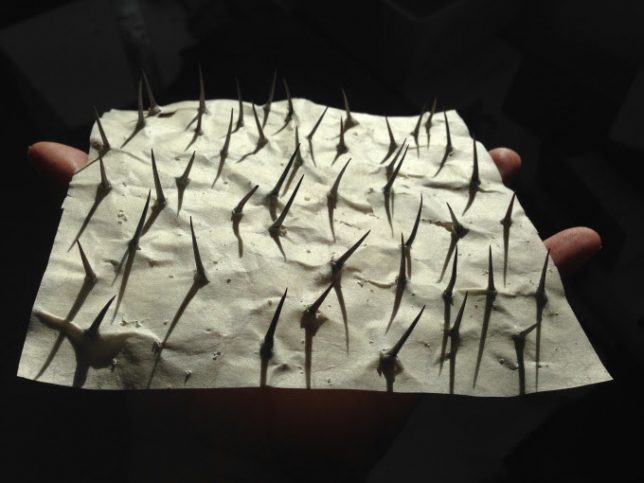 Holding my own Dukkah (pain). Art and photo by Danila Rumold.

With the closure of every year and the start of a new one, a person often resolves to change an undesired trait or behavior. This year, instead of making a list of things that I wanted to change or fix, I simply sat and meditated. By doing so, I saw that I was stuck. And when we are stuck we postpone.

What had I been postponing? I wasn’t allowing myself to feel the difficulties I was experiencing in my life. As a result, I was restless and overrun with craving as a means to distract me. 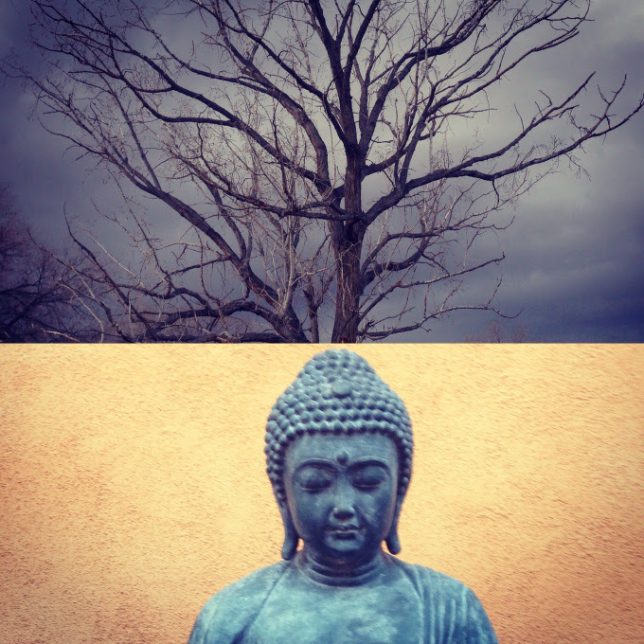 This suffering which I have been feeling and which the Buddha expounds on is a universal phenomena. Currently in the United States, the political climate of our nation (whose democracy and people are being threatened) is creating an overwhelming amount of fear and pain.

As a way to address this collective suffering, I created “Thorn-bed.”

The idea of thorns as a metaphor for pain came to me during my daily walks by a neighbor’s garden filled with a variety of desert cacti. Every time we walk by my toddler says, “Ouch, don’t touch! Be careful mama.”

Among the fiercest of thorns are those of the ocotillo. Taking some clippings that bent over the path of the sidewalk, I held the plant in my hands and learned that if I twisted the thorns in the direction that they grew, they would pop off without being cut. Trying a few variations with the Kozo paper I have been working with in my “Queen Sheet” series, I resolved on one where I simply pierced the thorns through the sheet and used masking tape to adhere them to the back. Using matte medium and more sheets of kozo, I backed the entire piece to ensure they would hold. 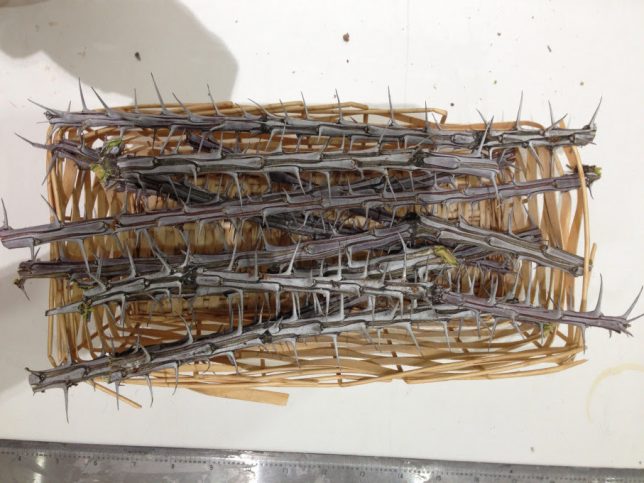 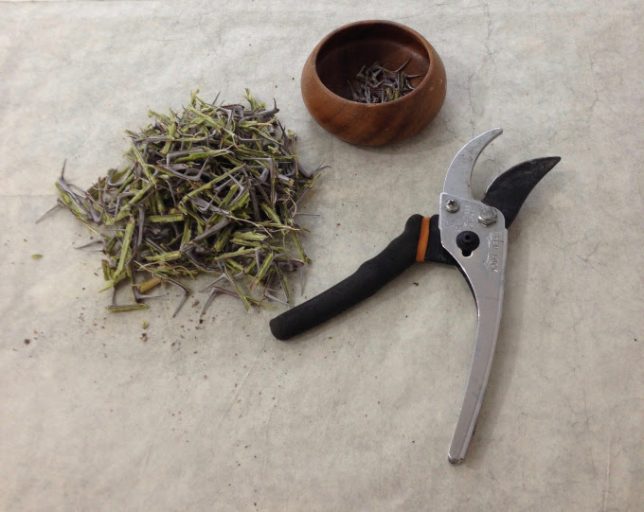 Since making this piece I have been thinking more about how to use local plants in my work, and it led me to research more about the ocotillo plant. I discovered that at the core of its action, ocotillo medicine is used to move stagnation. Thus “thorn-bed” has a double meaning suggesting pain, while acting as a remedy for ending the phenomena of being stuck, blocked, or otherwise suffering.

The process of making and contemplating “Thorn-bed” has provided me much insight into the benefits of staying with suffering and the fleeting nature of its origins. 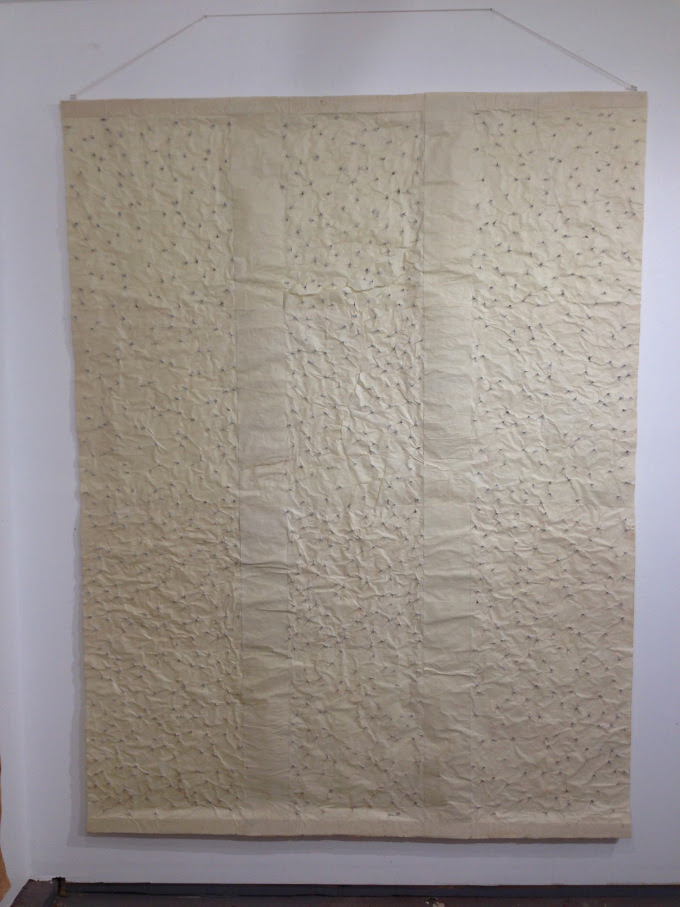