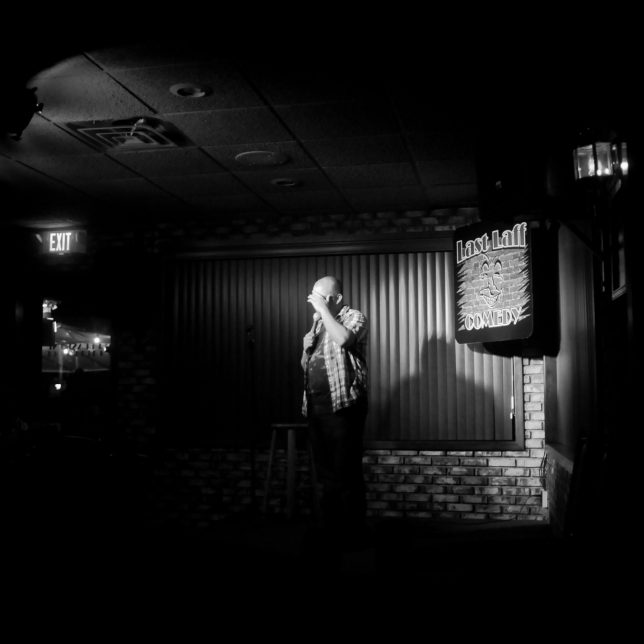 “How can I take action?”

These were just a couple of the questions being asked in the wake of the 2016 presidential election. As the inauguration approaches and the reality of the next few years sinks in, creatives all over the country are looking for ways to activate their communities and do what they can to lend their support. If you’re in a similar position, one thing you can do to act now is to put on an event that benefits a cause you care about.

I talked with four comedy producers that did just that: planned and executed events ranging from local one-off shows supporting the homeless to a nationwide comedy festival. Nicholas Starr (Shits and Giggles show to benefit the homeless with hygiene), Genevieve Mueller (See You in Court Benefit for Planned Parenthood and ACLU), Vanessa Gritton (List of Demands Comedy Festival in LA), and Emily Winter (WHAT A JOKE national comedy festival to benefit the ACLU) shared their experience. Hopefully you can use their best practices to follow in their footsteps.

Here’s what they had to say:

First and foremost, take some time to identify the purpose behind your event. What do you care about? Which issues can you shine light on? What organizations share these beliefs and would benefit the most from your action?

Starr and his co-producer, Kevin Baca, saw a chance to support those in need in Albuquerque by supplying local homeless shelters with hygiene products. This was the starting point for their benefit show. For other producers, it was an emotional reaction to the election results themselves that inspired them to act. Gritton says she was inspired to start her comedy festival due to the anger she felt from “everyone patting my back on election night and telling me I [was] going to be fine.” Use whatever lights your fire to make your moves.

After you’ve identified the cause, it’s important to contact your peers and colleagues for support and to gauge interest. Both Gritton and Mueller mentioned reaching out directly to people on Facebook for participants, volunteers and venues. Winter and her co-producer, Jenn Welch, connected with comedians and producers in other cities to see if they’d be open to participating in a national event.

Winter says, “The response was so overwhelming and positive that I cried at work like an unhinged booger baby. What resulted is bigger than I could have hoped: A 30-city festival that’s been written about in Splitsider, Paste Magazine, The Laugh Button, The Comic’s Comic, Best of New Orleans, Knoxville Mercury and Christian Science Monitor.”

Other people are out there who likely feel how you do and would love the chance to help out. Don’t be afraid to ask.

Get the word out.

When using social media to promote your event make sure that you:

There are other tactics you can take to spread the word about your event that are also free or low-cost. When it came to promoting List of Demands, Gritton found that a large group of attendees heard about the fest from her guest appearances on podcasts where she made a point to promote it. For What a Joke, Winter and Welch reached out to a publicist who donated her time to help the nationwide fest get multiple mentions in the press. They combined this strategy with grassroots efforts being done by each city’s producers to reach out to local media.

A well-timed press release can go a long way and this link can help you write one, if you’re looking to go that route.

If you’ve identified an organization behind the cause you care about and you’ve chosen to use your event to support that organization, your next step is to collect as many donations as you can for them. Collecting donations can happen in a multitude of ways from collecting money throughout the evening to asking for a gift of hygiene products at the door as the “price” of admission (as was the case at the Shits and Giggles event).

Here a few ways to fundraise during your event:

Whichever strategies you decide to use, make sure you have the host of your show highlight them from the stage. Above all, make it as clear and easy as possible for the people in attendance to donate to your cause.

At the end of the night, take inventory on how many donations you received and make a plan to get it to the organization within 24 hours. If you’ve asked for goods to be donated instead of money, make sure you have the means of transporting them. If donations have come to you in cash and the organization has asked specifically for an online donation or a check, deposit the money the next morning and make the donation immediately. You’re accountable for the charity of others now. The best way to do right by them is to turn it around lickity-split and report back that the money has been given in their name.

Keep up the good work.

One benefit event is helpful. Supporting other benefit events is helpful too. Keeping an eye out for when you can use your skills as a creative to continually support causes can quickly become the track toward a meaningful life’s work. Donations to organizations are always a concrete way to help but doing the work can take other forms too: volunteering, spreading awareness, standing in solidarity, and speaking out, among others! If you want to help, if you want to act, the need is out there. You are needed. Act!

WHAT A JOKE is a national comedy festival happening inauguration weekend to benefit The ACLU. The Albuquerque WHAT A JOKE benefit show will be January 19, 2017 8pm to 10pm at Sidewinders. Tickets can be purchased on HoldMyTicket.com. You can follow WHAT A JOKE @WhatAJokeFest on IG, Twitter and Facebook.com/WhatAJokeFest.