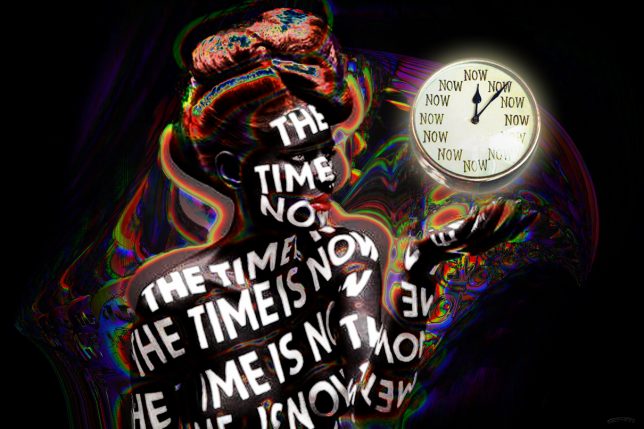 A number of technological advances are introducing themselves more and more prominently into our everyday lives, it seems, the closer we get to the year 2020. How can we incorporate technology into our lives as artists in a way that honors our daily creative work, but also takes our changing economy into account?

If you’re interested in what the “real world” has to say about careers that are most in demand, Fast Company recently published a piece all about it. Basically, the sectors most in need are what you’d probably guess—i.e. healthcare professionals, IT specialists and data scientists will be in demand—so if you can manage a side gig specializing in any of these areas, you’ll be well-funded for the rest of the week when you’re working on your artistic career.

If you happen to have career potential in software engineering, the future of the Internet of Things is looking both promising and uncertain—uncertain because the trust factor is not as high as it needs to be for IoT to really take off. This is because people fear the phenomenon of their workplace being “always on,” never allowing them any downtime. This concern, according to the University of Southern California, “reduces morale and makes off-time less restorative.” However, one advantage of IoT is the potential of a safety system that can inform relevant parties before danger arises, in industries such as manufacturing and resource extraction. At the end of the proverbial day, ethics must remain front and center in order to give IoT the ability to help us more than it harms us.

May this be a rallying cry to us as writers and artists to not cease in creating art, but rather to increase our production.

If you’re lucky enough to sell and market your art as a self-employed artist, there are some key business and marketing trends you’ll want to know about. The first is mobile payment technology via platforms such as Apple Pay, Android Pay and Samsung Pay. The second is increasing popularity in subject matter expertise and advice offered via a blog or real-time customer service chat windows. Consumers are especially interested in niche and curated merchandise these days, so the more you can satisfy a need for something unique and truly different, the better.

There’s also an interest in companies that provide customer service via social networks like Facebook that create a sort of extension of social networks into the marketing sphere. Emerging technologies like the Internet of Things, artificial intelligence (AI), and virtual reality (VR) will play an increasingly important role in marketing, so brainstorm ways you can create virtual worlds for your clients that introduce them to your products or services. It’s likely, of course, that you aren’t personally trained in the creation of VR worlds, however, you might consider recruiting somebody with a degree in animation or graphic art to help you enhance your site.

Another area where there’s potential for interesting work is in the streaming music industry, where you could look into playing a role in the future of intuitive playlist algorithms—one of the major ways AI is influencing people’s everyday listening choices. Music streaming services like Spotify and Pandora are exerting a huge influence on user playlists, which may inspire you to get involved in order to help determine the artists and albums that end up on people’s personalized playlists. At Apple, rather than being shaped exclusively by AI, the playlists are curated by human experts, including musicians and musicologists—potential jobs that could be of interest to artists with musical leanings.

Of course, there’s no need for art and technology to live at odds with each other, yet our society’s default response seems to want to separate the two realms much of the time. As John Maeda points out, the cliché is for artists to be “expressive eccentrics,” while scientists are “technical introverts.”  I’d argue that some of the most creative thinkers fuse the worlds of science and art quite seamlessly in the tradition of Leonardo Da Vinci, who was educated quite broadly and deeply in science, medicine and art. There’s a movement in education to return to this kind of interdisciplinary approach with the STEAM movement as well as the International Baccalaureate program.

Steven Tepper recently mused about careers for artists living in our new gig economy. Via the blog of the National Endowment for the Arts he argues, “Artists must be central to conversations about this ‘new’ world of employment,” and that arts schools and programs should make “entrepreneurship and other business skills a requirement of study, not just an option, an elective, or a special program.” He goes on to argue that we should also help arts students utilize their skills, and that we need to connect artists with jobs and resources that utilize their skills in order to create a place where artists belong in the new economy.

Tepper ends by pointing out the need to reinvent our “existing arts infrastructure,” making it more hospitable for creative individuals. Extending this argument further, Alice Bonasio emphasizes the importance of creativity to the future workplace, calling for “an entirely new value system for both education and work” that values creativity, first and foremost, but also curiosity, conflict and ingenuity. Bonasio writes, “We need to enable creative thinking in all aspects of business management.”

Part of this creative thinking may also be defined as being open to future changes in our places of work, including the introduction of artificial intelligence (AI) into the desks and cubicles beside us. Although the thought of this inevitably scares many of us, we should, as former President Obama suggests, think of it as, “analogous to how we use calculators. It’s an extension of our intelligence.” Mara Falstein goes on to argue that, not only should we identify the origins of our fear, but that we should embrace the unknown as a learning opportunity.

In addition to being trained and educated in a broad, integrated way, we as artists must find opportunities to collaborate with engineers, computer scientists and and other technology professionals as often as possible. Much exciting work is being done in immersive journalism, which uses VR as the medium through which a user experiences the setting and circumstances being reported, rendering the world therein more vivid and ideally more memorable as a result of it being presented through an immersive mode of storytelling.

Nonny de la Peña, for example, has reported extensively about the homeless crisis in downtown Los Angeles in order to bring the situation to life for the person wearing the VR goggles. Often called “The Godmother of VR,” de la Peña believes in creating a world that generates a stronger sense of empathy with the situations and people portrayed than a typically written, third-person news story. While VR allows for a much more vivid experience of a news story, it also allows for a great deal of moral ambiguity that must be taken seriously as a responsibility of good journalism to resist skewing the portrayal of a situation one way or another.

That said, it is vital to remind people of the essential nature of art. As Denise Levertov once said, “Insofar as poetry has a social function it is to awaken sleepers by other means than shock.” May this be a rallying cry to us as writers and artists to not cease in creating art, but rather to increase our production. We must produce work of beauty that reveals truths not so easily gleaned from the common news of the day, or perhaps responding to the news, but then also transcending it to create work of lasting value that speaks to our common humanity and stands as a respite from the siege of fear-based reporting that is so often thrown in our faces, attempting to make us afraid of each other and ourselves.

Art on, then, fellow artists and writers, musicians and poets. Art on.