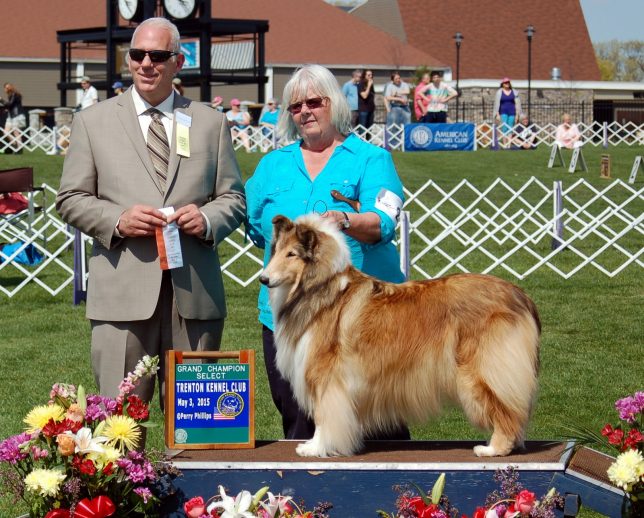 In dog shows, a dog wins Best in Show if they represent the best of their breed. They’re judged on a variety of criteria: teeth, color, coat. Whatever the judges decide represents an ideal specimen; the archetypal Lhasa Apso, German Shepherd or Poodle, no mongrels or deformities allowed. These are The Best in Show. There are Best In Shows for heirloom tomatoes. For the biggest pumpkins.

Most of us like to get prizes. I’m no exception. The Society of Children’s Book Writer’s and Illustrators, or SCBWI, is the premier organization in my field. At the first regional SCBWI Conference I attended, I got Best in Show. I was elated. And then at the second one I attended, I got honorable mention, but still received a fair share of praise. At my third, I also got honorable mention, and one of the judges said—well, they said a lot of things, none of which were too terribly useful. By then I already had an agent. It would still be a couple of years before I got my first book sale, but I’d done work for children’s magazines and I felt like my work had reached a certain level of professionalism. I felt that, at that point, I had gotten pretty good at this.

Art is not a eugenics program. We’re all mongrels with our own unique deformities.

One thing the judges didn’t like was the size of my portfolio. It was 18 by 24 inches. When I was holding my giant portfolio under my arm at my first conference, I was immediately embarrassed that it was bigger than everyone else’s. I was sure I’d made a mistake. And then I got Best In Show. Among all the other praise, the judges said that they really liked the large size. This time, one of the judges said, before going into specific critiques, that some of the portfolios had too much work in them, and some of the portfolios were too big, and then she repeated the part about some of the portfolios being too big, and it was obvious who she was talking about. By my third conference, my portfolio had gone from Best in Show to embarrassingly and inappropriately huge, matched only by my huge ego that was now on full display.

I was upset. I was upset not because I hadn’t gotten Best in Show (or not entirely—a friend of mine whom I felt really deserved it received the honor that year) but because I didn’t get second place. I should have at least gotten second place. And when I was lamenting about how I had only gotten honorable mention, someone pointed out, “most of us didn’t get any mention.” I can’t imagine how entitled I sounded. But I couldn’t seem to help myself. I’d been robbed. I haven’t been to a SCBWI conference since.

I’m grateful to the organization. I wouldn’t be in this business without them. And it’s not that I’ll never go again. It’s a good place to meet editors and art directors. But for now I’m content to have my agent handle that end of it. She’s better at it, and doesn’t wear disappointment on her sleeve quite as obviously as I do. I’m trying to learn to be more of a grown-up about this, but I don’t like to lose, and as soon as I’m put in a position of competition my lizard brain goes right into action and nothing gets in its way.

You’ll often hear professionals in the arts in general say that awards don’t matter. But once we know we’re in the race, most of us can’t hold back our inner lizard from trying to gnash its way to the finish line. We can pretend we don’t care. We can try to be as gracious as possible. And sometimes this grace is more a matter of social finesse than genuine feeling, especially when the moment comes, and you’re in it, and you didn’t win the prize you were sure you deserved.

At an SCBWI conference, everyone who pays their fee, professionals and amateurs alike, are in the running for Best in Show. If you want to show your work, it will be up for formal critique by a panel of judges. Once you put your portfolio on that table, everyone must stand on their marks and wait for that bell to ring.

The panel is made up primarily of editors and art directors. Which means most of them are capable of giving you a job. So not only are you there to be judged as the best specimen of your breed, but the future of your career is also up for consideration. Most of us at these conferences aren’t even close to making a living at this, so the stakes are that much higher. It could mean future work. And these judges become not only the arbiters of quality and taste in the room, but in some measure, they represent your future ability to pay the bills. And in that room and for those few hours, the opinions of these judges mean everything.

Sometimes, if you’re just entering the field, their critiques can be very useful. Sometimes they’re dead-on. Sometimes they’re not. Often it’s hard to know. And at times it can be a very reductive and belittling process, especially if you’ve already achieved, if not yet success, at least a foothold in the industry. I felt like I’d done at least that. I had an agent. I’d been published in Cricket and Nickelodeon Magazine. I felt like I’d gotten pretty good at this. But once I was in that room, it was up to these few individuals to determine my worth.

When do the critiques end? When will it be assumed that, they might be able to use what I do, and they might not, but I still do it well?

When do the critiques end?

The answer, is never. At least if you want to display your work at a regional or national conference. There’s always a Best in Show. Comparing what I do well to what a dozen other professionals do well, and deciding who does it best, doesn’t make a whole lot of sense.

To be absolutely fair, this is not unique to the SCBWI, but is prevalent in the arts in general, particularly at a commercial level. When I was in school, everybody wanted to get a gold medal from The Society of Illustrators. I still do. I still want all the prizes. I still want a Caldecott and a Newberry. In the entertainment industry, no matter how much they pretend they don’t care, everybody still wants their Emmys and Golden Globes and Academy Awards. Bob Dylan won the Nobel Prize for Literature, even though, more than likely, he didn’t know he was even in the running. Brass rings are awarded whether or not you happen to be reaching for them, and those who turn them down  or are not sufficiently grateful come across as arrogant and ill-mannered.

I think criticism is an important mechanism in the arts. Formal evaluation helps us understand the work better, not only as artists, but as a culture. It keeps the arts honest. But I think formal competition absolutely doesn’t. It reduces us to the finest specimens. The archetype of Best Illustrator, Best Author, Best Artist. But art is not a eugenics program. We’re all mongrels with our own unique deformities, and that’s what continues to keep artists and the arts in general interesting.