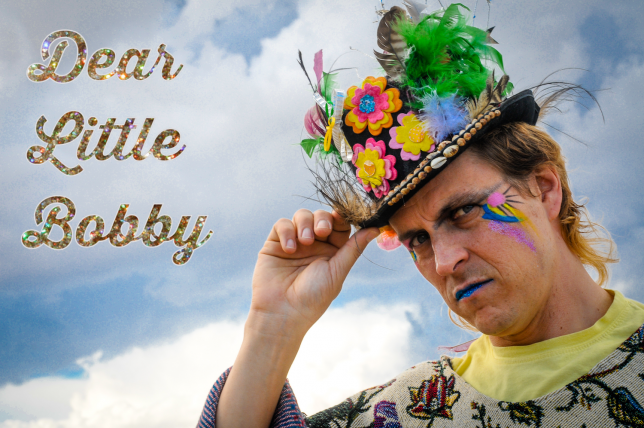 At the age of 73, Barry Manilow came out as gay. My question is, why would he wait so long to finally come out? He had the luxury of being a privileged, rich man who could hide his sexuality for all these decades, yet many other people do not have that privilege. In order to combat homophobia, we need more people to come out, now!

First off: Get over yourself! Barry Manilow never owed you or anyone else any information about his sexual orientation. And second: Are you really that surprised? Did you think he was married to a woman named “Mandy”? I am not claiming I have gaydar. My point is, do not try to figure out anyone’s sexual orientation unless you are interested in having sex with them. Until then, it is none of your business. And even then, just because you might want to have sex with somebody, that still does not mean their sexual orientation is any of your business.

Did you think he was married to a woman named “Mandy”?

I also have some other shocking news for you about Mr. Manilow—you might want to sit your impatient self down for this. Are you familiar with Barry Manilow’s #1 song called “I Write The Songs”? It was his biggest hit and in 1977 it won the Grammy for “Song of the Year.” But Barry Manilow did not write “I Write The Songs.” It was written by Bruce Johnston of The Beach Boys, my favorite vocal group of all time. According to Bruce Johnston, the “I” in the title does not refer to Bruce, nor to Barry—the “I” refers to God, the divine creative force of the universe which causes us creative types to do what we do.

Barry Manilow has successfully entertained a lot of people over many years with his songs, many of which he wrote, and some he did not. You referred to him as a “privileged, rich man” almost as if you think that being born poor, Jewish and gay in 1943 would be an easy life for anyone. I have not studied his life, I am not even much of a Manilow fan, but I respect that he is himself. I also respect that, when I do the math, he was a gay man in his 30s when the AIDS epidemic was exploding in this country. A country which not only ignored the crisis for years, but while the majority of Americans were turning their backs on AIDS victims, other Americans were actively persecuting the victims, survivors, all homosexuals and anyone who even “seemed” to be homosexual.

As far as needing more people to come out as gay, I agree that our modern civil rights movement needs as many people as possible to be themselves and for us to work together for change. But people “being themselves” also means that they are allowed to not talk about their private life for as long as they do not want to talk about it, maybe even forever.

From what I have been reading while I did research to answer your question, Mr. Manilow was raising millions of dollars to fight AIDS many years before you and I were discussing this. So I am sorry if you did not see him at the Pride parade last year; maybe he was busy fundraising. Either way, I am glad that he came out, if that is what he wanted to do and that he did it whenever he wanted to do it. And I am happy for him and his husband that they have spent almost 40 years together. #relationshipgoals

“You wouldn’t believe where I’ve been | The cities and town I’ve been in.” —Barry Manilow/Marty Panzer, “It’s A Miracle” 1974