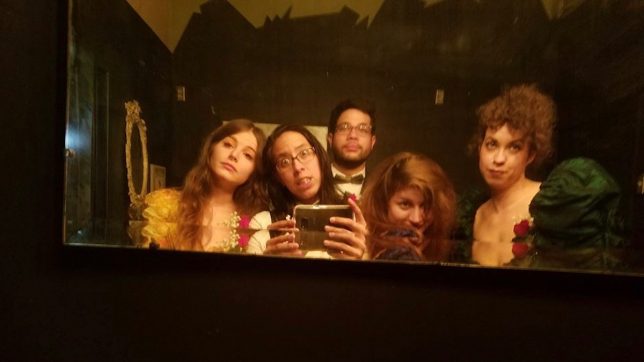 In today’s installment of What’s Your Deal?, Albuquerque’s Prism Bitch gives us the lowdown on the bitches in the band.

Soul punkers made of stardust and light that bring a diverse offering of sounds from synth-y grooves to screaming thrashing! Four badass bitches that play to their hearts’ content. And there is a guy who plays with them and he’s cool toooooo! New recording out this spring.

2. Tell me about your background as performers.

Emma Crane is our newest facet of the prism—she’s got a mystique around town as one of the finest songwriter/guitar shredders you will rarely catch playing solo sets—WE HAD TO HAVE HER! She’s also been in some amazing bands around Albuquerque and works as a sound engineer.

Lilah Rose was born and bred in Arizona, pretty much singing and playing music straight outta the womb (her mother and brother will testify to this). She was probably in Albuquerque for like, five seconds before everyone was bananas for her sweet jams and charm. She’s also a filmmaker and actor.

Teresa Esguerra is the backbone of the outfit, the heart that pumps the blood—so experienced and so very humble. She has been drumming since she was a kiddo and Prism Bitch drew her out of retirement. (Retirement from being in bands…like that was gonna last.)

Lauren Poole and Chris Walsh initiated the band and have been collaborative bros for (holy shit it’s been…) 10 years—meeting in Blackout Theatre and co-creating the Shit Burquenos Say videos, among other projects.

Chris is also a member of the Red Light Cameras, a well-loved Albuquerque favorite and definitely a band to look out for. He’s also a badass filmmaker.

Lauren moved into the music world from theater/film/improv/burlesque, etc. when she slowly realized that in all those different modes of performance the thing she gave most of a shit about was performing musically in front of an audience. She gets bonus ya yas when she makes people laugh at Prism Bitch shows. 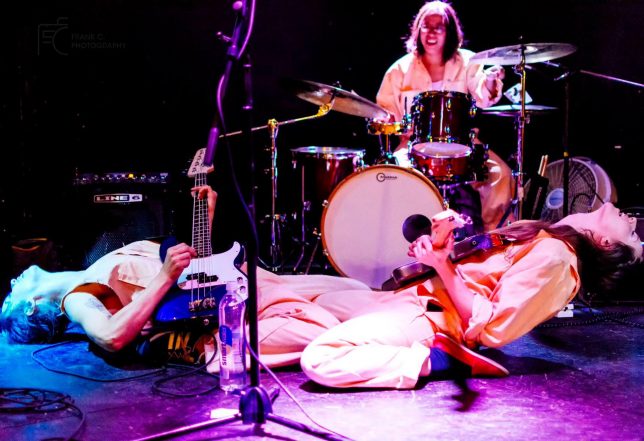 We’ve been really lucky to not really have any bad gigs yet. Though, we did perform in front of a bunch of really talented kid musicians (at a “school of rock” style summer camp) who made us look like amateurs!

[Aside from their fellow Prism Bitches, because they all said “my bandmates.”]

Emma is currently touring with this really great one-person band called Clarke and the Himselfs and she is FANTASTIC. She plays guitar and drums and sings at the same time.

Lilah loves her some good ol’ fashioned Stevie Nicks. “She’s so soulful. When I hear her sing it makes me want to jump on stage with her and sing harmonies with her.”

Teresa can always be found drumming along to Pantera, Ratt, Fugazi—but most importantly she is a Rush head.

Lauren’s been digging on the Lower Dens, Tele Novella, and this band we toured with in the fall, Leo Leo. She also loses her shit over Lilah and Emma’s solo projects. (Emma’s new music is coming out soon.)

Aspiring performers need to perform as much as they can—don’t wait until you’re perfect to perform cuz it will never happen. Have fun with it and keep going.

Trust your instincts and find a project where you can put some of that trust in the people you play with. It’s like magic.

Hold yourself and your collaborators to the “Don’t be a Dick” Golden Rule.

Surround yourself with kind people who inspire you.

To catch Prism Bitch live, keep an eye on their Facebook page.