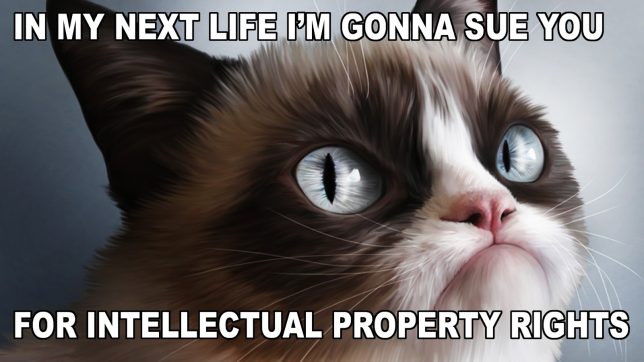 Dear Rich: Last year I was the main actor in a music video. It was first released on Facebook where the view count currently stands at 1,075,106. The video was then uploaded to YouTube where it now has 1,940,685 views. The song that the video was based on, then went on to be a number one. This video started this band’s pop career. It is still their most famous song. But, I never got paid. I had a YouTube channel at this time, so the band knew me from that, and we are from the same area. They asked me would I be in it. I said yes. There were no contracts, no personal releases, nothing. I was never acknowledged on any of their social media accounts but my image was used widely. Do I have any rights?

First of all, congratulations on being viewed by more people than the combined population of South Dakota, Delaware and Montana. Although your numbers pale when compared to Grumpy Cat or OMG Cat, you do have something in common with those feline YouTube stars: You’re not likely to see a paycheck. Here’s why.

Right of publicity. State laws that prohibit the unauthorized use of your image or name to sell a product or service are known as the “right of publicity” laws (see the dust-up over a recent music video). You have two problems asserting this type of claim: 1) you authorized your appearance by saying “yes” and by participating in the video; and 2) creative works like music videos are commonly excluded from these laws under first amendment (freedom of expression) principles. On the other hand, if the video is used to sell a third-party product or service—for example used in a car commercial—then you would have a reasonable claim that your rights were violated.

Written agreements. We always prefer written agreements as they spell out rights and obligations (and payments, if any). But in the absence of a written agreement, a court is likely to presume you made an oral agreement and obtained compensation other than money for your appearance—for example, exposure for you, or your YouTube channel. In summary, unless you can prove you agreed upon (or are entitled to) a payment, you won’t be getting any checks in the mail.

Other possibilities. There are some peripheral legal possibilities. If your footage was used in a manner that defames you—for example, the footage is manipulated so you appear as a racist—you may have a claim for defamation. Alternatively, if you wrote the script for the video, you might be a co-author of the copyright of the video and you may have a right to revenue attributable to the video. Finally, if you had negotiated for a credit and failed to get one, you would have a breach of contract claim.