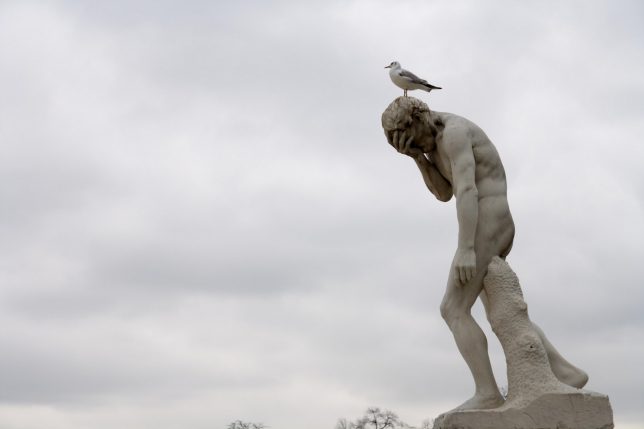 As much as I love the show “Mad Men,” at the center of it is a lie. Since the show’s creators have chosen to use historical ad campaigns for their fictional characters to pitch, it gives it an air of authenticity. But this comes at a cost: The show is beholden to the corporations that currently own the rights to the products those campaigns promote. And so there is no distinction made between what the show is selling us, and what the show is dramatizing. The characters appear to be true believers, selling directly to us, with no indication that they might question the product’s quality or integrity. It’s the ultimate form of product placement.

The job of advertisers is not to inform us or educate us. It’s to manipulate us, to coerce us, to do whatever it take to compel us to buy the product. But the characters in “Mad Men” are never shown, in either their work or private lives, to acknowledge the fundamental dishonesty of their occupations. This is only amplified when we see so many other incidences of the characters being cynical, and callous, and uncaring in ways that are authentic and recognizable. But for reasons that make no dramatic sense, the product is always sacrosanct.

So it turns out I can’t even pretend to be a true believer.

While I’ve never worked in advertising, as an illustrator, when I’m hired to do a job, I’m beholden to the objectives of the editor or art director. I’m typically there to compliment the message, not manipulate the audience. And for the most part, I’ve had the good fortune of doing work that doesn’t compromise my beliefs. But a few years ago I wasn’t so lucky.

Most illustrators I know—even those who are very successful—are terrified of turning down work, because as a freelancer you never know when that work is going to dry up. In my case, since freelance jobs are few and far between, it’s in my best interest to take whatever job I’m offered. There are certain exceptions (for example: I don’t illustrate self-published books) but for the most part, if the fee is reasonable and I know I can make the deadline, I can’t afford to discriminate.

In this case, the art director was a pro, and the magazine was one I’d already done a couple of jobs for. The problem was the story. It was about a subject that’s very important to me: mental health. I found the message it conveyed dangerous and misleading. Still, I didn’t feel I could afford to turn down the job. The magazine had been good to me, and I didn’t want to compromise that relationship.

At that point, once I agreed to do the job and signed the contract, it should have been an exercise in pure craft. As a professional, there’s a baseline of quality that my work has to meet or rise above, and I have to always hit that mark.

This time I didn’t.

It can be deeply frustrating and embarrassing to see your work in print when it’s at its worst. And while it’s no excuse, I’m convinced the underlying reason the work I did was poor, was in no small part because I didn’t believe in the story. This was completely my fault. I agreed to take the job, and no matter how I felt about the subject, that’s what it was: a job. Even more than the embarrassment of seeing the work in print, was the shame of not doing my job to the best of my ability for someone who was counting on me. I’ve had bad art directors and nightmare art directors, but this was one of the good ones. And I let them down.

Beyond all reason and good sense, the magazine hired me once more after that. While the work I did for the next job wasn’t terrible, it wasn’t my best. They haven’t hired me since, and I don’t blame them. But then, I haven’t gone out of my way to pursue them either. The experience still stings.

So it turns out I can’t even pretend to be a true believer. And no matter how much it might hurt my future prospects, it’s not fair to either myself, or the publisher, to take on a job that involves a subject that doesn’t sit well with me, no matter how much I need the work.

I read an interview with Matt Weiner, the creator of “Mad Men,” in which he described why he used the iconic “I Want to Give the World a Coke” ad for the final episode. At the time I saw the episode, I was sure it was meant to be ironic. But it turns out Weiner is the ultimate true believer. He explained in the interview how powerful he thought the ad was, because it featured people of different genders and ethnicities all singing in harmony at a time when images of people of color on TV were very rare. But what he doesn’t mention, is that all that prepackaged earnestness and progressiveness had only one aim: to sell a particular brand of sugar water, rendering the message as empty of substance as what it was pitching.